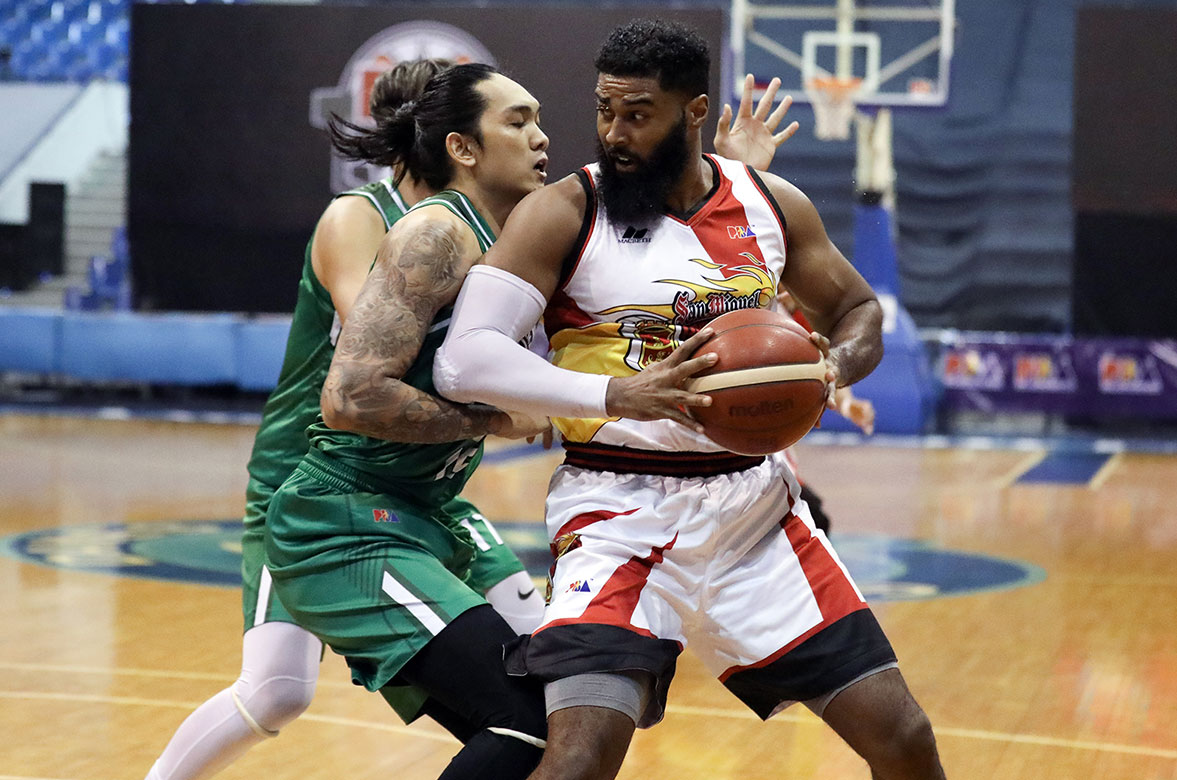 San Miguel finally snapped out of its funk and beat Terra Firma, 105-98, to return to its winning ways in the 2020 PBA Philippine Cup, Monday night at the Angeles University Foundation Sports and Cultural Center in Pampanga.

Mo Tautuaa led the Beermen’s spread-out attack with 25 points as the reigning, five-time champions showed promise that it could brave through the tilt following the departure of Terrence Romeo due to a dislocated shoulder.

“I’m so thankful to the players because of their sense of urgency. Even though we don’t have Terrence, the players stepped up. Nagkaroon ng distribution ng time,” said Coach Leo Austria as his SMB improved to 2-2.

2012 Most Valuable Player Arwind Santos finished with 20 points and 14 rebounds in nearly 41 minutes of play, while fellow veteran Marcio Lassiter supplied 18 points and seven assists in the victory.

Von Pessumal provided 17 markers built on five three-pointers off the bench, indeed his best outing in the bubble so far as he was just averaging 1.3 points heading into Monday night’s match.

Paul Zamar, who usually comes off the bench, was inserted into the starting lineup and he made the most out of it as he produced 11 points, four rebounds, three assists, and a steal in 27 minutes of action.

“Usually thirty-plus minutes kinukuha ni Terrence, but we’re able to rotate some players and it did good sa team namin. Those players off the bench really stepped up,” lauded Austria.

San Miguel, though, had to overcome a gutsy Terra Firma. The Beermen already established a 14-point lead in the third but the Dyip came back and chopped the deficit to just two, 73-75, heading into the last frame.

SMB, though, managed to get enough separation, before Lassiter, Tautuaa, Santos, and Alex Cabagnot joined forces for a 10-4 run to make it a 104-93 lead with 1:35 left to play to put the game away for good.

“The players’ pride, nag-exist. We didn’t want to be 0-3 in the bubble. That’s the hardest type to get, the first win in the bubble. Thank God we’re able to get this one,” exhaled the four-time Coach of the Year.

CJ Perez led the way once more for Terra Firma with 20 points, nine rebounds, and six assists in the loss that sank the Dyip to 0-3. Rashawn McCarthy had 15 points, while Juami Tingson chipped in 15 markers.

Both San Miguel and Terra Firma will see action on Saturday, Oct. 24. The Beermen will look to get going versus Alaska at 6:45 p.m., while the Dyip aims to end its struggles versus NorthPort at 6:45 p.m. 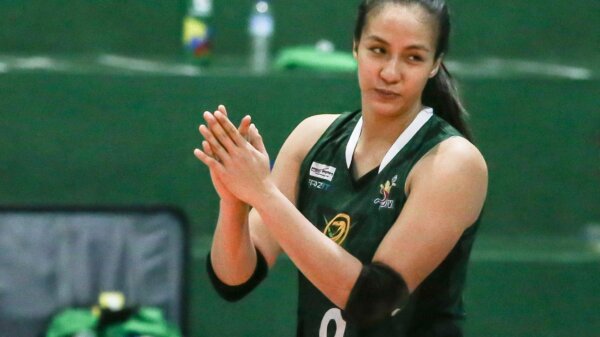 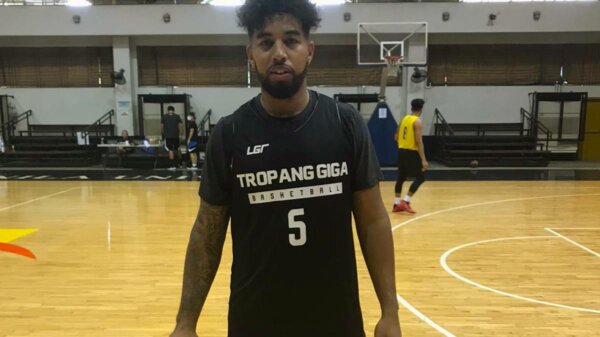 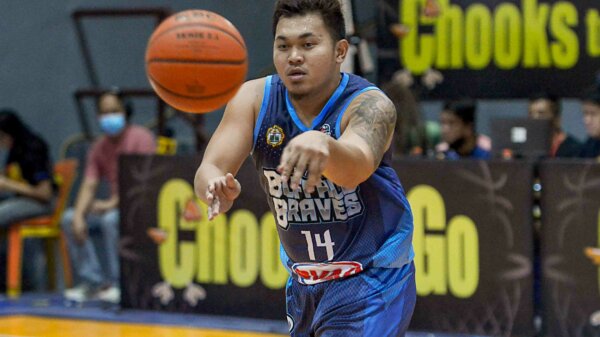 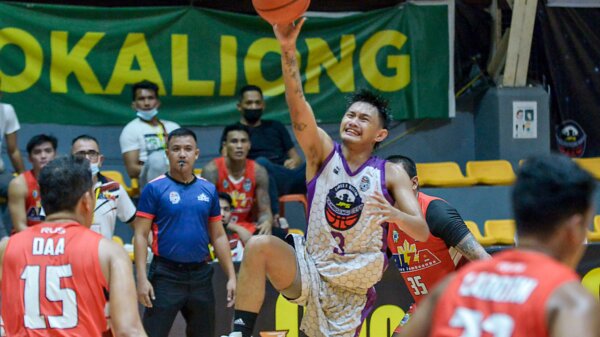 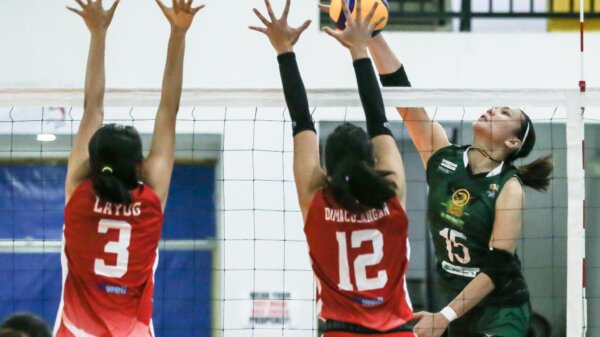 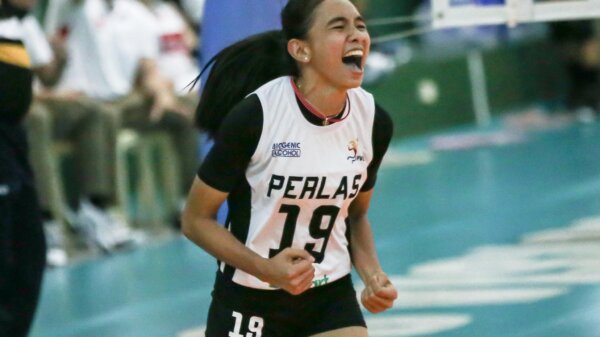 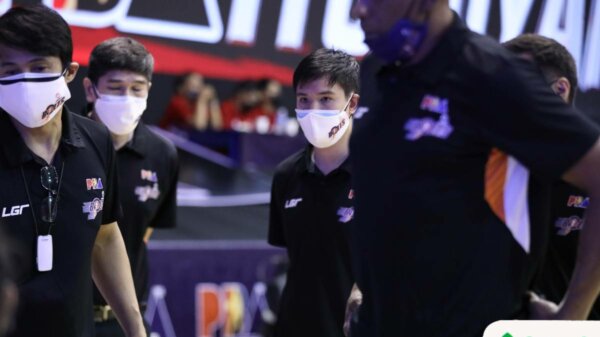