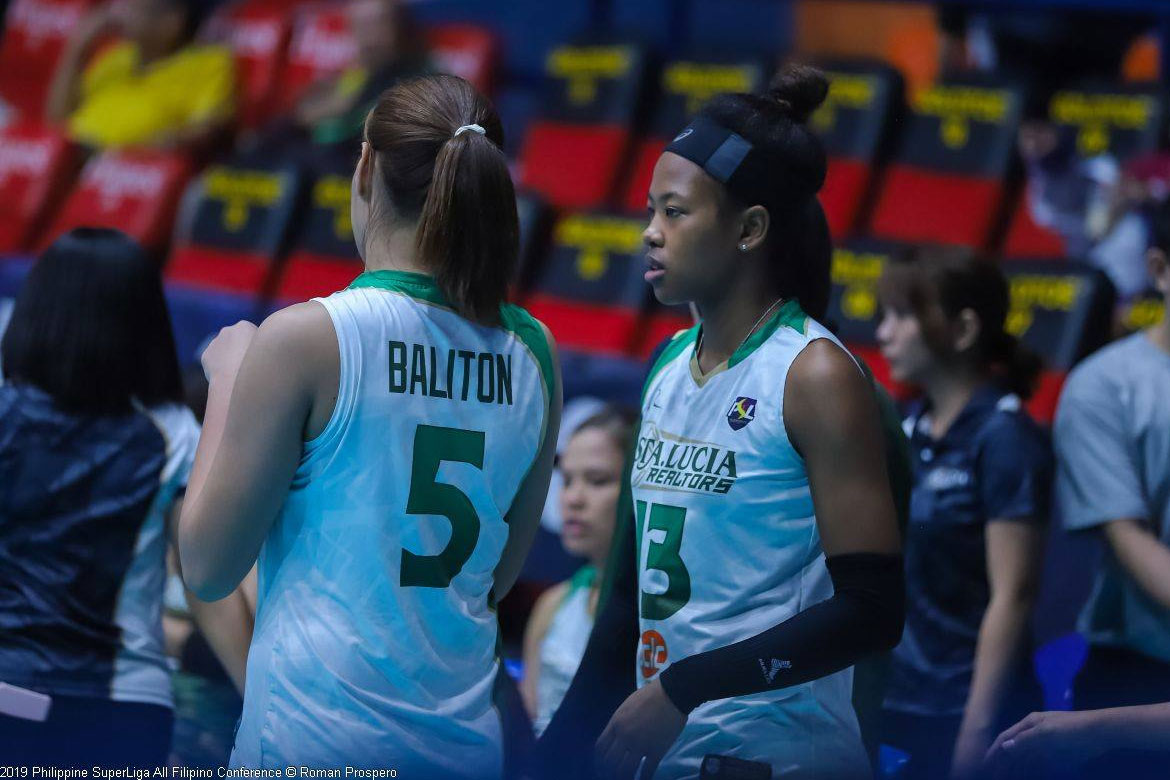 For the past few games, MJ Phillips has been playing sparingly for the beleaguered Sta. Lucia Lady Realtors.

Billed as one of the prolific scorers in the league, Phillips, a national team member, has been seeing limited action on the playing field.

When asked about the reason behind her lack of playing time, the 24-year-old said that she’s feeling “under the weather”.

“Just a little sick. Just the flu,” she disclosed.

In Sta. Lucia’s loss to Cignal on Saturday, Phillips was only fielded in the third set. In what seemed to be another lopsided frame, the 24-year-old provided the spark for the Lady Realtors as they figured in a tightly-fought affair with the HD Spikers.

Though Cignal had the stronger finishing kick and ended the game in straight sets, Sta. Lucia went down fighting.

Despite the loss, Phillips, in a span of a set, wounded as one of the top scorers for Sta. Lucia. She, along with Roselle Baliton and Joy Dacoron, both of whom have played in all three sets, finished with six points.

Still, in a crucial juncture in the competition, the Lady Realtors need every ounce of scoring from the 5-foot-11 spiker as they are currently holding a 1-10 card – seventh in the tourney ahead of the still-winless Marinerang Pilipina.

For her part, the Fil-American hopes to get back to her lethal form and help turn Sta. Lucia’s fortune around.

“I want the second round to be different than the first round, that’s for sure,” she said.

“We want a medal so we are doing all that we can to get there.”

Rey Nambatac made sure to finish what Rain or Shine started