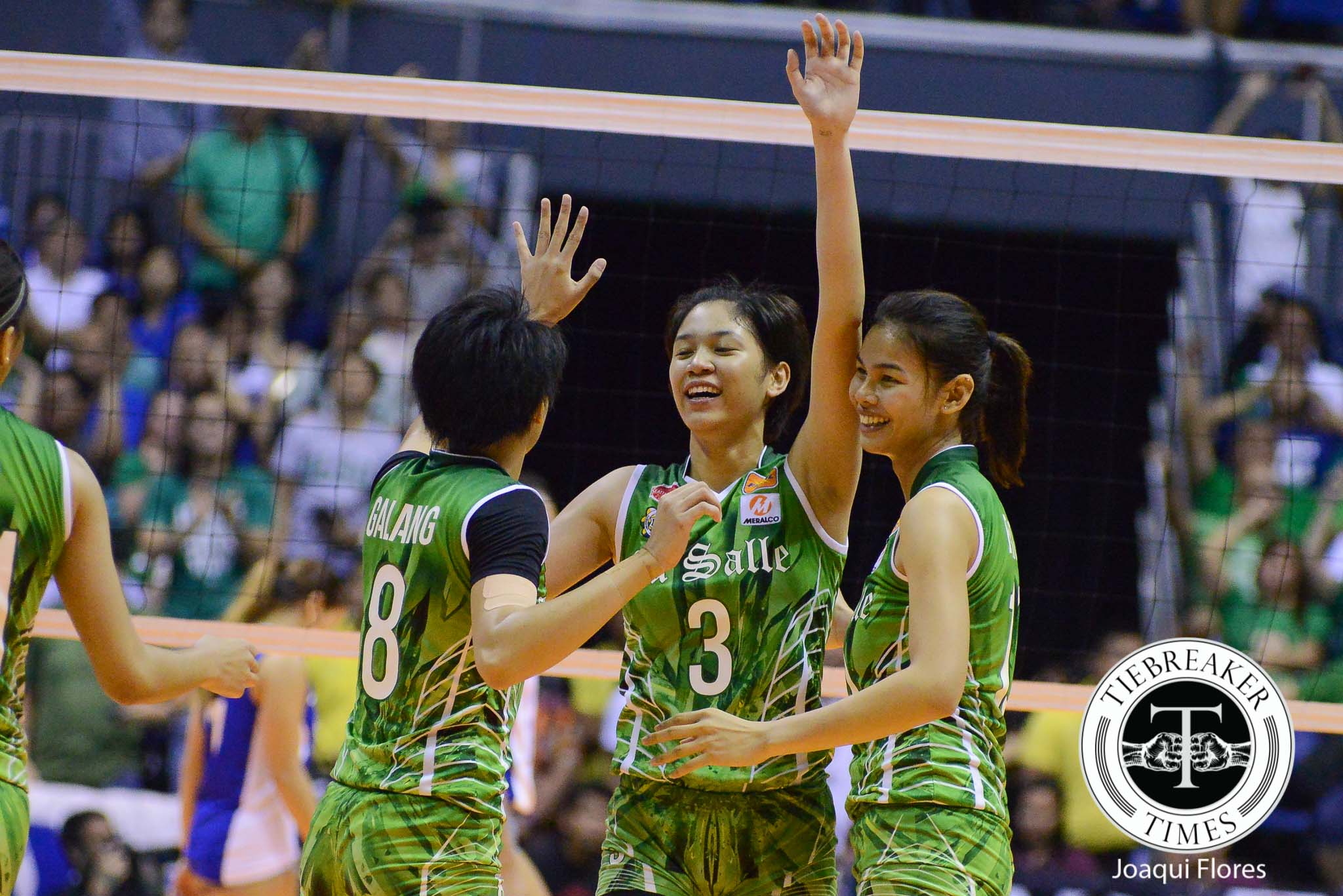 Perhaps, there isn’t a more divisive figure in volleyball than Mika Reyes. The La Salle middle blocker draws a lot of attention with her imposing on-court demeanor and relentless hustle.

Amidst a mix of boos and roaring cheers that would make even the most polarizing of figures blush, Mika Reyes bravely battled the Ateneo de Manial University Lady Eagles for one last time in front of a raucous 23,014 strong fans .

Wearing her heart on her sleeve, Reyes buoyed the De La Salle University Lady Spikers to its ninth title with a spectacular performance in the winner-take-all Game Three  at the Smart Araneta Coliseum.

In the past four seasons, the two bitter rivals had split the UAAP Women’s Volleyball championships. The 21 year old Bulacan-native was elated that she broke the tie as she leaves behind the Green and White.

Mika Reyes also played her last UAAP match against Ateneo’s Phenom, Alyssa Valdez. The pair have not only faced off on the court but were often pitted against each other on social media.

With the series over, Reyes was able to clearly reflect on their rivalry.

“Sobrang sarap competing against Alyssa – magaling talaga siya. She deserves all the awards she gets” Reyes said. “Hopefully, it will be the end of the issue between us kasi may sari-sarili na rin kaming buhay. I guess we’re both happy na rin naman,” she added.

With her playing eligibility exhausted, Reyes still has no clear plans for the future. More than anything, she just wants to enjoy the championship she waited for nearly three years.