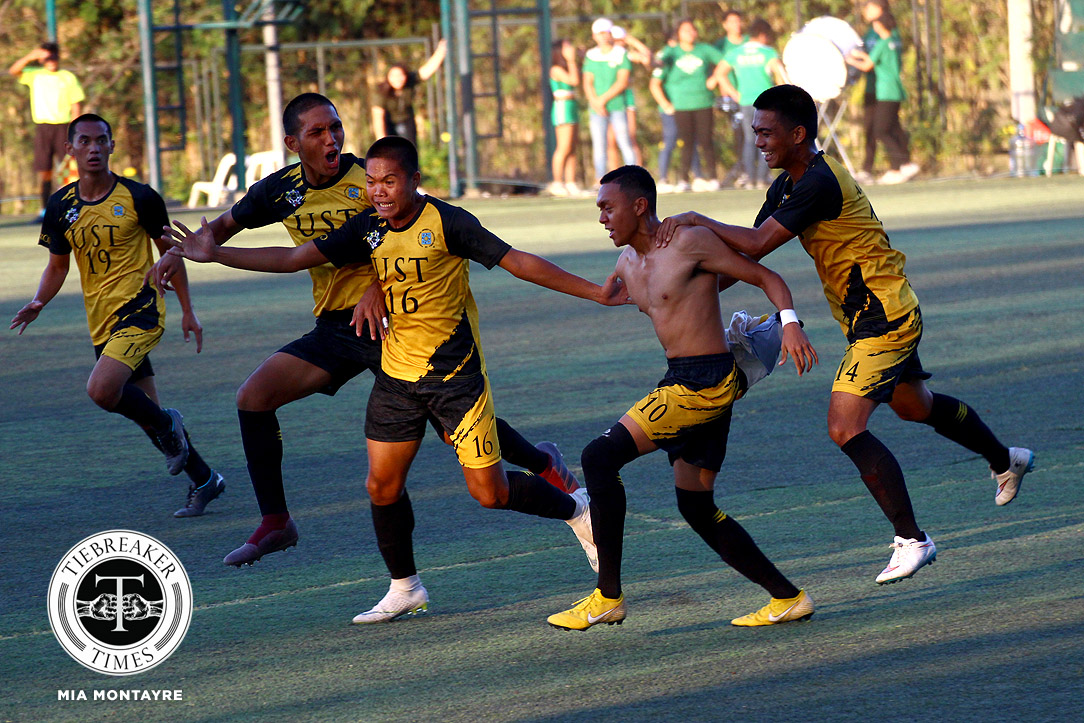 It seems the University of Santo Tomas Golden Booters are the draw masters of the UAAP Season 81 Men’s Football Tournament.

The first half was an even contest between both squads, and as neither team was able to find a breakthrough. La Salle emerged from the halftime break as the more dangerous side; they forced UST goalkeeper Zaldy Abraham Jr. to produce routine stops to deny Paeng Siggaoat and Mikio Umilin.

Abraham was a busy man, performing more saves to prevent goals from substitute Mauro Acot and Mateo Alegre. However, La Salle kept pushing for that goal, and it came from Shanden Vergara’s fine finish in the 74th minute.

UST then woke up from their slumber to find the leveler. La Salle goalkeeper Gab Villacin parried defender Erick Orale’s free kick, and the latter headed wide from the resulting corner.

With only a few seconds left in stoppage time, the Golden Booters found a way to salvage their situation. A Villacin mishap caused a scramble in the Green Archers box, which then gave rookie Miguel Mercader a chance to score in the 90+6 minute.

Willie Marcial on suspending Calvin Abueva indefinitely: ‘We need to instill discipline in the league’

Allen Lozano leads Adamson comeback in upset win against UP