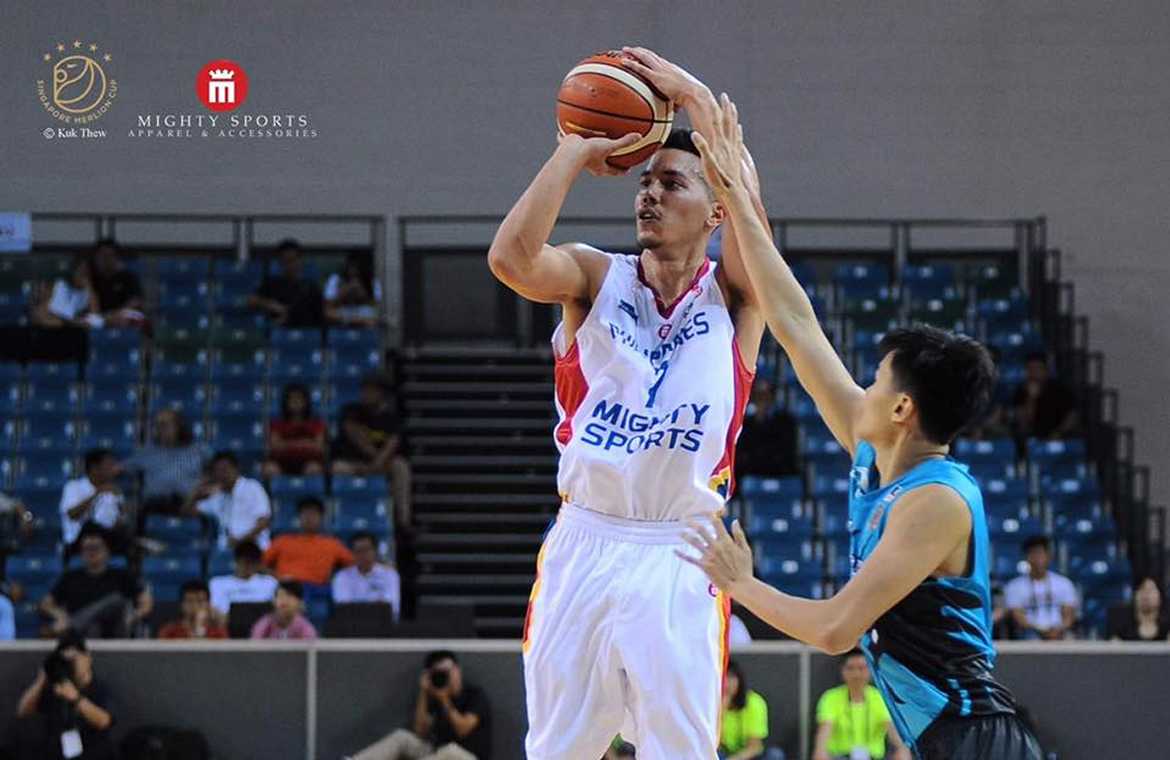 The Philippines-Mighty Sports swept the Merlion Cup 2016 elimination round after sending down Westports Malaysia Dragons, 105-78, to bring themselves into the tournament semis, Friday night at the OCBC Arena in Singapore.

Their victory sends them to the top of Group B with a 2-0 record and an outright semis berth.

The locals shone the brightest for Mighty Sports in tonight’s victory. Fil-Am Matthew Wright starred for Mighty Sports while torching his former club team with 20 points. Dewarick Spencer had 16, while Joseph Yeo added 14.

Mighty Sports had been enjoying a 10-6 lead midway into the opening frame, but Westports received a huge lift from forward Kuek Tian Yuen to snatch the lead from their Filipino counterparts, 17-14. However, Mighty Sports fought back through the scoring of Al Thornton, Spencer, and Yeo to end the quarter in their favor, 24-19.

Sustaining rhythm from the previous quarter, Mighty Sports displayed dominant form on offense led by Yeo to establish their first double-digit lead, 37-27, in the 5:42 mark. And with Thornton, Spencer, Marcus Douthit, and Hamady N’Diaye joining the scoring fray, Mighty Sports outscored the Malaysians 16-8 to wrap up the first half with an 18-point lead, 53-35.

The Filipinos were able to post a 25-point lead, 66-41, in the third canto with offense provided by Kiefer Ravena and Spencer. On the other hand, Westports, despite Kuek’s stellar play, could not find ways to trim down the deficit to less than 20 points. They managed to punch in baskets, but shots from Matthew Wright sent Philippines up by 26, 77-51, as the frame ended.

Mighty Sports continued to rip the Dragons apart, even leading by as much as 31, 90-59, with six minutes left. From the huge lag, the Malaysians resorted to their quick dribble-drive sets to punch in baskets, but that wasn’t still enough to inch closer to the Filipinos. With the locals contributing late in the game, the Philippines coasted to the 27-point victory.

The semifinal round will tip off tomorrow, Saturday, September 24.