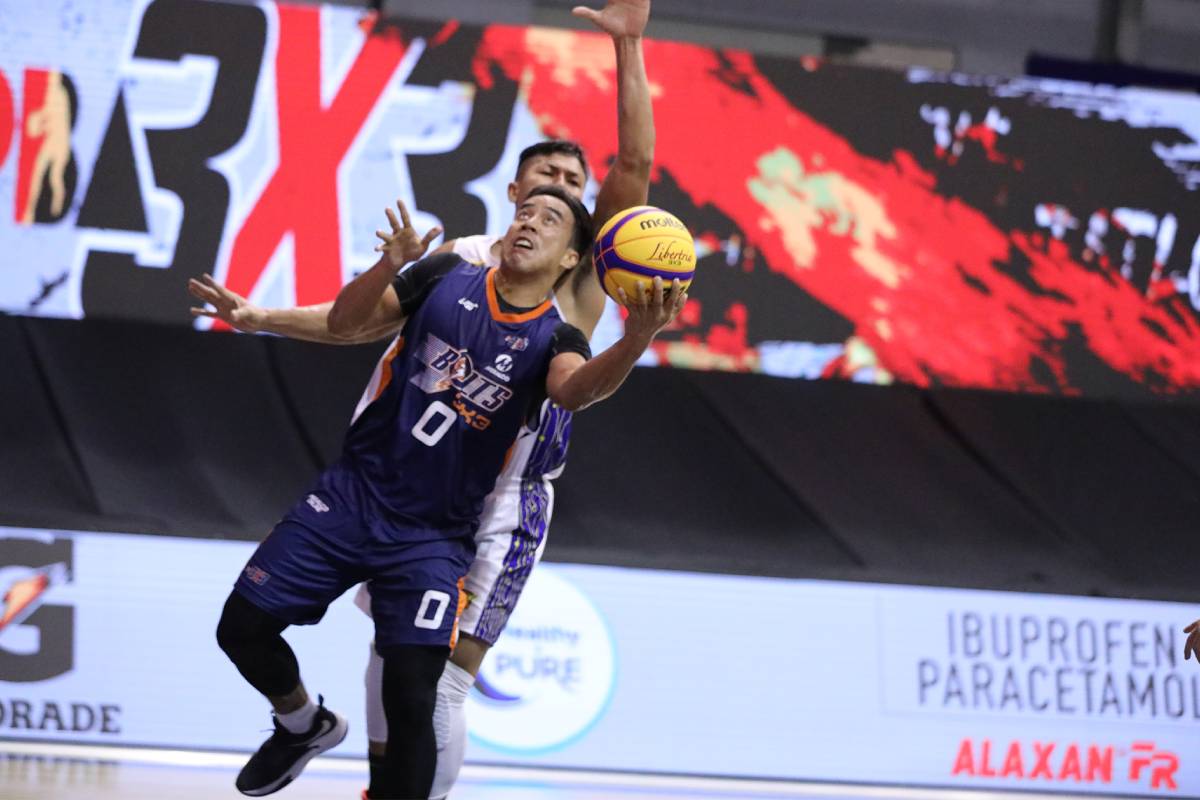 Meralco and TNT maintained their Top Two positions, while history-makers Limitless catapulted to the third spot as the trio led the 10 qualifiers to the PBA 3×3 First Conference Grand Finals on December 29.

Winners of Leg 2 and runners-up in Legs 1 and 4, the Bolts amassed 420 tour points after the six-leg hostilities to take the no. 1 seed heading into the conference championship at the SMART Araneta Coliseum.

The Tropang Giga, who ruled the maiden leg and finished second in the fifth and sixth stops, matched Meralco’s tally but got the No. 2 ranking in the FIBA 3×3 level five tournament.

With their historic back-to-back championships in the last two legs, the Appmasters soared to third position with 361, slightly ahead of guest team Platinum Karaoke (360) at fourth spot in the rankings finalized Friday.

By finishing in the Top 4, Meralco, TnT, Limitless, and Platinum gained outright seeding to the quarterfinal round of the grand finale, where P750,000 will go to the champion, P250,000 to the runner-up, and P100,000 to the third-placer.

The format as to how those six teams will vie for the last playoff tickets, though, has yet to be announced by the league.

The Gin Kings caught the last bus to the conference finale on the strength of their sixth-place finish in Leg 6, which allowed them to bump CAVITEX (140).

Joining the 11th-ranked Braves in the exits were NorthPort (100) and the Zamboanga Valientes (74), who finished the first conference 0-24.