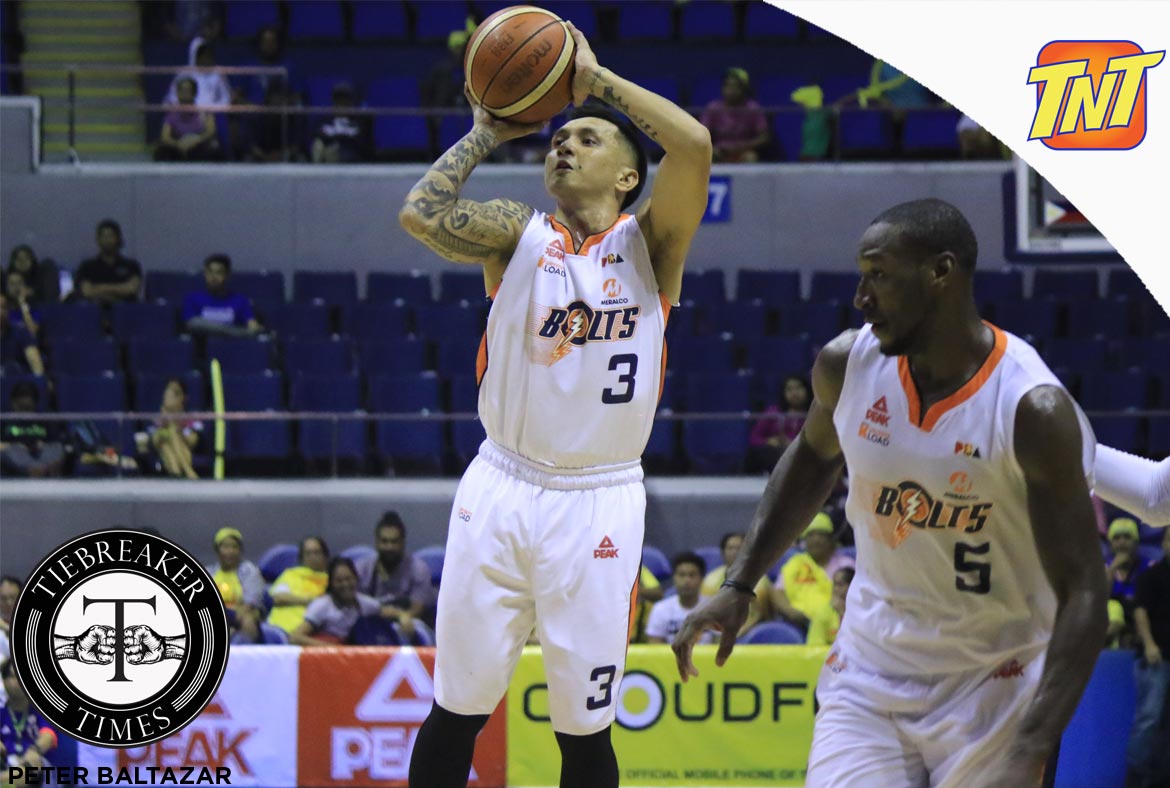 The Meralco Bolts punched in 106-91 wire-to-wire win against the TNT KaTropa to tie their semifinals series at one-all in the Smart Araneta Coliseum, Thursday evening.

Rookie Chris Newsome bounced back from a horrid Game One to finish Game Two with 17 points, 10 rebounds, five assists, and a steal for Meralco. Import Allen Durham had 31 points and 21 rebounds to pace his team offensively.

From the get-go, shots were falling for the Bolts that enabled them to build an early lead in the first quarter. TNT made a little run in the second and fourth quarter, but Meralco came prepared to answer back and pull off a thrashing against the top-seeded crew.

Coach Norman Black said that it will be important for the Bolts to shoot this way in order to trick the defense, which he felt was mostly centered around import Allen Durham.

“Spacing is going to be important for us and we did hit more outside shots today,” Black said. “Most teams will sag and clog the lane so spacing and ball movement is important, but it’s more important to make those outside shots and that’s what we did tonight.”

In the final quarter, TNT managed to slice the lead to as low as 14, but Jimmy Alapag played the rally-extinguishing role, as he made all of his four triples in the payoff frame. On the other hand, the KaTropa tried to rely on the services of Dylan Ababou, Kelly Williams, and Troy Rosario to attempt a comeback, but to no avail.

Jayson Castro and Michael Ammons sat down for the majority of the fourth period. The two combined for 37 points.

Alapag finished with 16 points off the bench, as he made all of his five shots, with four assists. Cliff Hodge and Reynel Hugnatan combined for 27 in a total team effort for the Bolts.

Game Three is on Saturday at 5pm, and Coach Norman Black knows it’s up to them to carry this momentum, as the series trims to a best-of-three tilt.

“We were more prepared (Game Two),” Black added. “It’s a series of adjustments and I know Coach Jong would come up with something new and we have to be more prepared.”

The Bolts maintained a 50 percent shooting for the entire game compared to TNT’s 43 percent clip. Moreover, Meralco played the glass better with six more rebounds against TNT at 47 to 41, that led to more second chance points in their end, 20 to 13.