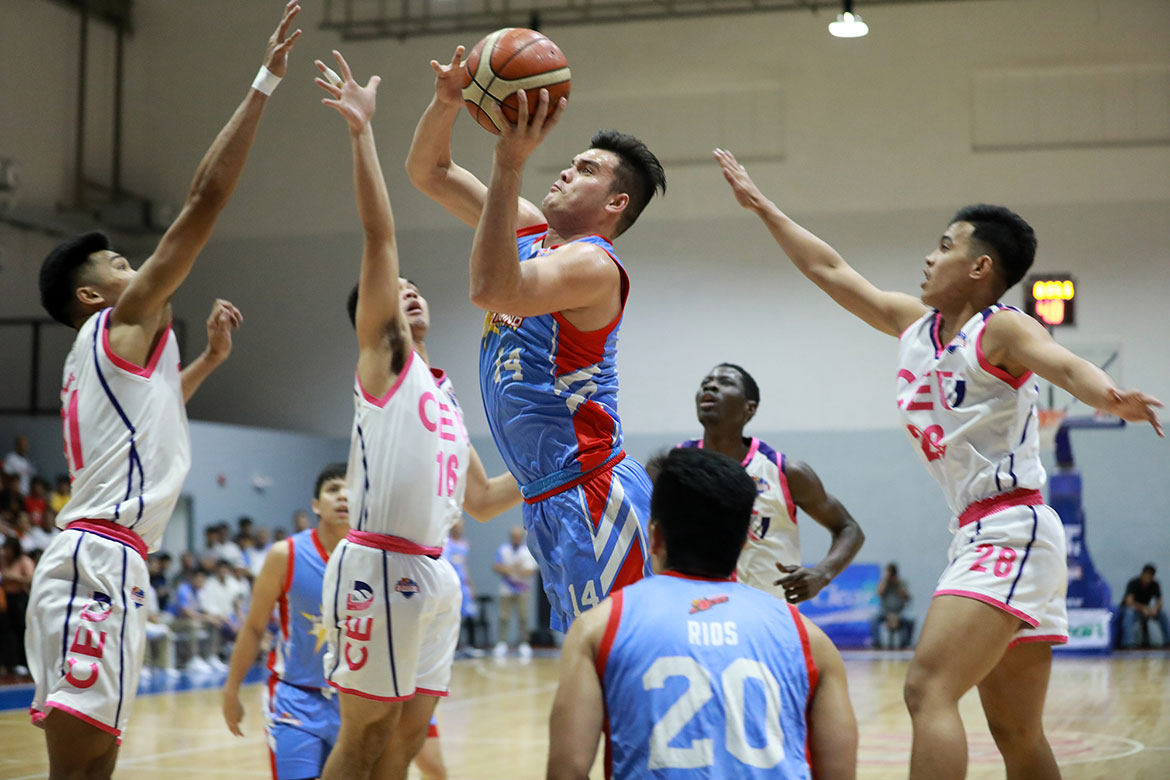 Marinerong Pilipino took down the younger Centro Escolar University Scorpions, 88-74, to clinch the top seed in Group A in the 2019 PBA D-League Second Conference Monday at Paco Arena in Manila.

William McAloney topscored with 21 points and seven rebounds for the Skippers, who finished the eliminations with a 6-0 record. They will face fourth-seed AMA Online Education in the quarterfinals armed with a twice-to-beat advantage.

Marinerong Pilipino then took full advantage of the Diouf’s absence. Yee made a lay-up to push the lead to 84-74 with 52.9 ticks left, and that was more than enough to seal the win.

CEU fell to 5-1 following the loss and will head into the next round as the second seed.

Diouf finished with a triple-double of 16 points, 17 rebounds, and 10 assists in the defeat. He is the ninth player in the developmental league’s history to notch such a performance.

CEU will now turn their focus on the third-ranked Asia’s Lashes Tomas Morato in the quarters, which starts this Thursday.

Road to ONE: Century begins for Team Lakay