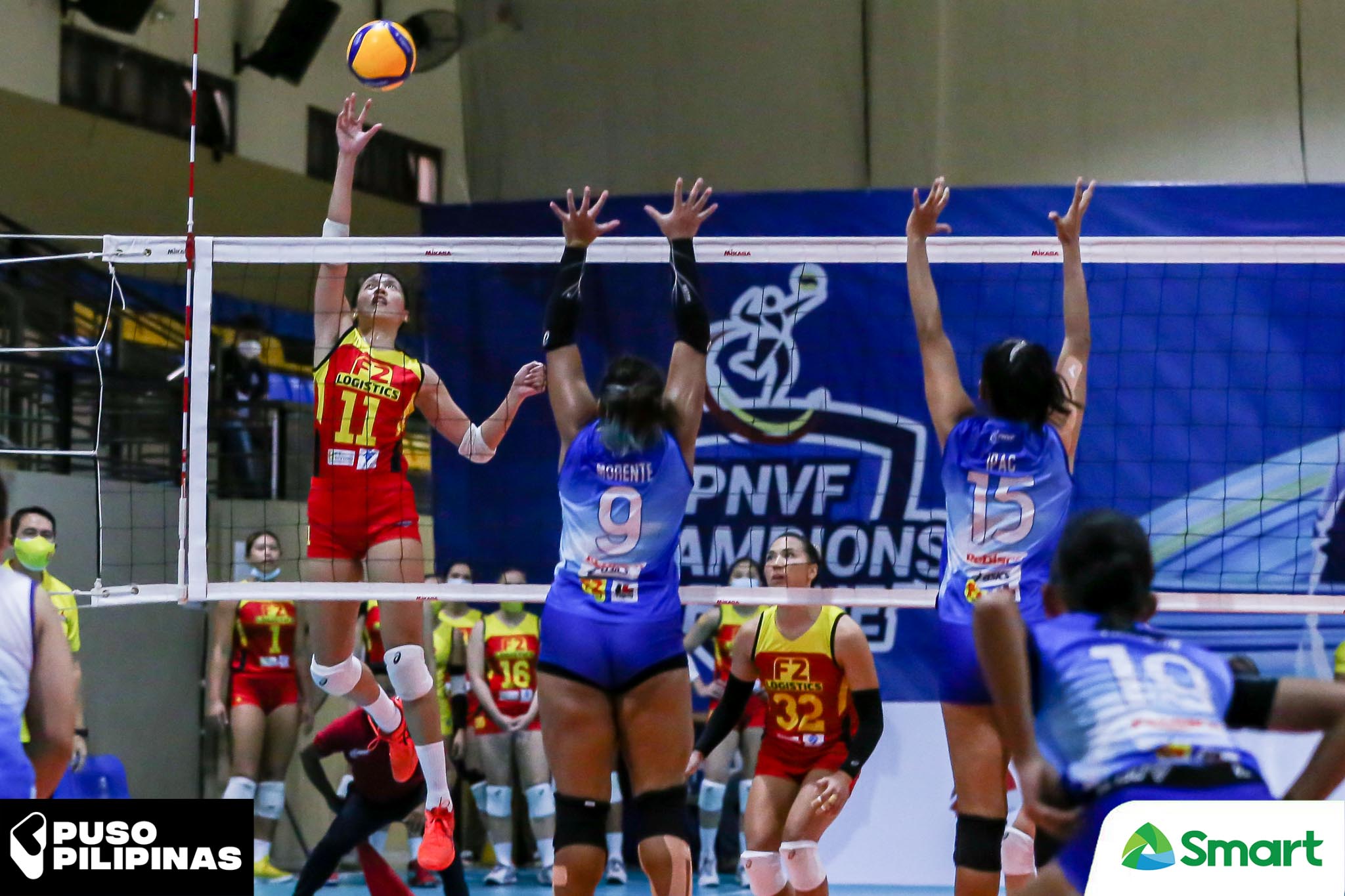 The Cargo Movers remained at the top spot by upping its standing to 4-0 with 12 points, are now a win away from securing the first-ever Champions League title.

F2 Logistics founded an eight-point lead after the second technical timeout of the third set, 18-10, to fend off the Perlas Spikers.

It was a nip and tuck affair from there with Tuguegarao knocking to within five, 19-24, off a Nicole Tiamzon kill.

Tin Tiamzon followed with a hit to end the match.

Aby Maraño, Majoy Baron, and Iris Tolenada each had 10 points while Dawn Macandili manned the floor with 12 excellent digs and five excellent receptions. 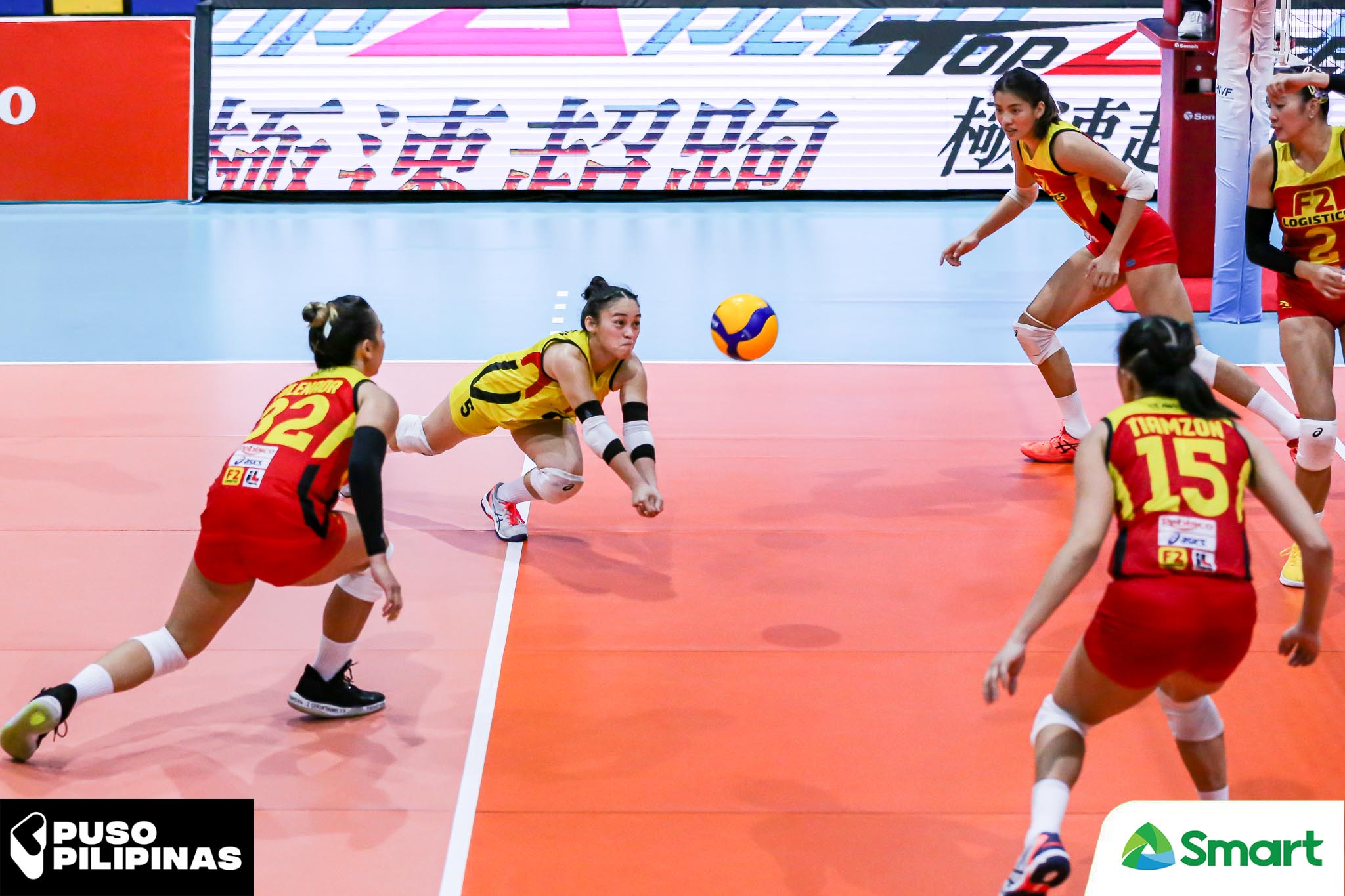 The Cargo Movers have yet to drop a set in the Champions League.

Tuguegarao, who is now officially out of contention, remained at the third spot with six points off a 2-1 record.

Tiamzon and Norielle Ipac had nine points apiece for Perlas while Mich Morente, who played her first game against her former squad, ended with four markers and seven digs.

F2 Logistics look to secure the crown on Thursday, 4:00 PM against reigning PVL champion Chery Tiggo while Perlas will go up against Petro Gazz earlier in the day at 1:30 PM.