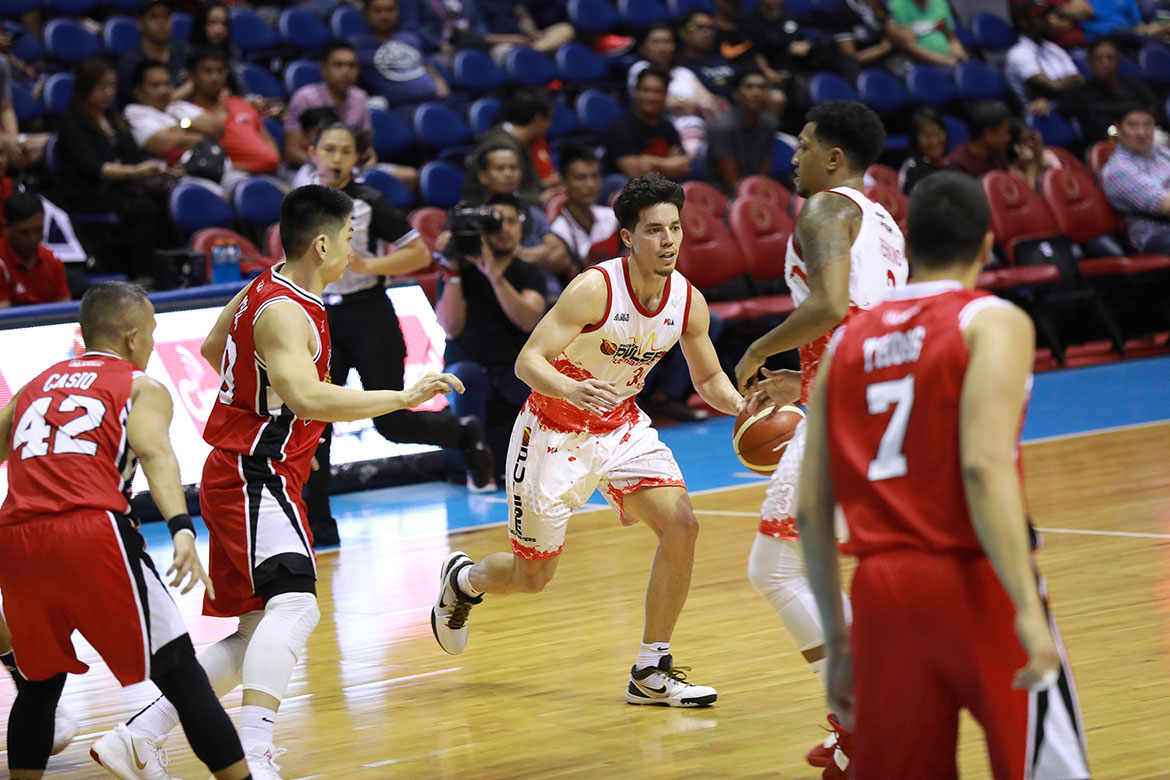 Matthew Wright was responsible for pulling Phoenix Pulse within a solitary point of Alaska when the two teams clashed in 2019 PBA Governors’ Cup action, Wednesday evening.

The 6-foot-4 sharpshooter came off a screen and drilled a triple from the right elbow with 12.6 seconds left to play to lift the Fuel Masters closer, 102-103, after going down by 13 points.

JVee Casio, though, managed to bury his freebies seconds later, but the door was still open for Phoenix Pulse. It only needed another triple to tie the game and possibly send it to overtime.

So, it tried to run the same play it did with Wright. But the Aces anticipated it and prevented it from happening again. And instead of Wright, it was Jason Perkins who took the shot.

Unfortunately, Perkins’ triple from the right corner hit nothing but air. Phoenix Pulse then bowed, 102-105, absorbing their eighth defeat in 10 outings in this season-ending conference.

“We tried to run the same play hoping that we would catch them slipping again. Clearly they’re smarter than that. I guess we thought it could work again,” said Wright, who had 25 points and 10 dimes.

“We give Alaska credit. They’re smarter than that and they’re able to pre-switch, so I wasn’t able to get the ball. That’s what good defensive teams do — they don’t get beat twice on the same play.”

The loss hurts for Phoenix Pulse since it eliminated them from playoff contention. And for Wright, the absence of Calvin Abueva, LA Revilla, and Jaypee Mendoza was costly.

“We didn’t have Calvin, LA, and Jaypee. Those are three guys who are in the rotation for us, top eight players.

“It’s very hard to win games when, you know… Especially Calvin is one of our best players, he missed the entire conference,” he added, as Abueva is still serving his indefinite suspension.

The Fuel Masters still have one game left before heading into an early vacation, when they battle Blackwater Elite this Friday, November 15. And Wright only has one plan.