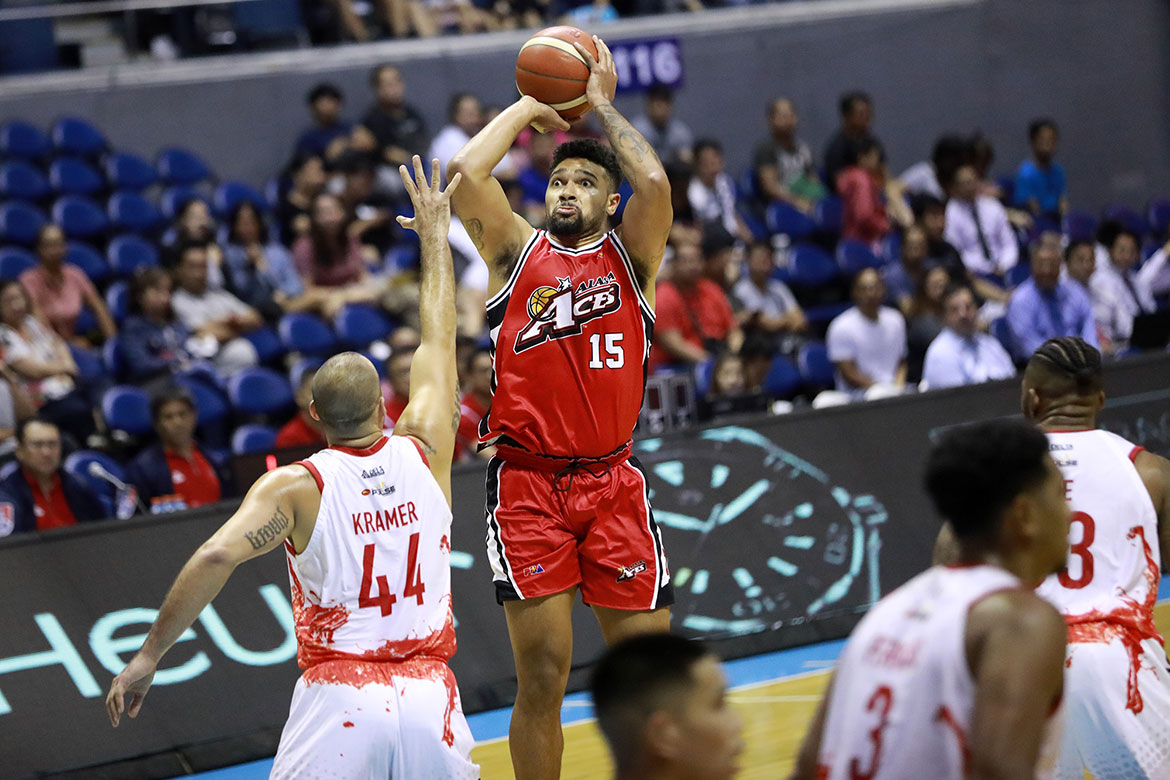 The Aces saw their 13-point lead turn to just one, 102-103, after a Matt Wright trey with 12.6 ticks left, but Jvee Casio’s free throws and a Jason Perkins airball three on the other end sealed the win.

“This is one of those games where me, being a young coach, you learn the most,” said coach Jeff Cariaso. “This is not just a learning lesson for me but also for the team on how to be stronger and be better down the stretch.”

The Milkmen have now won three in a row to to hike their card to 4-6, forcing a three-way tie at seventh in the team standings with the NorthPort Batang Pier and the Columbian Dyip.

Vic Manuel led Alaska with 20 points and three rebounds in the victory which the team could hardly celebrate.

The Aces lost Jeron Teng with 41.5 seconds left to play — at the height of their foes’ rally — as he hurt his right knee after Justin Chua accidentally landed on it as he dove for the ball.

“Gosh, I hope he’s good.” said Cariaso. “I’m not sure. His reaction when he sat down on the bench was hitting the chair. So it doesn’t seem like it’s good. Ibig sabihin meron siyang nararamdaman.

Wright had 25 points and 10 assists to lead Phoenix Pulse, who has bowed out of contention with a 2-8 record.

Alaska will take on NLEX (8-2) next Wednesday, November 20, at Ynares Center in Antipolo while Phoenix Pulse faces Blackwater (2-8) this Friday, November 15, still at the Big Dome.

Bo Perasol hopes UP program continues with or without him