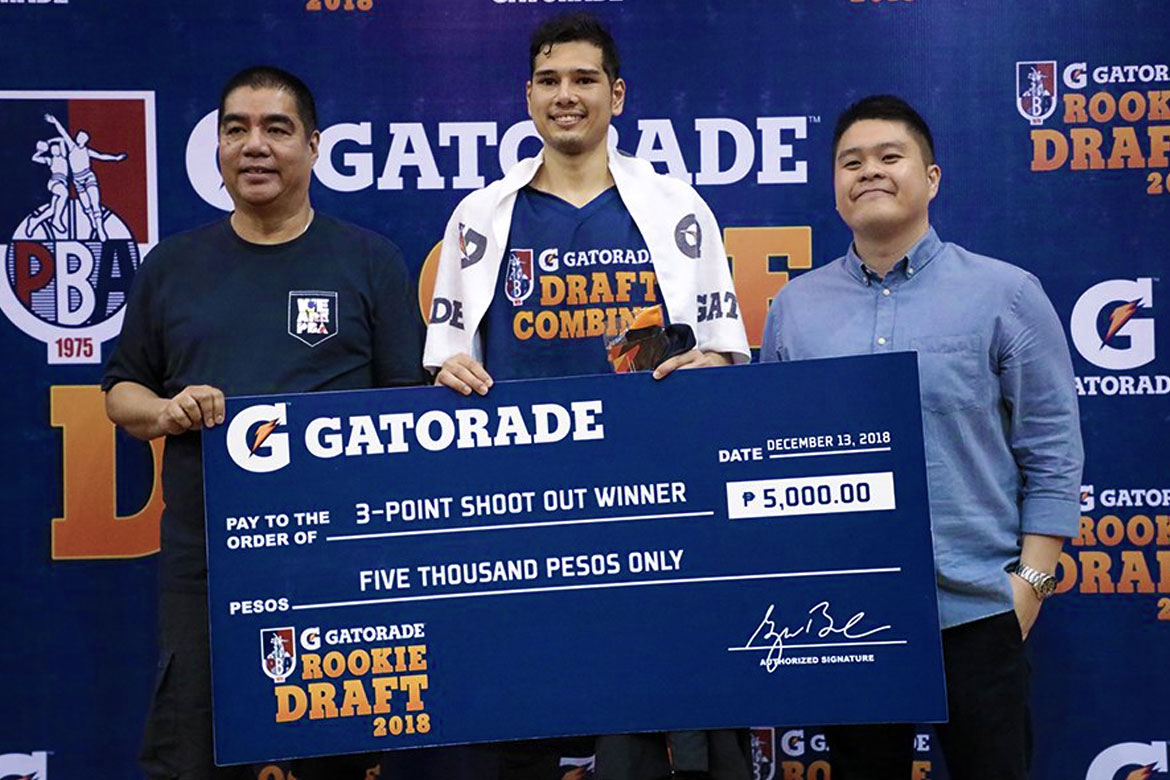 Without a doubt, 6-foot-4 Matt Salem is the best shooter in the 2018 PBA Rookie Draft Class.

And this was reinforced when he won the Draft Combine’s three-point shootout side event by a wide margin.

“It was fun. I was nervous at first but told myself, ‘Man! I’m just gonna have fun, it’s just basketball.’

“Other than that, I just enjoyed it. All the players just know each other from the NCAA and the UAAP. So it was cool for us to see each other before we enter the next chapter of our lives,” recalled Salem, a 33-percent career three-point shooter during his collegiate days, during the Slam Philippines-hosted Draft Suite last Friday.

But the 25-year-old stretch forward has also proven that he is more than just a shooter.

After his two-year stay with National University, Salem was tapped by Charles Tiu to play for the Go for Gold Scratchers in the PBA D-League. Even if the team featured a collection of some of the brightest amateurs in the country, he still managed to stand out – even registering a triple-double in one of their games in the Foundation Cup.

And that experience helped him develop more of his traits. Once just a knockdown shooter, Salem has also shown that he can rebound, create, and defend.

“I think that helped. What we all talked about was that it was not going to be a one-man show. It was like Ateneo. You look at their system: they share the ball and everyone’s happy. It didn’t matter who got the most rebounds, most points, most assists,” pointed out Salem, as the team also had the likes of Paul Desiderio, Ron Dennison, Kris Porter, Vince Tolentino, Gab Banal, and Jai Reyes.

“That’s what separated us.”

For him, his development as an all-around player is a result of his hard work and his willingness to learn. And these are two things he will carry with him, not just in the PBA, but also in life.

“What separates me [from the field] is my hard work, the ability to be teachable all the time. I just want to learn. They have the insight on what I can prove on. Any coach, player, or manager, I’ll take their advice,” he opined.

“You guys should know that by my UAAP days, I won’t stop working. My hard work will always gonna pay off for me if I even make it to the PBA [sic],” he added.

“I guess it’s gonna pay off for me someday in life.”

Heading into Sunday, Salem believes that he has proven his worth. And he is leaving the rest to the man above.