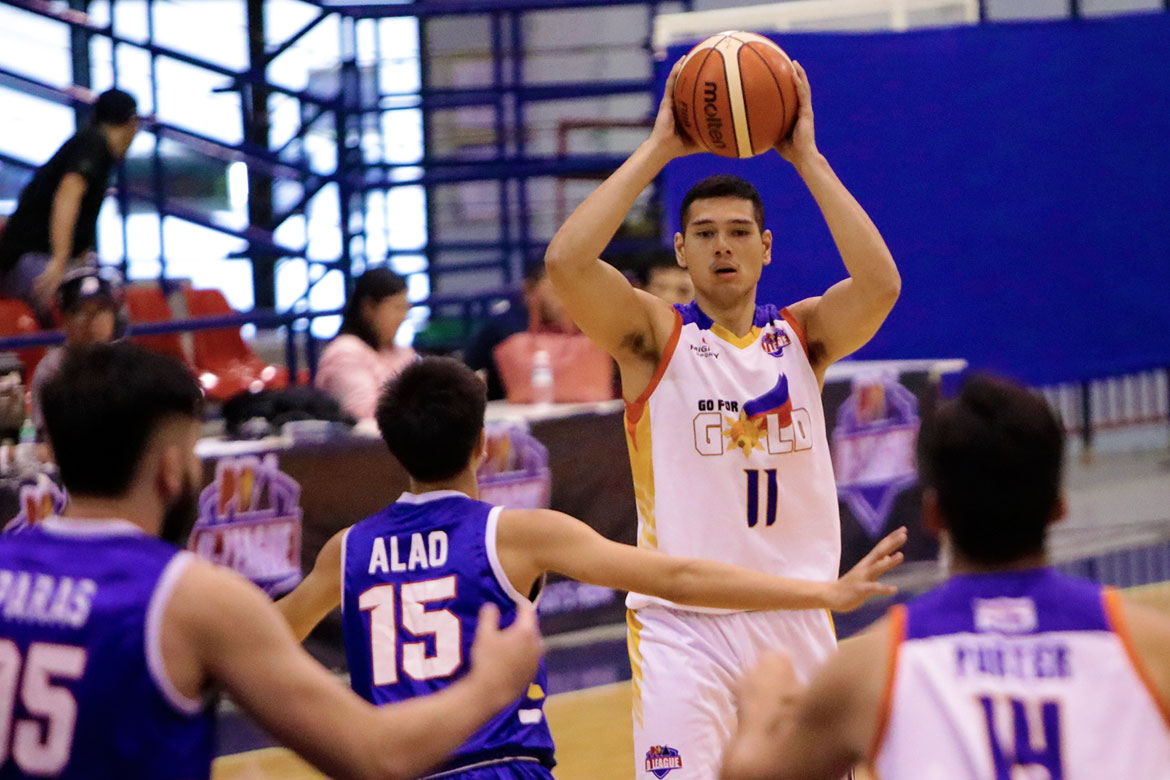 The Go for Gold Scratchers got back to their winning ways with an emphatic 135-91 trouncing of the AMA Online Education Titans in the 2018 PBA D-League Foundation Cup at Ynares Sports Arena in Pasig.

The Scratchers wasted little time to halt their two-game losing slide, jumping on the Titans and erecting a 60-34 halftime lead. They showed no letdown in the second half to erect a 53-point lead, 135-82, with 1:21 remaining in the game.

“I think they know that they played poorly in our last two games, but we deserved to get our butts kicked and lose against Che’Lu and Batangas. They didn’t want to play and they took the game for granted,” said coach Charles Tiu, as his side bounced back and remain in second with a 5-2 record.

“Kita mo naman na when the guys want to take the game seriously, kayang kaya nila eh, but I felt they disrespected the opponent last game and that’s what happens when you take teams for granted,” the young tactician added.

Eric Pili shot five triples to lead Go for Gold with 25 points, four rebounds and two assists, as Kris Porter racked a double-double of 20 points, 11 rebounds, and six assists in the win.

Everybody joined in the scoring party for the Scratchers, with seven players finishing in double-digits. But overshadowed in the rout was Matt Salem, who became only the sixth player in PBA D-League history to record a triple-double with his 10 points, 11 rebounds, and 11 assists.

Paras looked like the only Titan who came to play in the game, recording 23 points and 14 rebounds in the loss.