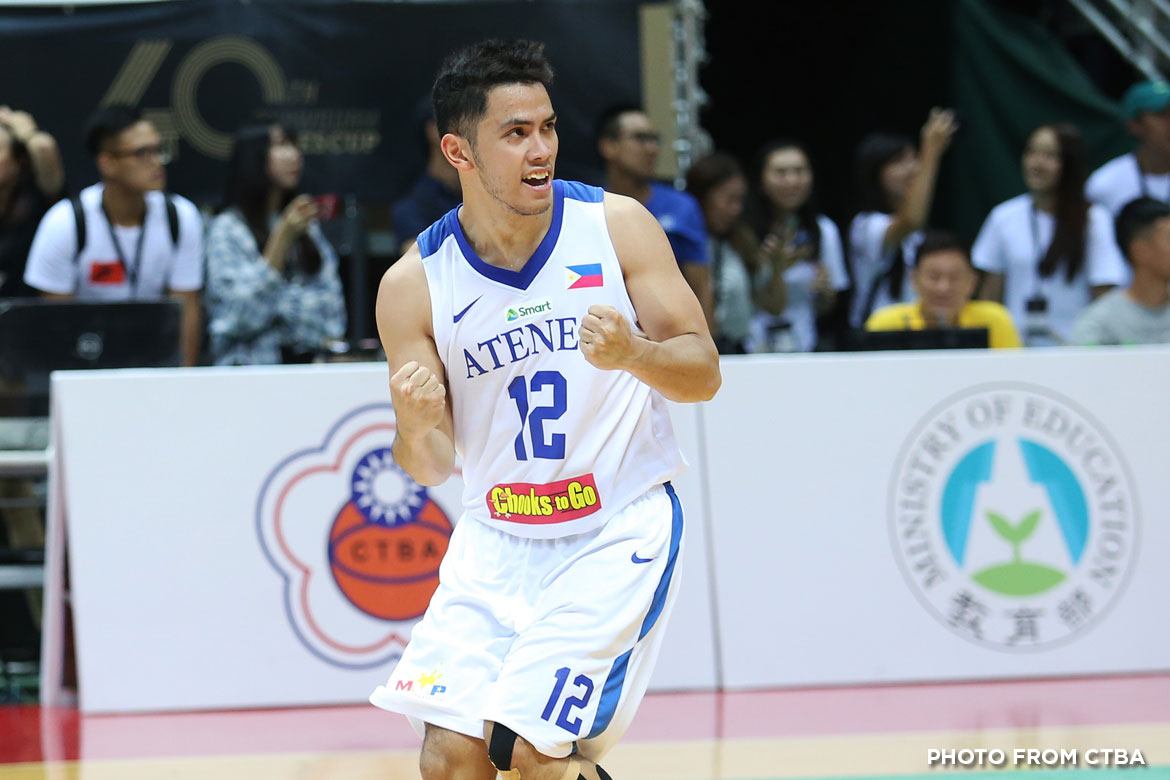 Going into the game, the Chooks-to-Go-powered Ateneo Pilipinas knew that the crowd inside the Xinzhuang Gymnasium is going to be hostile. But they did not expect it to be that loud and boisterous.

The gym was sold out to the rafters with only a few Filipino fans able to get in. Almost the entire crowd was against the Blue Eagles — something that they are not used to as they enter almost every UAAP game with at least half of the crowd on their side. 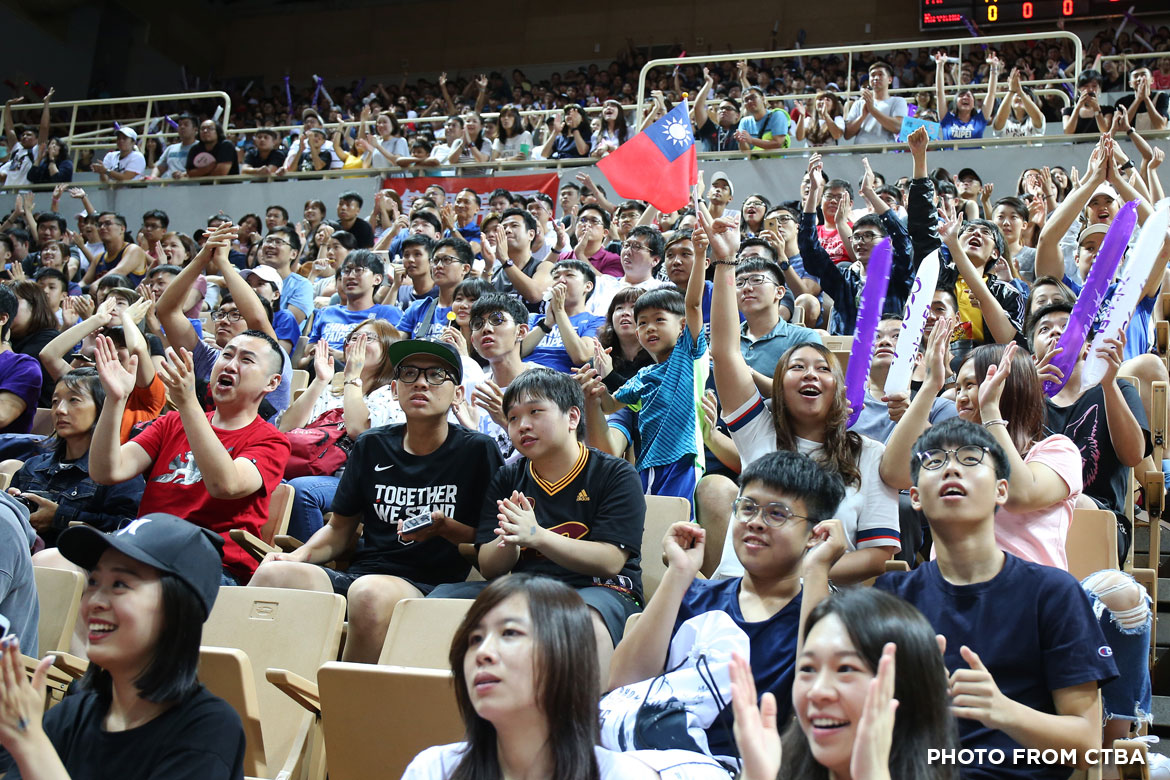 “First time namin to play with a crowd like that! Buong arena puro kalaban.

“Nakaka-pressure pero at the same time we were excited kasi minsan lang mangyari ito. Kaya we have to get pur confidence through our teammates and coaches na nasa bench,” recalled 21-year-old Matt Nieto.

For exactly 39 minutes and 56.9 seconds, the Blue Eagles remained poised, showing maturity beyond their age. Against a team that competed in the 2019 FIBA World Cup Asian Qualifiers and a hostile crowd, Ateneo Pilipinas figured in a 74-all tie with them.

But one call can change the outcome of a contest.

With 3.1 seconds left, Thirdy Ravena forced a turnover on Chen Ying-Chun. However, the referee called a late whistle that awarded Chen two free throws. The Taiwanese sunk both freebies to give Chinese-Taipei the lead and create a festive atmosphere inside the gymnasium.

Ateneo head coach Tab Baldwin, who has experienced a lot of these scenarios in his career, had to do one thing first: Settle the young Filipinos down.

“Actually it was coach Tab and coach Sandy [Arespacochaga] who told us to regroup and stay focused… Just focus on the next play na gagawin namin,” disclosed the incoming senior floor general.

“Kasi tapos na yung play na yun we have to move on.”

On the other side, Chinese-Taipei’s head coach told his players to switch everything, except for the center.

With this, Third Ravena was the designated inbounder. On the other end, Isaac Go whipped a tough screen against Nieto’s defender to free him up. During that split second, Ravena threw the pass from the other end.

Nieto for three. Dagger with .29 seconds to spare.

Nieto has lifted multiple trophies for Ateneo both in the Juniors and Men’s Basketball tournament of the UAAP. But this one is special.

“I’m so happy pero I have to give credit to my teammates and coaches especially coach Tab for coming up with an brilliant play and George [Go] for that solid screen and Thirdy [Ravena] for that terrific pass,” expressed the second generation Atenean, who finished the game with 13 markers.

But the battle is still not over for Ateneo Pilipinas as they have one more game on Sunday. Playing in their seventh game in seven days, they will face Iran B. The winner ends up on the podium during the closing ceremony of the week-long tournament.

With the high stakes, Nieto and the Blue Eagles vow to make one last push.

“We will just give our hundred percent effort like we normally do sa games namin. And just do our job on the court! And then the rest will take care of themselves,” he closed.

Justin Brownlee on 44-point outing: ‘Every time I shot, I felt it was going in’