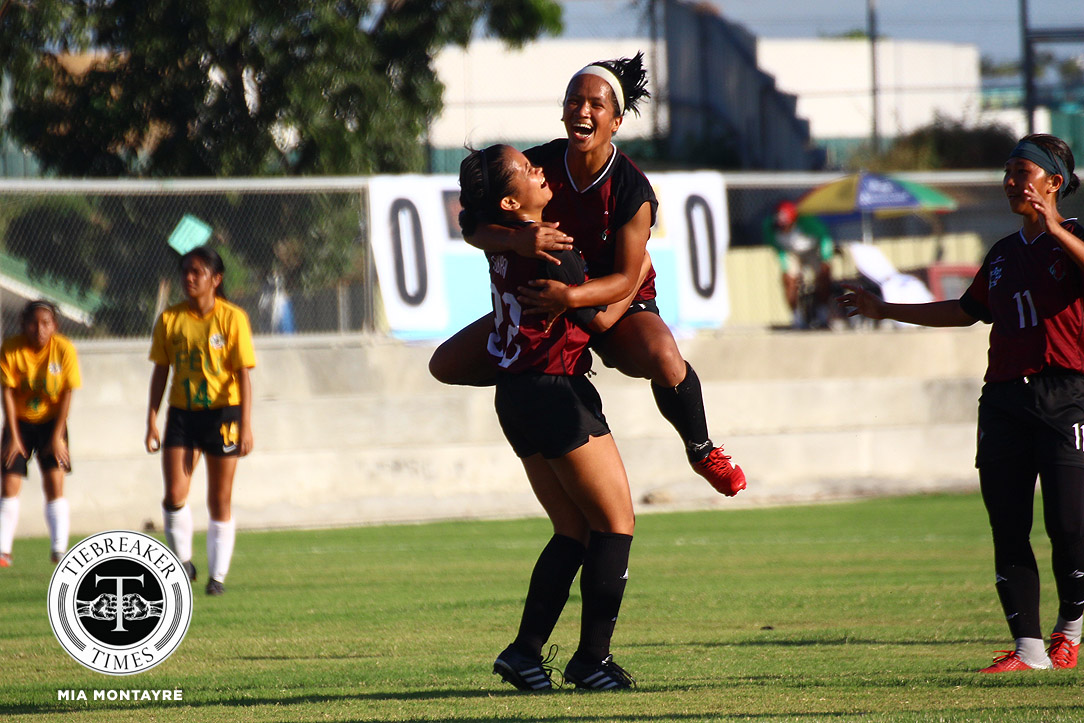 The last time the University of the Philippines Lady Maroons played, they allowed themselves to succumb to the UST Lady Booters’ pressure after they broke the deadlock.

There was no such meltdown this time around, as the Lady Maroons earned a 2-0 victory against the erstwhile-undefeated Far Eastern University Lady Tamaraws, Saturday afternoon, at the Circulo Verde field in Quezon City.

“I thought the girls did really well execution-wise, effort-wise, and most especially the aggressiveness because we knew FEU will really come out fighting. They’re a very aggressive team, a very tough team and they’re coming off a big win against UST so they’re clearly confident as well. All credit goes to the girls for bringing the game to FEU,” commented UP mentor Anto Gonzales after his side’s maiden victory in the UAAP Season 81 Women’s Football Tournament.

After a goalless first half, Mary Rose Obra and Yanzie Yalong provided the goods for the Diliman-based school. Obra cut inside from the right flank and unleashed a powerful shot in the 73rd minute. Yalong’s cross was then erroneously handled by FEU goalkeeper Kim Pariña three minutes later.

“I thought the main lesson from the (UST) game was that we needed support coming the bench. Those naman who are forming the core, they have to play 90 minutes because we’re not a very deep team. The challenge is the game-changers have to step up and those in the starting lineup have to take more responsibility,” added Gonzales.