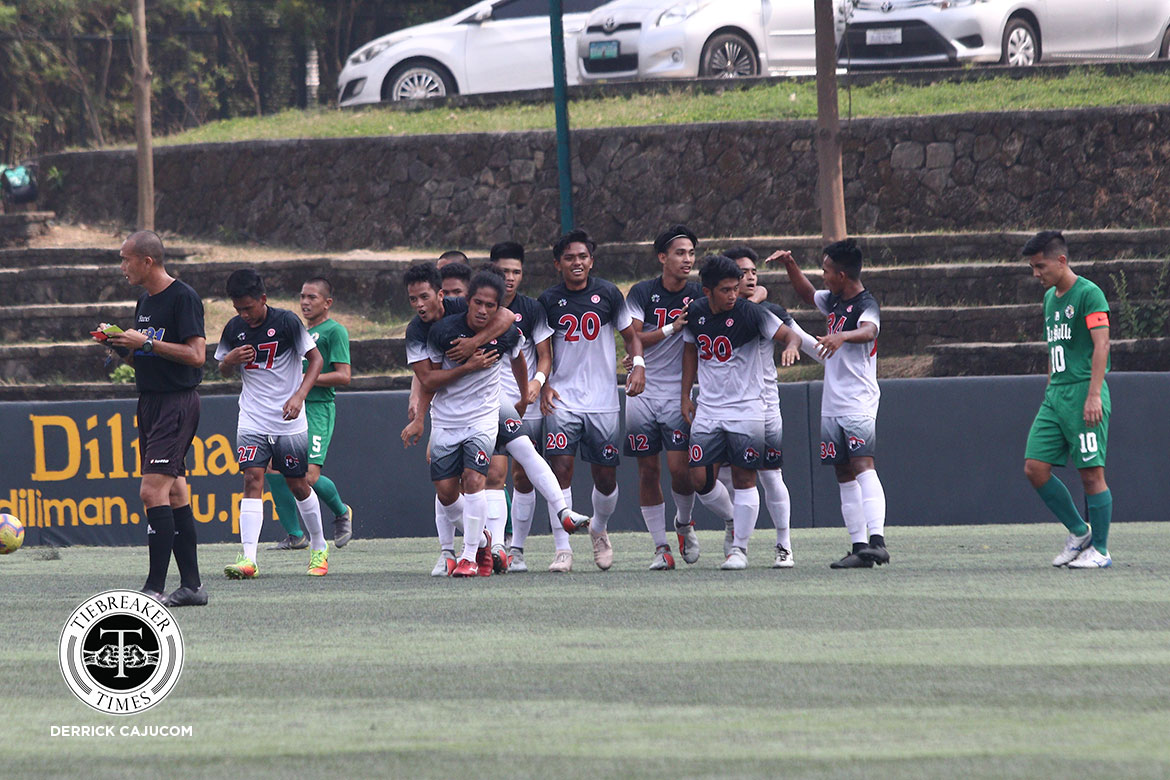 With making it to the Final Four as their goal, the University of the East Red Warriors took a step forward after taking down last year’s tormentors in De La Salle University Green Booters.

Thanks to a Mark Lerion strike in the second period, the Red Warriors carved their second consecutive victory this season, 1-0 over the Green Booters, Thursday afternoon at the Far Eastern University Football Field.

The Taft-based side had the more enterprising attacks with Almhojili getting several shots at goal primarily for his squad. The Saudi-born rookie almost punched in a second goal in the season, only Frank Rieza was there to stop the attempt.

For UE head coach Fitch Florence Arboleda, the La Salle incessant attacks were too much for the Red Warriors that they were reprimanded at the break.

Early in the second period, just seven minutes past the resumption, Mark Lerion found himself free against the run of play and blasted one past La Salle rookie keeper Mycko Villacin.

That turned out to be the match’s lone goal as both sides efforts to perturb the scoreboard went for naught as the final whistle was sounded.

The Red Warriors (3 pts) will take on the Adamson University (2 pts) on Sunday, March 3 at 1 p.m. Meanwhile, the Green Archers (3 pts) will try to bounce back against the National University later that day at 3 p.m. These two matches happen at the same Diliman venue.