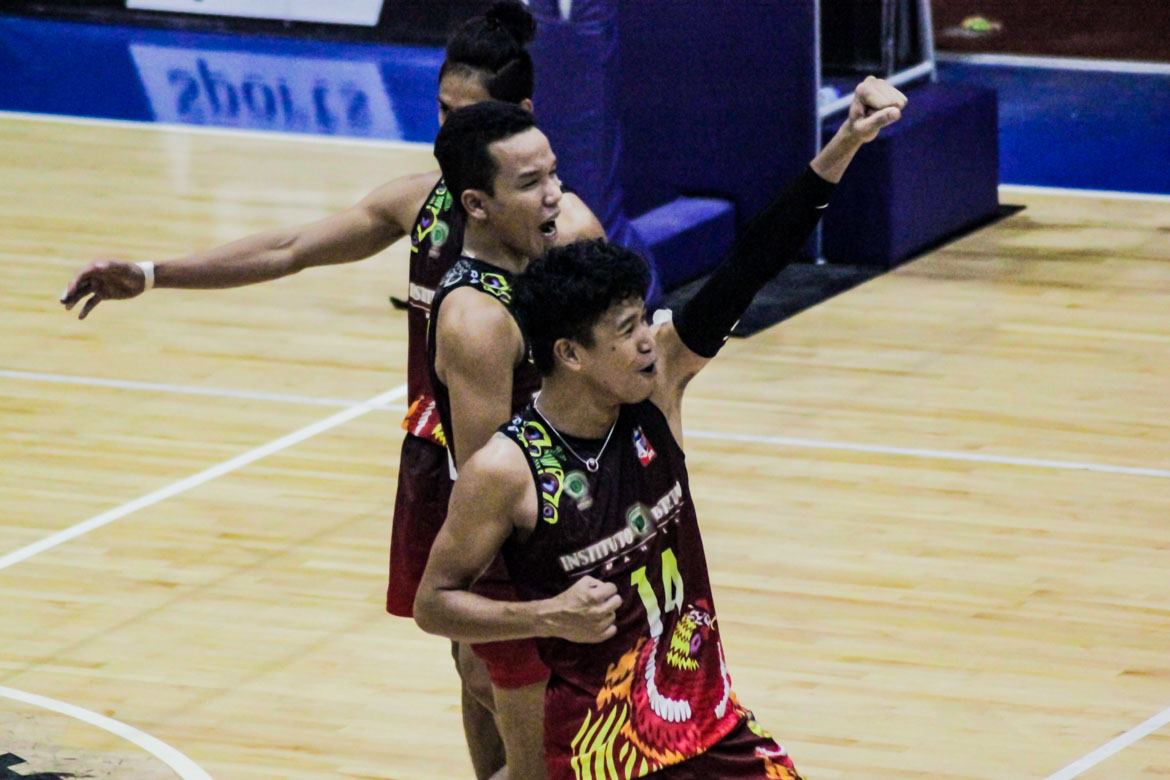 Mark Enciso made sure that the IEM Volley Masters lived to fight another day, sweeping the Sta. Elena-National University Ball Hammers, 25-23, 25-22, 25-22, to force a win-or-go-home game in the quarterfinals of the 2019 Spikers’ Turf Open Conference, Tuesday at the Paco Arena.

Enciso tallied 20 points coming from 17 hits, two aces, and a block in just three sets of play to help the Volley Masters forge a decider against the Ball Hammers on Thursday.

With the lead in the Volley Masters’ hands for almost the entirety of the third set, the Ball Hammers were able to snatch it off a drop from Edward Camposano, 16-15.

Mac Millete then committed an attack error that put Sta. Elena ahead by two points.

Looking to wrap things up, Enciso and Joven Camaganakan engineered a 4-0 outburst which swung the favor to IEM’s side.

Camposano then tried to carry his team on his back, but costly errors from the Ball Hammers paved the way for an off-the-block hit from Razzel Palisoc which then marked the end for Sta. Elena.

Almendras and Camposano fired 16 points each for Sta. Elena, who lost their first game in the tournament.

Joshua Retamar provided the playmaking with 23 excellent sets on top of three points and six digs. On the other hand, defensive specialist Ricky Marcos tallied 21 excellent receptions and 10 digs.