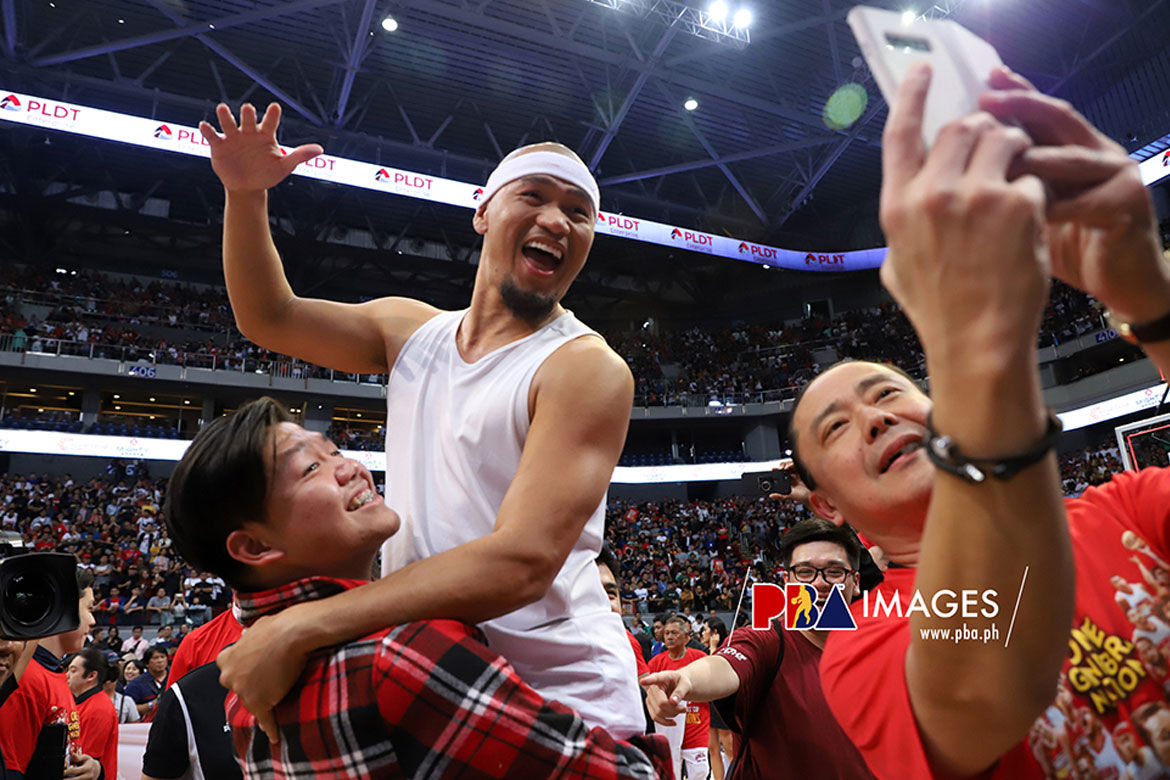 One half of the “Fast and Furious” will not be riding into the sunset just yet.

Mark Caguioa will play out his 19th season with Barangay Ginebra San Miguel.

The 40-year-old former league Most Valuable Player made the announcement during the victory celebration of the team, Monday evening at Metrowalk Tent in Pasig City.

And it’s because of a talk he had with SMC Sports Director Alfrancis Chua.

“Si Coach Al bahala diyan! I think, Coach Al pulled me aside at sinabi niya he is giving me one more year,” said Caguioa, who is an eight-time PBA champion.

“I wanna thank Coach Al for this opportunity.”

In what could be his final year, he is hoping that Ginebra wins the elusive Grand Slam.