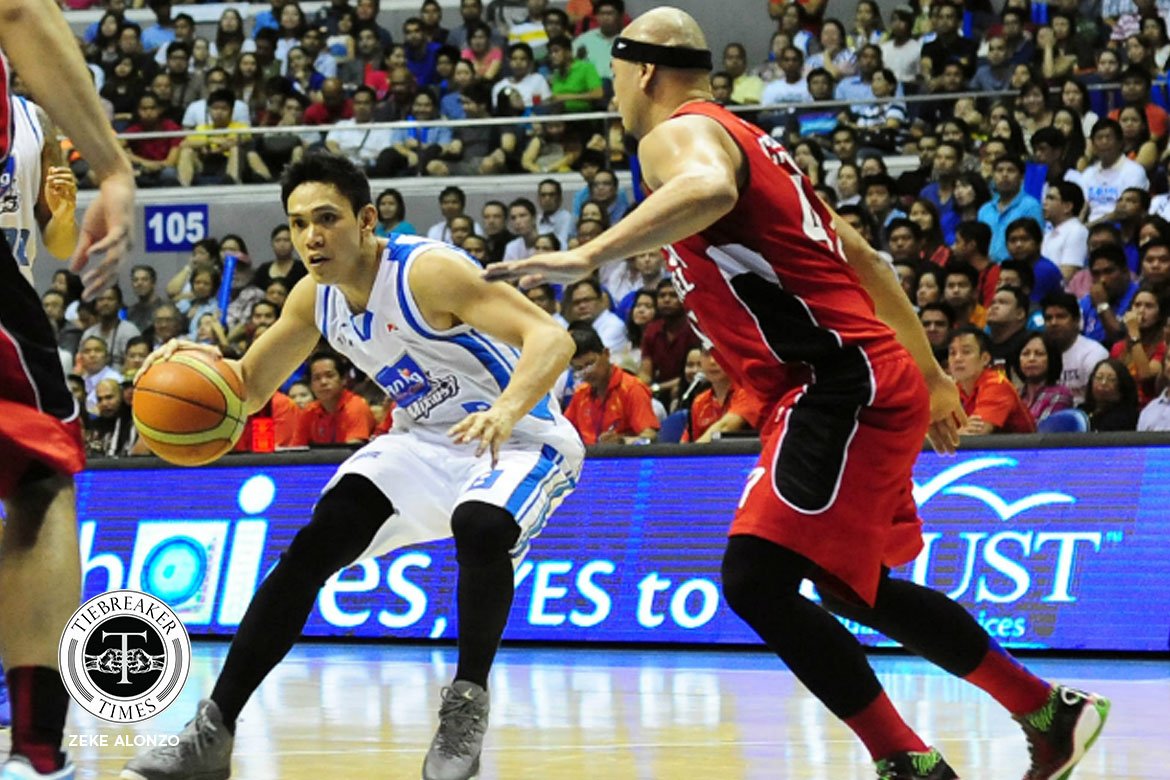 On Wednesday, PJ Simon announced via social media that he has decided to hang up his sneakers for good after 16 meaningful seasons in the PBA.

The 40-year-old began his pro career — spent entirely with Purefoods — in 2004, but he had actually been drafted into the league three years earlier.

Simon belongs to the class of the 2001 PBA Draft, where he went to the now-defunct Sta. Lucia with the 43rd overall pick.

So now that the Makilala, North Cotabato-born cager has called it a day, only one player from that batch remains actively playing in the PBA.

Caguioa and Simon figured in countless battles, and the long-time Ginebra star will always remember him as one of the nicest he’s met.

But the 2012 Most Valuable Player also won’t forget how good Simon is as a scorer, calling him a “quiet assassin”.

“PJ might be a nice guy but don’t let that fool you. I call this guy a quiet assassin because he usually goes under the radar,” Caguioa wrote.

The cager from Makilala, North Cotabato has put an end to a career that is definitely one of the best underdog stories in the PBA.

Simon helped the franchise win eight titles, including the Grand Slam in 2014 that made San Mig Coffee just the fourth team in league history to achieve the feat.

It was also in 2014 that the eight-time All-Star made the Mythical Second Team. He won his second Mr. Quality Minutes award as well.

“He is a born-winner and a true champion. Thank you for all the great battles,” said Caguioa.

“Bro, good luck on your next chapter.”