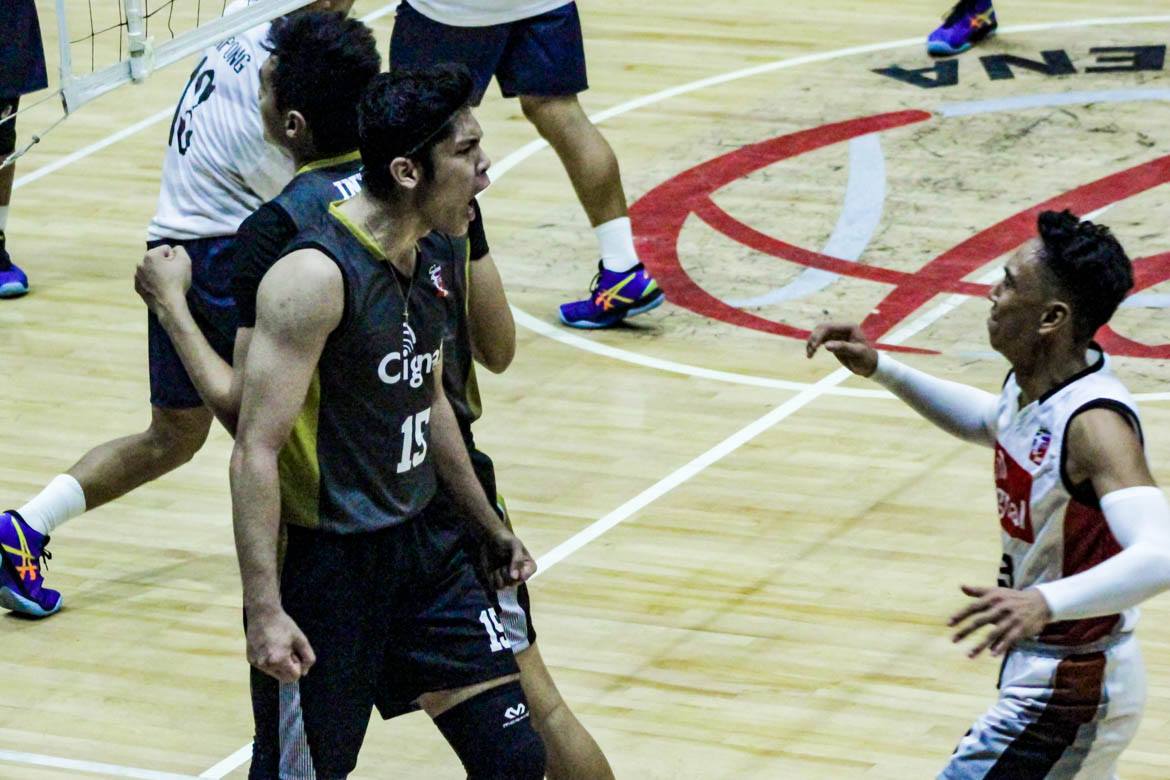 Capitalizing on the Jet Spikers’ early attack errors, the HD Spikers zoomed in on a 4-1 advantage in the fifth set. Rex Intal and Edmar Bonono then stretched the lead to four points entering the first technical timeout, 8-4.

Kim Malabunga fired one off the hands of Bonono which was then followed by an attack error from Espejo, trimming Cignal’s lead to just two. However, that’s the closest that the Jet Spikers could reach as Espejo spoiled every comeback attempt that they mounted.

Alfred Valbuena put the HD Spikers at match-point while an attack error from Ran Abdilla spelled doom for the reigning champs.

Cignal team captain Ysay Marasigan chimed in 18 points on 15 hits, two blocks, and an ace along with 13 excellent digs to help extend the HD Spikers’ unbeaten streak to nine games.

Bonono provided eight markers in the win while Intal and Anjo Pertierra finished with eight and seven points, respectively.

Vince Mangulabnan, on the other hand, steered the offensive strike with 33 excellent sets while Manuel Sumanguid spearheaded the defense with 13 excellent receptions and 13 digs.

Air Force, on the other hand, was led by Abdilla with 18 points founded on 13 attacks and five aces while also tallying 21 excellent receptions. Fauzi Ismail, meanwhile, added 16 points in the loss.

Jessie Lopez dished out 32 excellent sets for the Jet Spikers along with 11 digs.

Cignal will look to close things out on Tuesday, October 22 while Air Force will try and force a Game Three.