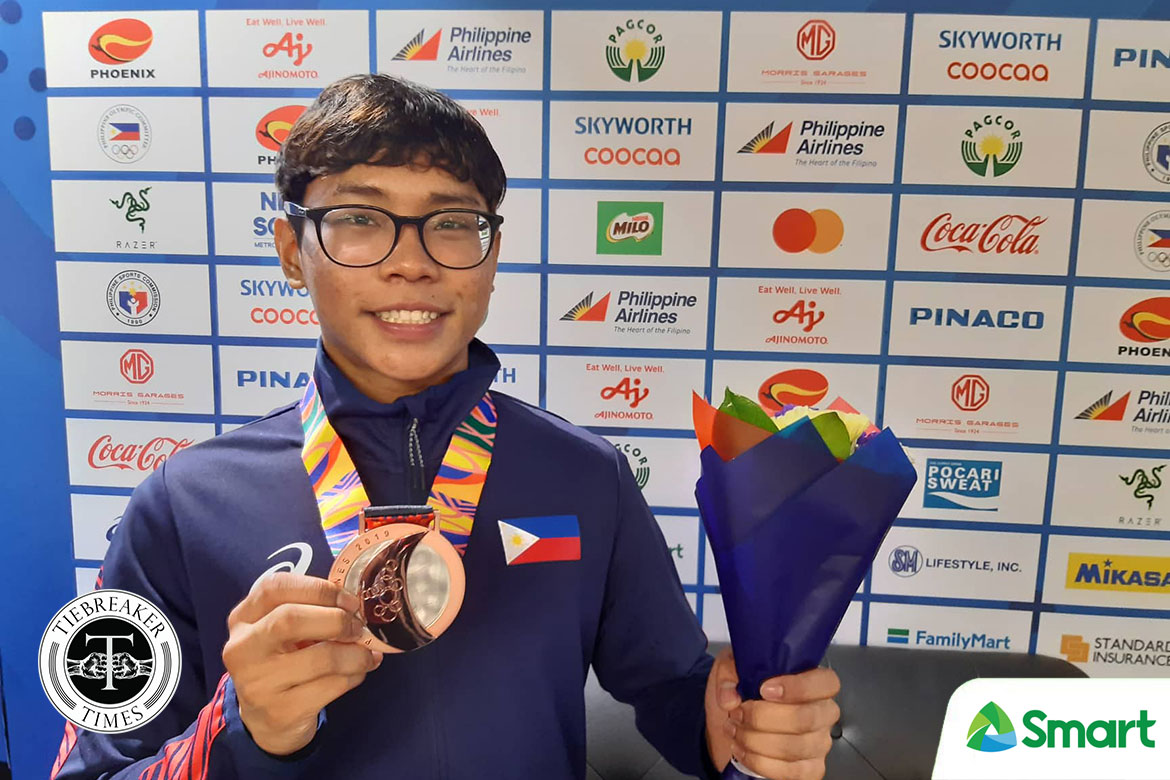 In the final day of the 30th Southeast Asian Games Short Track Speed Skating, Marc Joseph Gonzales made sure that the Philippines would not come up empty-handed.

Gonzales overcame all odds and captured the bronze medal in the 1000-Meter Short Track on Wednesday evening at the SM Megamall Skating Rink.

The Filipino speedster’s chances of a medal looked bleak in the semi-finals following a devastating fall midway through the race. But he pressed on, turning things around and barging into the Finals.

From there, the Philippine delegate raced with renewed vigor, darting across the ice and landing a spot on the podium. He clocked in at one minute and 32.176 seconds.

“While I was skating in the front, I accidentally made contact with another skater and it caused me to fall. I wasn’t expecting to advance into the Finals so I was very surprised by it,” he admitted.

Meanwhile, the odds weren’t in favor of Philippines’ Julian Kyle Macaraeg. He finished in fifth after clocking in at the one-minute, 34.842-second mark.

Over at the distaff division of the 1000-Meter Short Track, the host country’s bets in Kayla Gonzales and Xsandre Guimba fell way short of finishing in the top three.

Gonzales settled in seventh place with a time of one minute and 52.164 seconds. On the other hand, Guimba landed on ninth at the one-minute-58.760-second mark.

Cheyenne Goh, who gave Singapore a gold medal a day ago, once again proved a cut above the rest. She slithered to the top by clocking in at one minute and 39.272 seconds — a little over two seconds faster than silver medalist Ratu Nur Indah of Indonesia, who finished with a time of one minute and 41.314 seconds.

Shu Yen Tan of Malaysia completed the podium finishers of the ladies’ event with a time of one minute and 41.674 seconds.

On the other hand, the Philippine men’s team in the 3000-Meter Relay crashed out of podium position.

The tricolor squad composed of Gonzales, Macaraeg, Lyle Cadiz, and Kevin Villanueva finished fourth in the team event. The quartet managed to reach the end line at four minutes and 41.566 seconds.