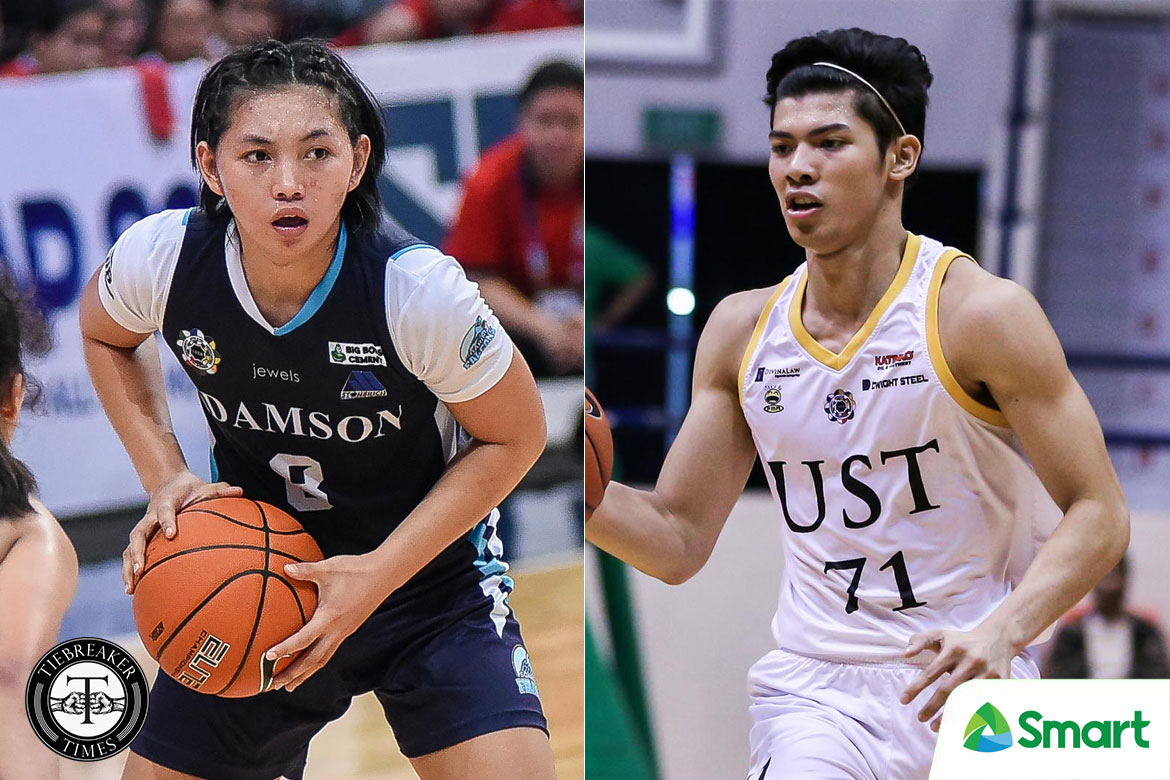 CJ Cansino is not yet at 100-percent, but he is nonetheless going all-out in leading UST’s quest to return to the playoffs in the UAAP 82 Men’s Basketball Tournament.

And after a slow start to the season, and as he continues to recover from his ACL injury last year, Cansino is picking up steam at the right time. The young guard is well on his way in reclaiming a place as one of the league’s brightest young stars.

The same determination to return to the semifinals is evident in Adamson’s Mar Prado over at the Women’s side of the action.

It was a crucial contest wherein the Lady Falcons were out to strengthen their stranglehold on the third-seed. She exploded for a career-best 40 points to go along with eight rebounds, six assists, four steals, and a block.

All the while, the 23-year-old did it in style. She went 17-of-36 from the field en route to joining an elite club of only four women’s student-cagers to breach the 40-point marker.

Without a doubt, both Prado and Cansino want nothing more than to help their teams keep playing until the next round. Therefore, they both deserve to be hailed as co-awardees of Chooks-to-Go Collegiate Press Corps Players of the Week.

The Lady Falcons’ top gun is only the third Women’s player to receive the recognition decided upon by print and online scribes working the beat. She follows National U’s Ria Nabalan and UP’s Pat Pesquera.

For his part, this is Cansino’s third taste of the weekly plum, after winning two in his super rookie season.

That one ended earlier than expected, however. His left knee injury forced him to miss UST’ last game, then into rehab for nine months. Doctors only cleared Cansino for contact a month before the new season.

Because of that, the 6-foot-1 guard struggled in the early-goings, averaging 4.4 points, 4.9 rebounds, 1.7 assists, and less than one steal.

In the Growling Tigers’ back-to-back wins over the last week, however, Cansino has reminded everybody just why he became team captain as a sophomore. He has norms of 13.5 points, 3.5 rebounds, 3.0 assists, and 2.0 steals.

Indeed, with hard work and dedication, Cansino and Prado made history together. They become only the third co-Players of the Week in the history of the collegiate ranks alongside Nabalan and Ateneo’s Ange Kouame in the UAAP; and San Beda’s Robert Bolick and Letran’s Bong Quinto in the NCAA.

The co-Players of the Week edged out L-Jay Gonzales of FEU, Jun Manzo of UP, and Isaac Go of Ateneo for the recognition.