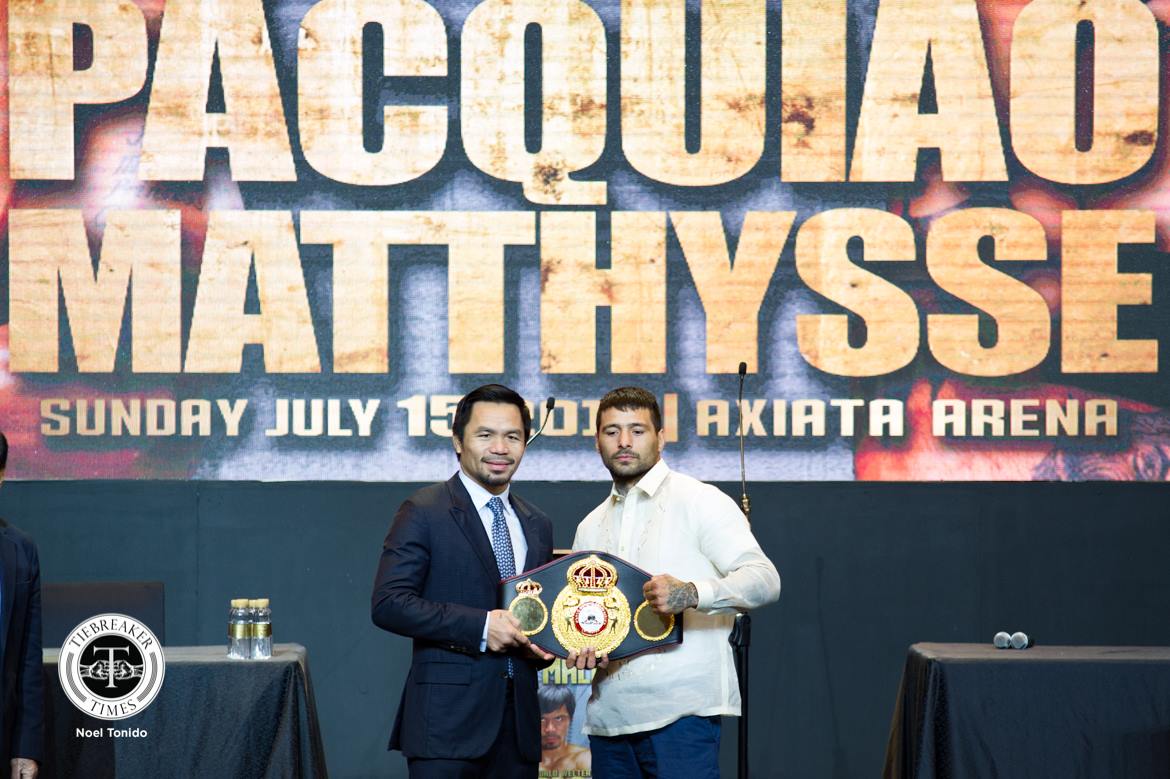 A year after a controversial loss to Jeff Horn in Brisbane, Australia, one of boxing’s all-time greats Manny Pacquiao (59-7-2, 38 KO) is looking to make a statement come July 15 in Kuala Lumpur, Malaysia.

Boxing’s only eight-division world champion is looking to tell the world that he is far from done when he takes on WBA World Welterweight Champion Lucas Matthysse (39-4, 36KO), in a card billed as Fight of Champions and co-promoted by MP Productions and Golden Boy Promotions.

“My time is not yet done and I am going to prove this coming July 15 that Manny Pacquiao is not yet done in boxing,” shared Pacquiao during a press conference on Wednesday afternoon at the City of Dreams in Parañaque City.

“I will do my best to win convincingly; if I have a chance to finish it right away, I will do it,” said the senator. “But I have to work hard because Matthysse is [that] kind of opponent. This fight in KL is gonna be a good fight. We chose Mathysse because he’s a tough opponent.

“We guarantee people will enjoy this fight because of his style and my style, he’s very aggressive.”

For the defending champion, sharing the ring with Pacquiao is a dream come true.

“It’s a dream come true and it’s a great honor for fighting against Manny Pacquiao. He is still a great fighter, very very good,” said the 35-year-old Argentinian.

However, he feels that Pacquiao’s glory days are already over.

“Since the KO by [Juan Manuel] Marquez, I think that he is not the same fighter anymore.

“He’s still very, very good but he’s not on the same level,” he said.

Pacquiao, being the promoter of the card, made sure to have an Asian flare to the card.

Serving as the co-main event is Cebuano Jhack Tepora (21-0, 16KO) taking on Edivaldo Ortega (26-1-1) for the vacant WBO Featherweight Championship.