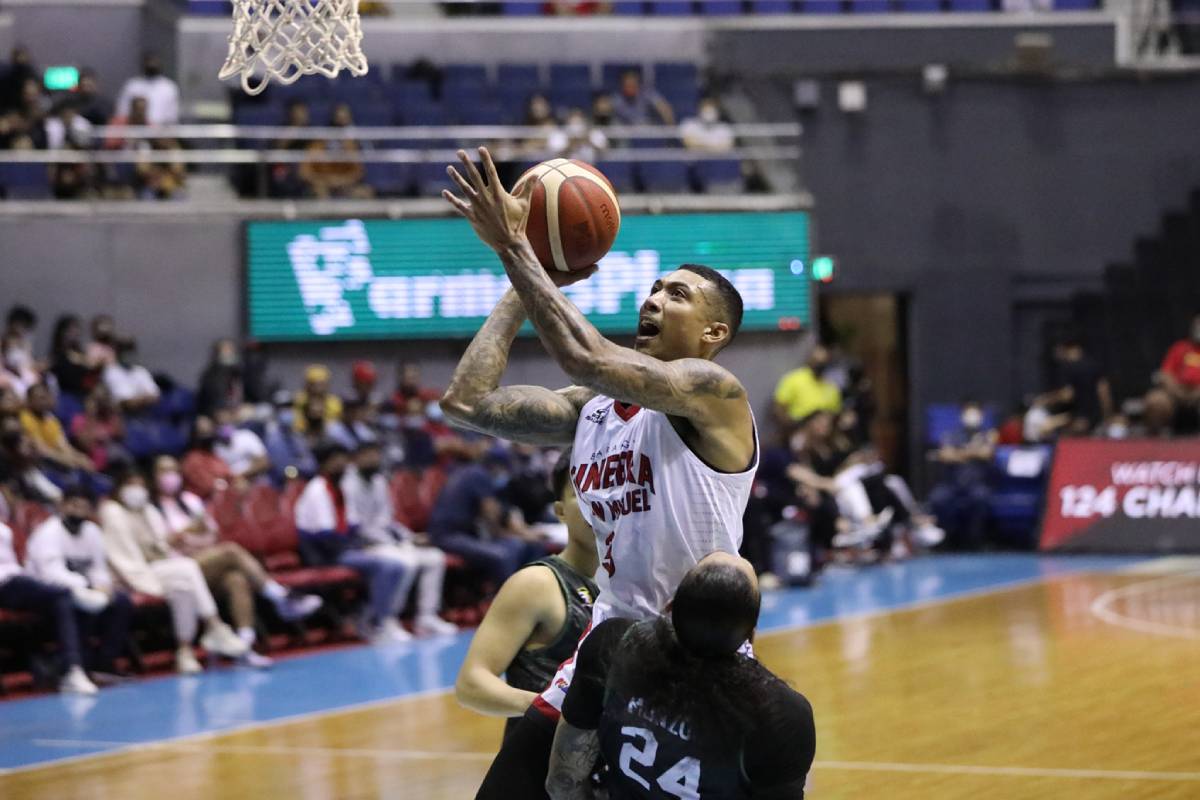 Jamie Malonzo is charging to experience the scary fall he suffered in Ginebra’s win over Terrafirma in the PBA Commissioner’s Cup. Friday night.

The athletic 6-foot-7 winger landed badly on his back at the 3:54-mark of the second quarter in a botched attempt of what could have easily been the best highlight of the Kings’ 111-90 conquest of the hard-luck Dyip.

He tried to catch Justin Brownlee’s lob by jumping over Andreas Cahilig to end the break emphatically, only to see himself fall badly instead.

“I went in for the alley-oop. Probably shouldn’t have, you know,” reflected the 26-year-old moments after emerging from the team’s dugout at the SMART Araneta Coliseum. “Probably should’ve just relaxed on that one.”

Malonzo took a while to get back on his own feet, but managed to walk by himself on the way to the bench during a timeout.

That fall, furthermore, did not affect his status for the match. He still went on to play afterwards, and finished with a full line of 11 points, eight rebounds, three assists, two steals, and a block in nearly 25 minutes off the bench.

“I took a good fall. That’s probably—it was a good fall, for sure. I’m probably gonna feel that one tomorrow. But it’s all good. I’m good,” he offered.

The 2021 All-Rookie Team member was just glad that the entire Barangay came out with the win in a game that the team considers dangerous.

“We played together and got the job done. Those are, honestly, the games that we’re scared of. You know, the ones where we can get beat and put ourselves in a bad position. So we took care of business today,” he said.

And he’ll also be bringing with him the lesson he learned the hard way moving forward to avoid getting hurt the way he did against the Dyip.