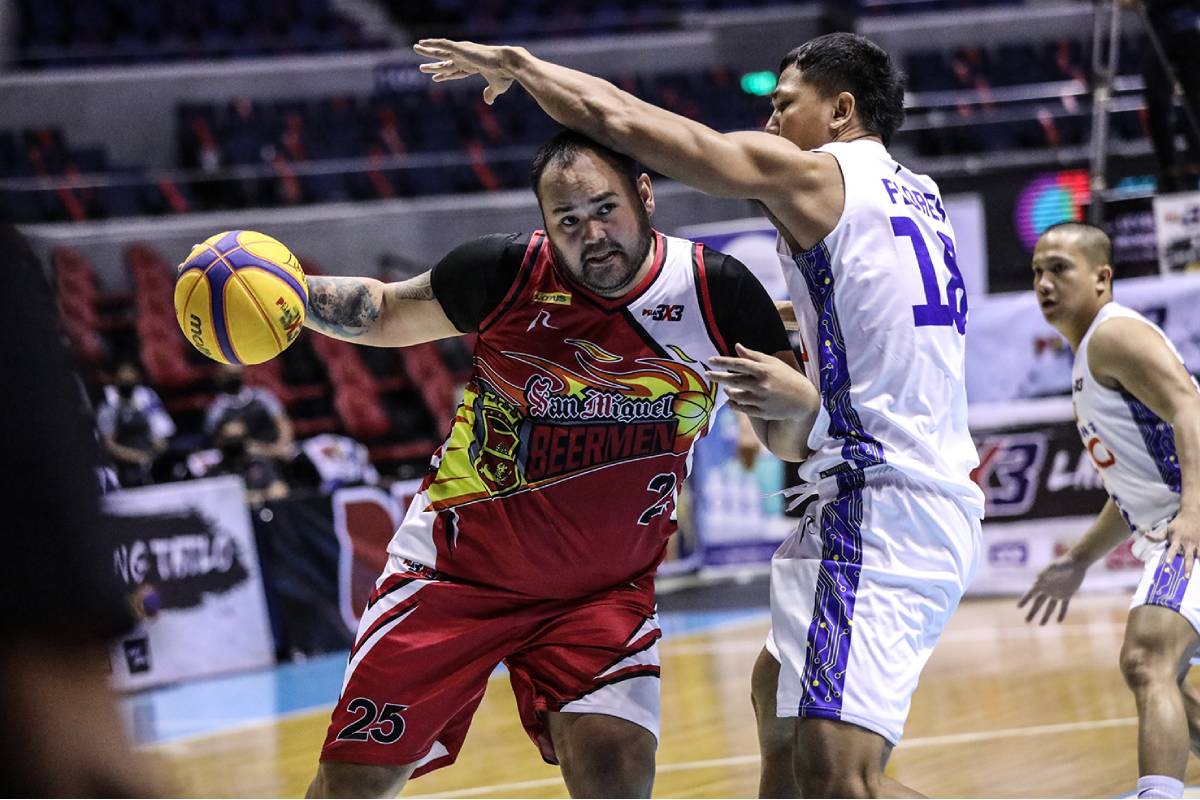 TNT will look to continue its winning way in the PBA 3×3 Second Conference’s second leg starting on Saturday at the SMART Araneta Coliseum.

The Tropang Giga are surely keen on ruling another stop after conquering Leg 1 last February 20 but will have to go through another gauntlet again.

Perennial contenders since the maiden tilt of the new league, the flagship MVP Group franchise are grouped in Pool A, together with San Miguel, Sista, and guest teams Pioneer and Master Sardines.

TNT will commence its repeat bid against the Beermen at 8:25 a.m., right after the ProTibay-Super Sealers curtain-raiser at 8:00 a.m.

Meanwhile, Meralco has its sights set on redemption after settling for yet another bridesmaid finish against the Tropa in the first leg.

The Bolts are in a stacked Pool B, which features other playoff teams in Platinum Karaoke, Purefoods Tender Juicy, and Terrafirma.

Meralco will take on the Dyip to open pool play at 8:50 a.m. in a chance to avenge its stinging quarters loss in the First Conference’s Grand Finals.

Ultimately, the rejigged Barangay Ginebra will look to sustain its ways after impressing many in Leg 1 that saw them finish at third place.

The Gin Kings lead Pool C, where they are clustered with reigning grand champs Limitless App, NorthPort, and CAVITEX.

Ginebra begins the pool action with a meeting against the Appmasters at 9:15 a.m. in a rematch of the first leg’s battle for third.

All PBA 3×3 games stream live on GigaPlay. Download it now on Android or IOS.