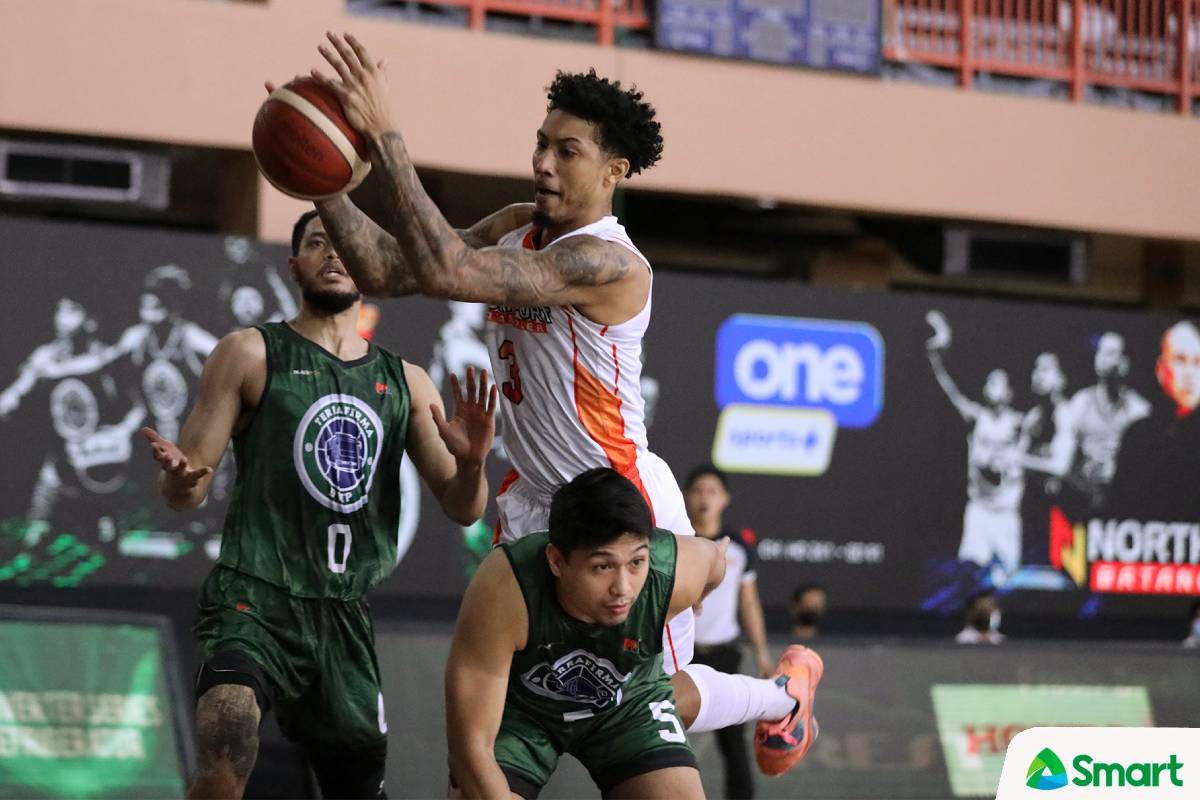 Jamie Malonzo found it a bit difficult to single out which one of his dunks in NorthPort’s dominant conquest of Terrafirma Saturday was his favorite.

The athletic 6-foot-7 forward made a total of five jams in the 104-84 victory, turning the Don Honorio Ventura State University Gym in Bacolor his own playground while social media went ablaze with the show he put on.

But after a brief moment, the rookie out of De La Salle University was able to come up with an answer: the front windmill he did off the break.

“I’ll probably go with the windmill,” Malonzo said moments after the win, their third of the 2020 PBA Philippine Cup.

“I’ve been saving that one for a long time. I told Troy Rike I was gonna get one so I got that one.”

He pulled it off with 3:51 remaining in the second quarter, and that meant more than just being a highlight as it was one of his contributions in a 14-2 run that turned a slim six-point lead to a wide 49-31 cushion.

The 24-year-old scored eight in the said period alone, where the Batang Pier erupted for 33 points that left their foes riddled all the way through.

Malonzo went on to finish with 14 points in an outing to remember. And for him, the ejection of Greg Slaughter early in the same frame gave him and the rest of his squad an added push to play that splendid.

“We just went out there and had fun. We knew with Greg Slaughter out, we’re all gonna have to step up a little bit. So at that first quarter that’s what we did and we decided to end the half strong, and we got it done,” he said.

And also an inspiration for him and NorthPort, he said, was their coaches led by chief strategist Pido Jarencio, as they are still recovering in their homes.

There’s only one thing, though, that he’s worried about. “I know Coach Pido’s probably watching and he’s probably gonna be mad — I’m out there bouncing the ball off the floor and dunking,” he quipped.

He was referring to one of his dunks during that big second quarter, where he bounced the ball off the floor before throwing it down with two hands.

But all jokes aside, Malonzo said that everything that the Batang Pier are doing in the bubble are all for their mentors.

“We’re having fun and we’re doing it for them. And they know that. So, very inspirational.”