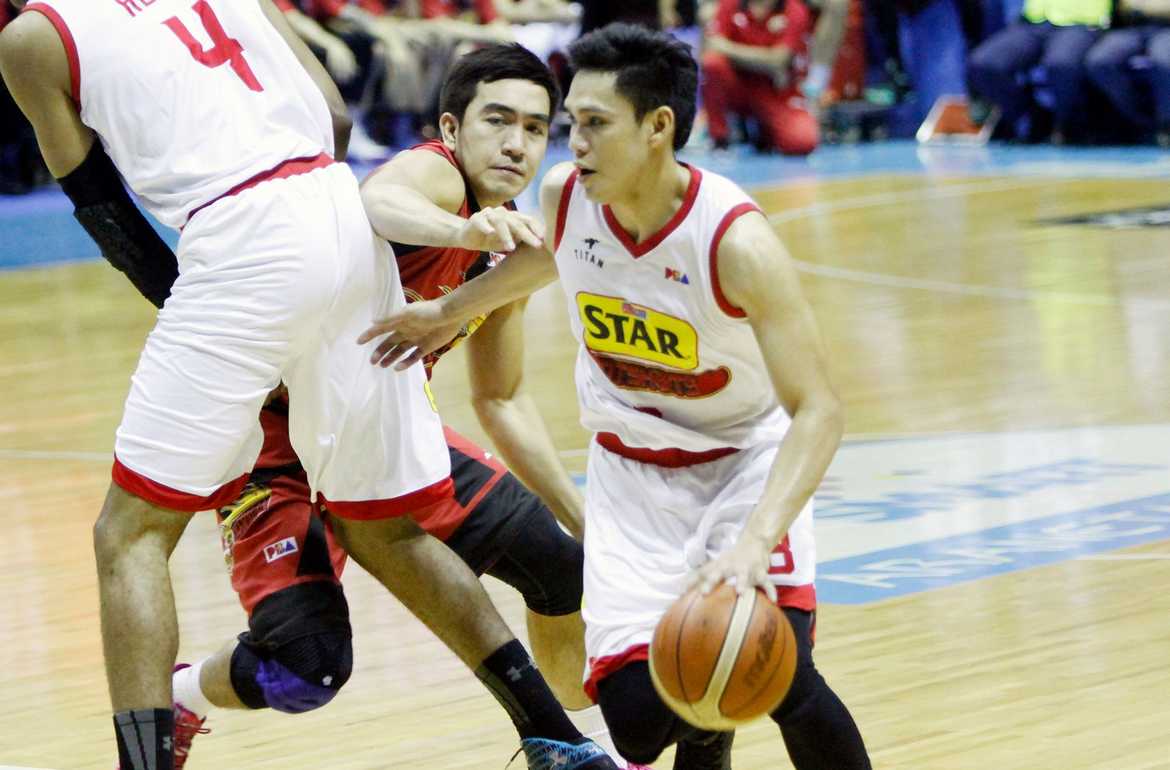 Allein Maliksi and Peter June Simon combined for 45 points as the Star Hotshots battled back from a double-digit deficit to stun the San Miguel Beermen, 108-99 Monday night at the Smart-Araneta Coliseum and force a do-or-die match in the PBA Commissioner’s Cup quarterfinals.

The Hotshots leaned on the hot sniping of both wing men before Ricardo Ratliffe took over in the fourth quarter as the eighth-seeded Hotshots completed a spirited comeback. The Hotshots poured 34 points in the pay-off period, closing it on a 21-10 run.

Maliksi first broke an 89-all deadlock with a triple before Simon converted on a three-point play to hand Star a 95-89 lead.

The Beermen imploded after that point as the team went on to fire ill-advised threes instead of sticking to the game plan. It led to two more baskets from Rafi Reavis and three more from Ratliffe, as Star extended the cushion to an insurmountable 105-91 lead.

“We fought back. These guys, they never gave up, never gave in. We survived. Credit to those 14 guys in the line-up, the coaching staff,” he added. “In reality we haven’t accomplished anything yet.”

San Miguel was still ahead, 65-57 after an Arwind Santos lay-up before Simon scored 11 of Star’s next 12 points as the team knotted the count at 68-all late in the third quarter.

The Hotshots kept hanging from there, before launching a mighty run in the fourth to seal the win.

Ratliffe tallied a game-high 33 points and added 29 rebounds to his monstrous stat-line. Maliksi had 23 points, while Simon finished with 22 points. The duo shot 40 percent from three-point area.

The rubber match will be played on Wednesday, April 20 at the Smart-Araneta Coliseum.