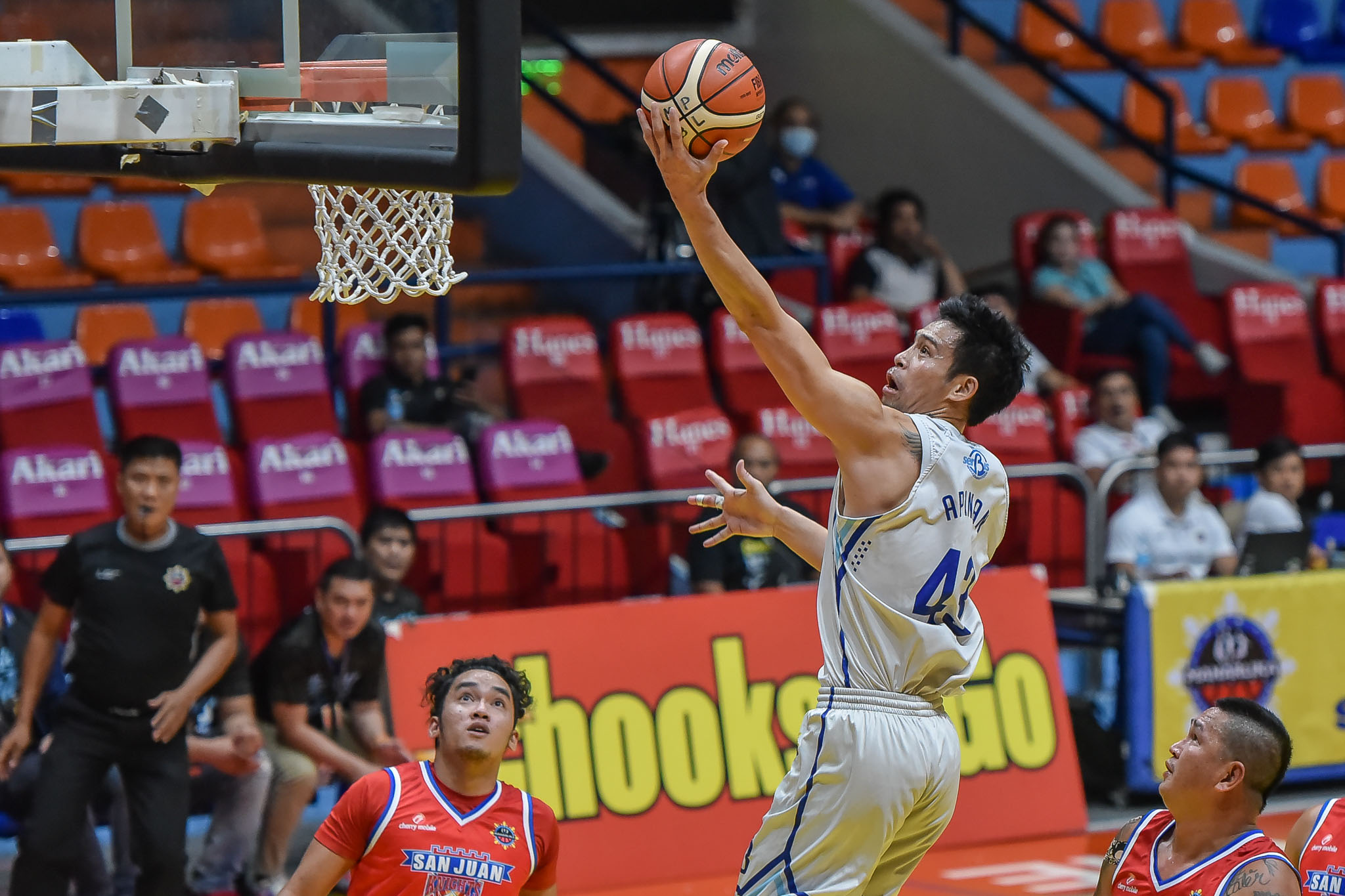 With San Juan down by 10 points, the quartet of Jhonard Clarito, Art Aquino, Orlan Wamar, and CJ Isit stepped up for the defending champions. Together they put up a 9-3 blast to trim the lead to just two, 87-89, with 20 ticks left to play.

Joseph Sedurifa, though, showed nerves of steel from the line to give Makati a slim four-point lead with 14 seconds remaining.

Lawrence Victoria then went for a split from the line, giving John Wilson one last chance to send the game to overtime. However, Wilson muffed his three-point attempt as the Knights suffered their first defeat at home.

“We talked to each other na we’ve been in this situation before, na our backs are against the wall. Kailangan bumalik tayo sa sistema natin, at siyempre, ‘yung depensa,” said Makati head coach Beaujing Acot.

Jeckster Apinan spearheaded Makati’s fightback, posting a near triple-double of 20 points, 12 rebounds, and seven assists, along with two steals and a block.

Jong Baloria, meanwhile poured 10 points of his 18 points in the final period. The product of Perpetual became the fourth player in MPBL history to reach 1000 points after a draining a triple with 53 seconds remaining in the second quarter.

Cedrick Ablaza, who rolled his right ankle in the third period, finished with 13 points and seven boards.

Makati was supposed to play on its home turf for Game Two. It had to surrender the advantage after failing to secure a venue.

In the end, though, the Super Crunch-backed squad enjoyed an almost-neutral venue, as fans were barred from entering the venue as a precaution from the coronavirus (COVID-19) outbreak.

On the other hand, John Wilson — who fired 17 points in the first half — was limited to just four the rest of the game. He eventually finished with 21 points, five rebounds, and two assists.

CJ Isit and Andoy Estrella were the two bright spots for the Knights with 17 points apiece. Clarito scored 12 points — all in the fourth period — and grabbed 11 rebounds in San Juan’s first home loss of the season.

Game Three takes place on Saturday at the same venue.

#ReadMore  Ben Mbala's first choice was Ateneo, has no regrets with La Salle 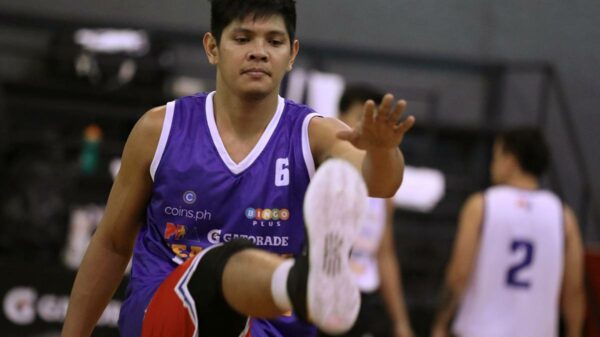