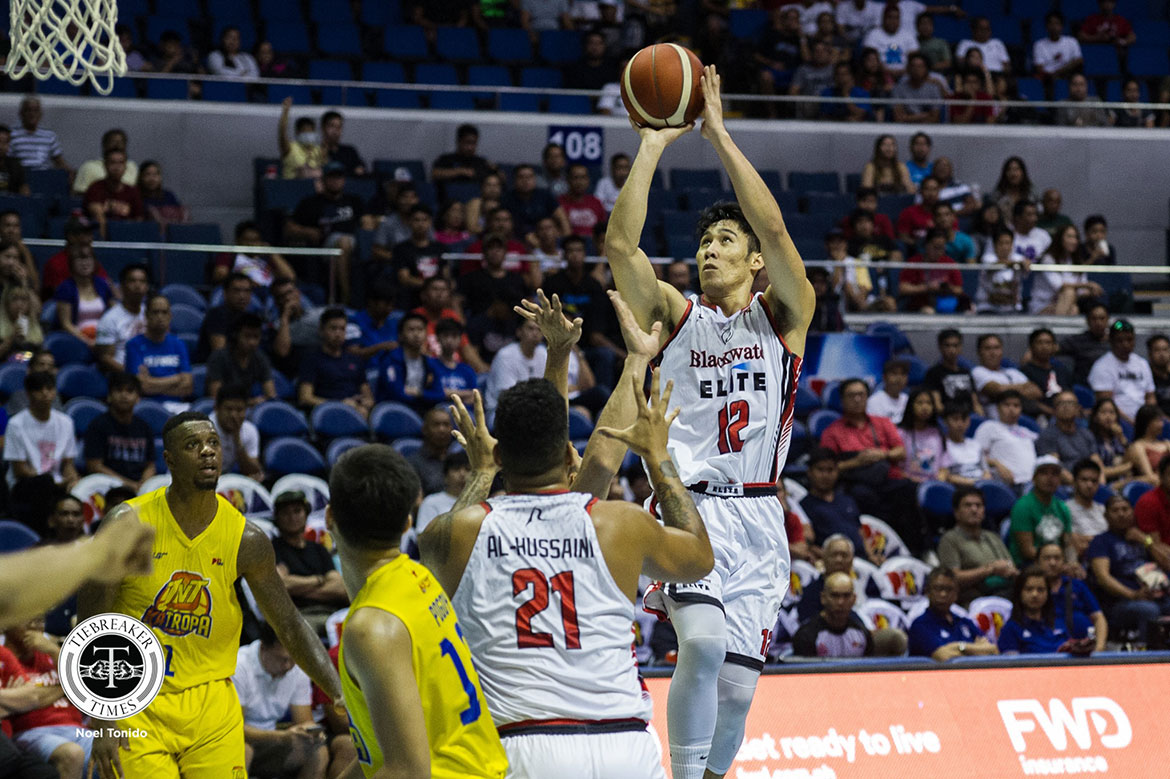 Mac Belo could not wait to set foot on the hardwood once more now that he’s all healthy to play for Blackwater in the PBA season resumption at the Clark Freeport Zone next month.

The incoming four-year pro feels rejuvenated as ever, as he has fully recovered from the minor surgery he went through back in March to get rid of the floating cartilages found in his left knee.

The 27-year-old is longing to plunge back into action as all that he had done since practically the start of the year is rehabilitation and therapy to resolve his knee issues, which had bothered him for quite a while.

Belo was supposed to be with Gilas Pilipinas last February as he was listed in the national team’s 24-man pool for the FIBA Asia Cup 2021 Qualifiers’ first window, but he withdrew due to his condition.

The versatile 6-foot-4 forward then set his sights towards the new PBA season that opened last March 8, only to be sidelined for another month or two as he decided to go under the knife.

It was initially thought that Belo was dealing with iliotibial band (ITB) syndrome until further tests unveiled that he had loose fragments in his left knee, which needed surgery to have it removed.

Another obstacle came in his way when the coronavirus pandemic struck, as the authorities’ implementation of community quarantine protocols as part of the battle versus the virus delayed his therapy.

The former Far Eastern University star, though, is beyond grateful for the team’s physicians for helping him ensure that he’s recovering well amidst the restrictions brought upon by the pandemic.

Belo admitted that he has yet to be in tip-top shape, rating his condition at 7 from a scale of 1 to 10. So getting into the best possible shape that he could is his aim heading into the continuation of the Philippine Cup.

The Bossing will parade a relatively new lineup in the bubble following a series of moves last season, but Belo remains optimistic about his team’s chances in the upcoming cage wars set to start on Oct. 11.