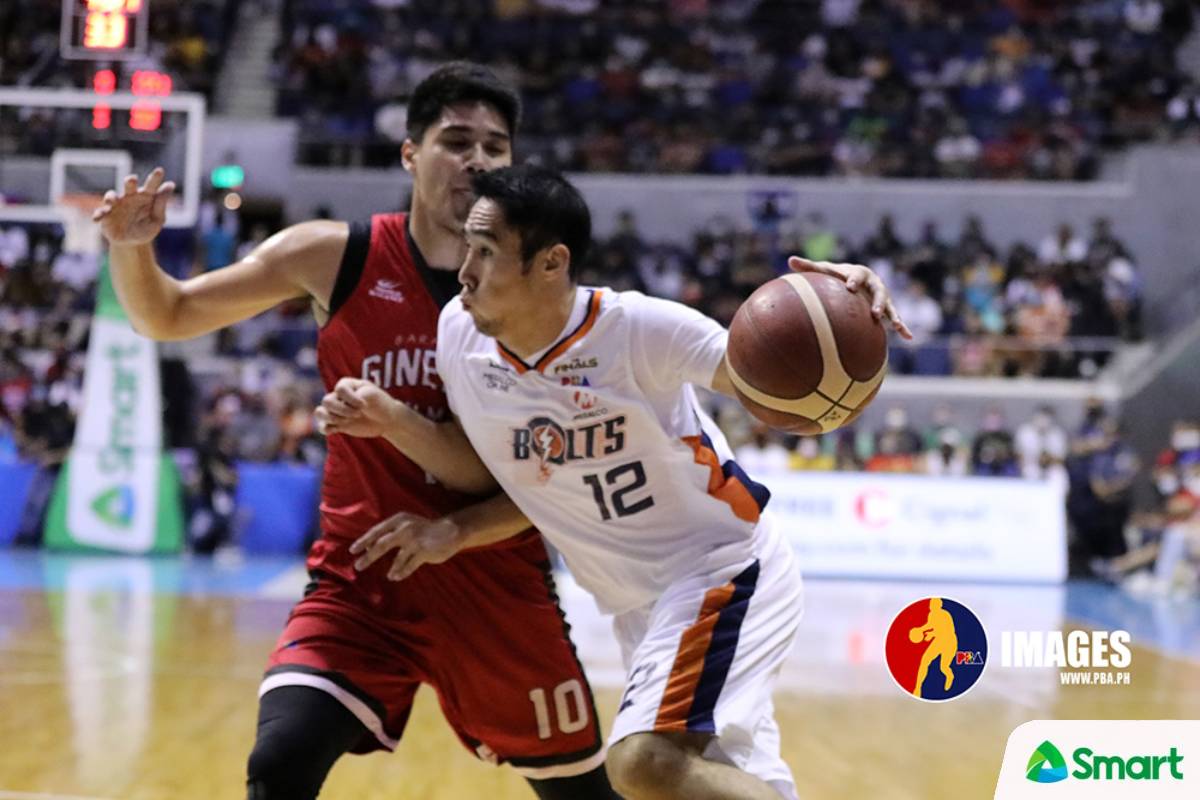 Mac Belo seized the opportunity as he received significant minutes from Meralco in Game Five of the 2021-22 PBA Governors’ Cup, Sunday night.

The fifth-year forward rarely played in the playoffs. He was, in fact, a DNP in the previous two games of the series. But he finally had the chance to prove his worth as the Bolts aimed to regain the lead in the best-of-seven affair.

He played for a total of 12 minutes and 40 seconds off the bench, and was part of the units that strung together major runs in the second half. That included the one in the final period that saw them come close to just a point from 14 down.

Unfortunately, the Gin Kings responded with a run of their own behind Christian Standhardinger and Scottie Thompson. They went on to frustrate their rivals, 115-110, to move just one win away from championship glory.

Belo finished with four points, two rebounds, and a block. But the soft-spoken cager would rather take the victory more than anything else.

“Sayang, natalo kami,” said the former Far Eastern University star, who was also a plus-8 for the Bolts, after the game at the SMART Araneta Coliseum.

“We need to find ways na maka-bounce back sa series na ‘to.”

Still, it was a solid performance that he put up. And that could give him more playing time in the crucial Game Six on Wednesday, still at the Big Dome.

“He was pretty good tonight, came in, and really helped the team,” said head coach Norman Black. “He executed well on defense, that’s one of the reasons we caught up.

“So I expect him to play on Wednesday, yes.”

Belo, for his part, assured that he’s ready whenever his number gets called, keen to make his first-ever Finals trip a memorable one.