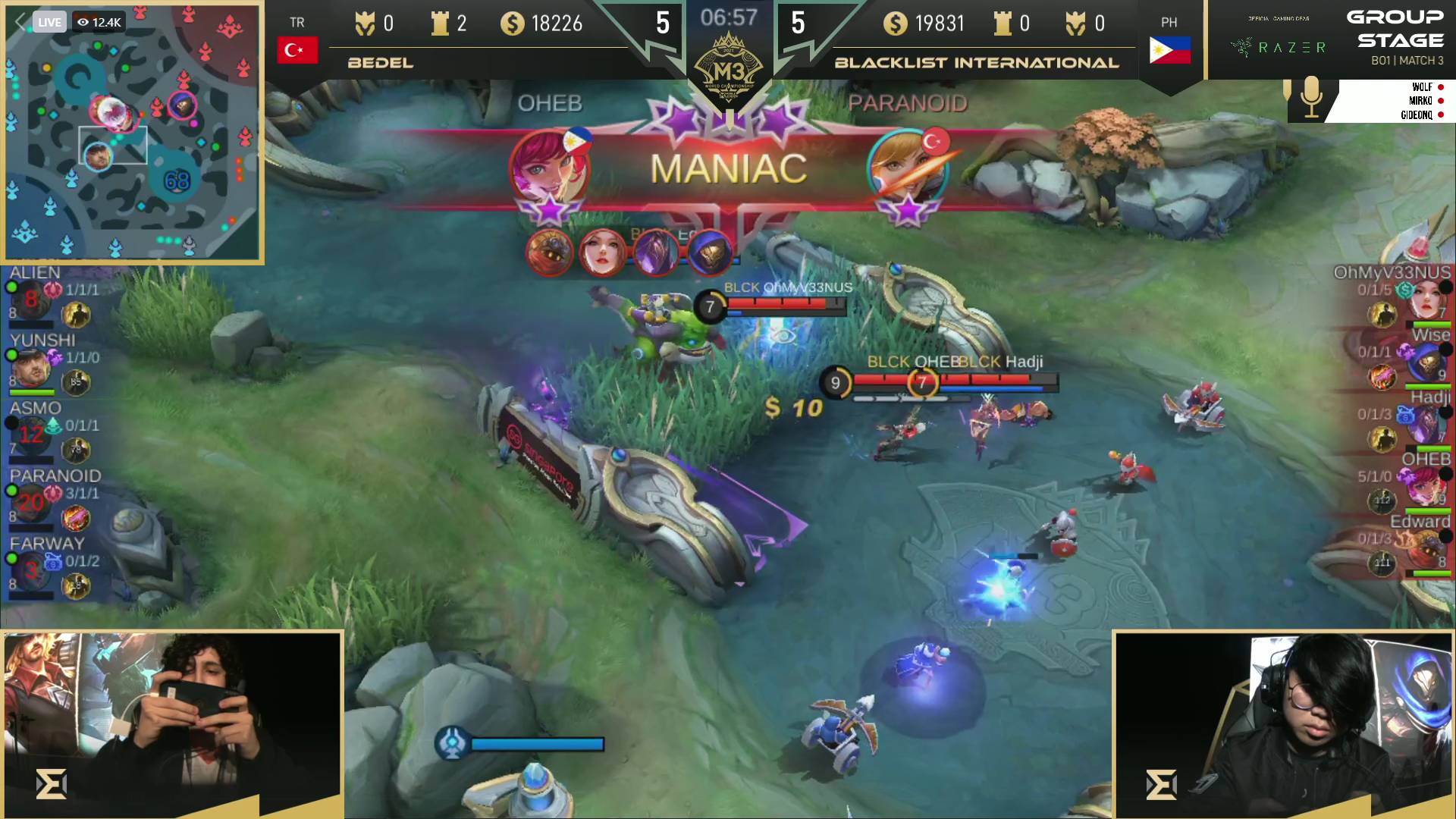 Bedel looked as if it was about to steal a win from Blacklist International.

That, until Kiel “OHEB” Soriano spoiled the fun with an early Maniac, leading the MPL Philippines champion to its second win at the expense of the Turkey-based squad on Monday at the Suntec Singapore Convention and Exhibition Centre.

OHEB, who became the match MVP, finished with a game-high 13 kills laced with two assists and a death. He led Blacklist International’s second-straight win, 16-7, in 16 minutes and 21 seconds.

With Paranoid’s Fanny leading the charge, Bedel took an early 4-1 advantage against Blacklist International in just six minutes of action.

OHEB (Beatrix), though, answered right back with a Maniac at the 6:57-mark of the game to prevent an early snowball from the Turks.

A wall steal from Paranoid entering the 12-minute mark forced Blacklist International into defensive mode. But OHEB once again stepped up to fend off Bedel’s siege.

The Tier One-powered squad kept the top spot in Group A with a 2-0 slate while Bedel dropped to 1-1.

Blacklist International will cap off the group stage against Malvinas Gaming later at 6:00 PM.