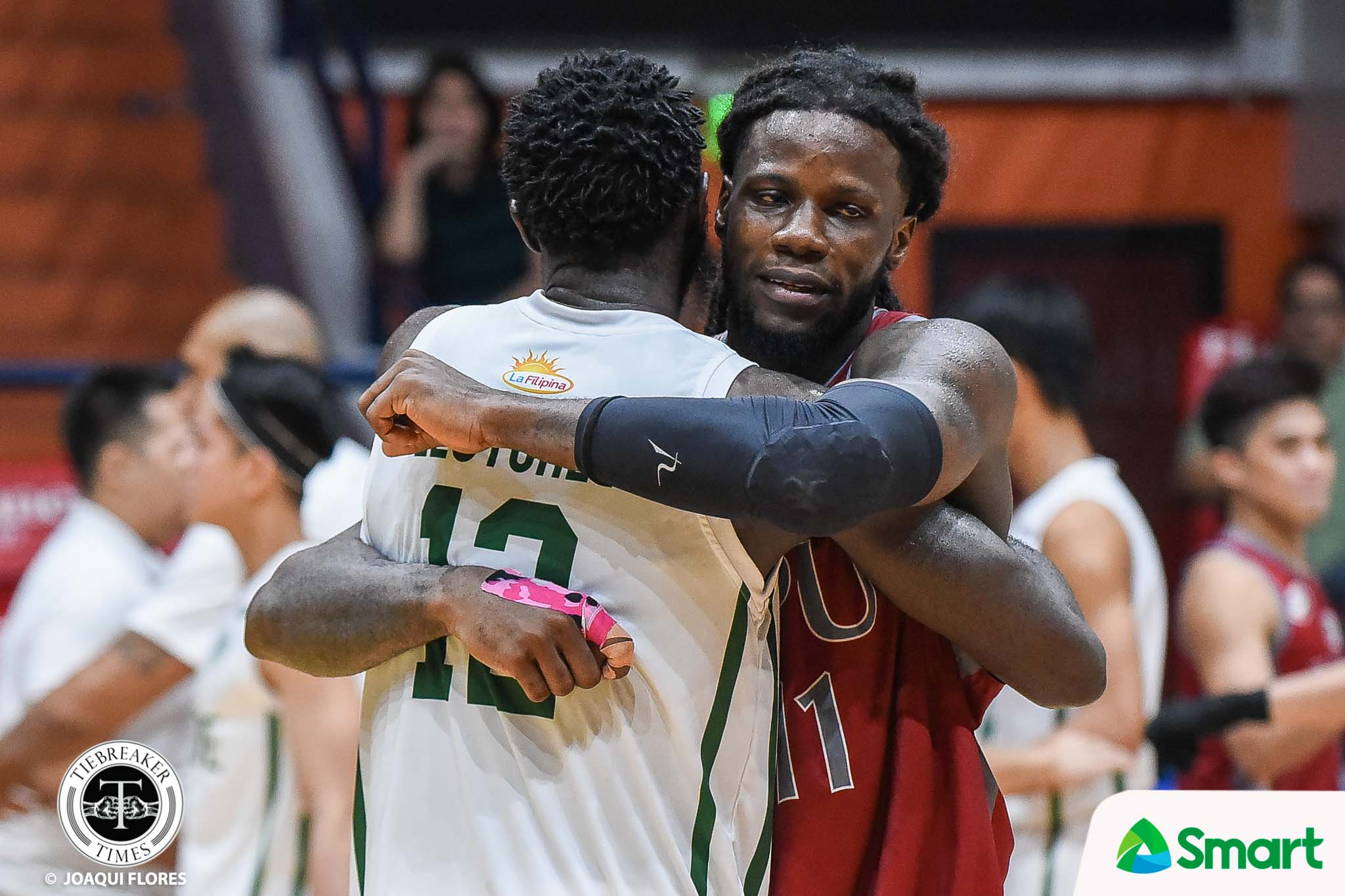 In their final game before facing rival San Beda, the Lyceum of the Philippines University Pirates blemished the College of Saint Benilde Blazers, escaping with a 74-71 victory, Friday evening at the Filoil Flying V Centre.

“We have to give credit to CSB. They just kept on pursuing. They’re coming off their best season so far and they’re playing their best basketball,” said Lyceum head coach Topex Robinson, as his side rose to 6-1 while dropping CSB to 5-1.

Behind the duo of Jaycee Marcelino and Mike Nzeusseu, the Pirates surged in the third canto, building a 68-48 lead with 29 seconds left in the frame.

Marcelino had 23 points in the game – one shy of his career-high – while Nzeusseu added 17 points and 16 boards.

However, the Blazers’ defense forced the Pirates into numerous turnovers in the final frame. Moreover, Lyceum’s defense could not catch up with Saint Benilde, giving up a whopping 15 free throws during the last 10 minutes of the contest.

With 1:39 left, Lyceum suffered a huge blow as Clement Leutcheu drew Reymar Caduyac’s fifth foul. Leutcheu then converted both free throws to cut the lead down to four, 74-70.

Though getting stops, Yankie Haruna and Jimboy Pasturan could not take advantage. Moreover, with 3.7 seconds left, Chris Flores split his freebies. Nzeusseu grabbed the board as time expired.

Leutcheu had a team-high 15 points to go along with nine rebounds.

Yankie Haruna was limited to just nine points, while Gutang still had eight boards and eight dimes. Justin Gutang dropped to his season-low six points on 1-of-7 shooting.

Nailtalk-Savio withdraws from PBA D-League due to ‘internal issues’