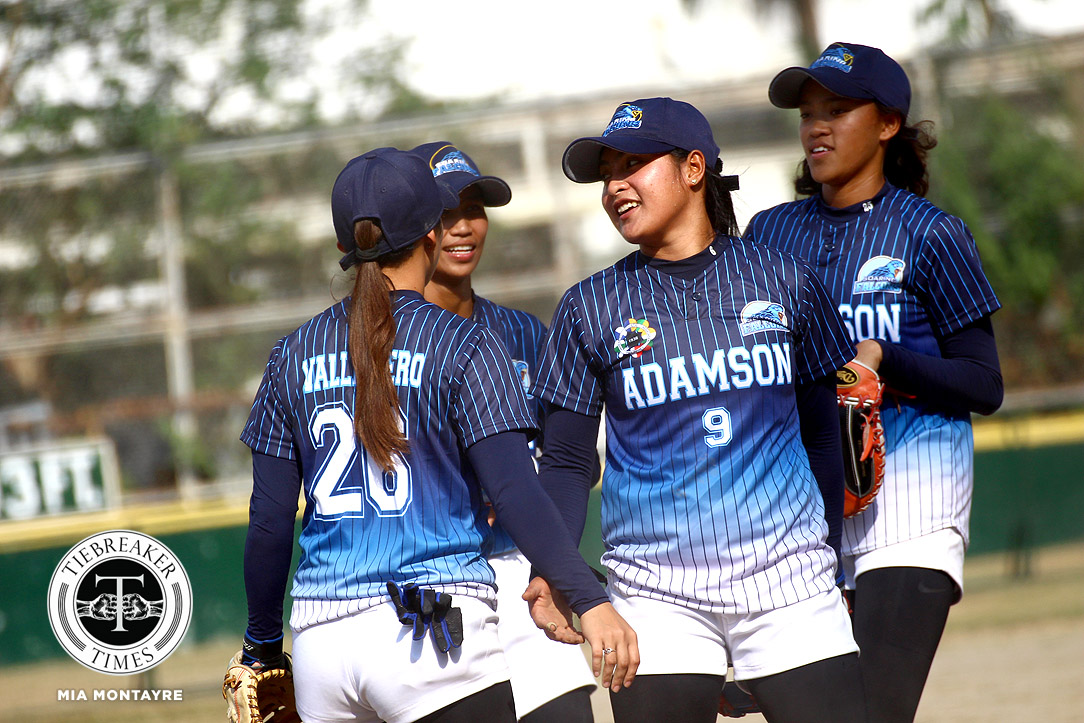 The rematch of the last two UAAP Softball Finals turned out to be a one-sided affair.

Behind a masterful performance by Lyca Basa, the Adamson University Lady Falcons picked up their third shutout win of the season, blasting the University of Santo Tomas Tiger Softbelles in four innings, 14-0, Monday afternoon at the Rizal Memorial Baseball Stadium.

As has been the norm for the season, Adamson’s offense was simply too overwhelming for the opposition. The Lady Falcons – who are gunning for a ninth straight championship – had 14 hits in the contest, which resulted in 14 runs against UST rookie Celyn Ojare. Moreover, only four batters were left on base.

Krisha Cantor – this season’s home run leader so far with two – continued her hot start to the season, going 3-of-4 at-bat for two RBIs and four runs. National team stalwart Arianne Vallestero, who is a one-and-done Lady Falcon, played her best game so far as well, tallying four RBIs while batting a .750.

But outside of the hitting, it was Lyca Basa who glued things together. Basa put on a masterful performance on the mound, allowing just one hit in three innings pitched while fanning five batters.

And this was a particularly important game for Basa. The Lady Falcon is now starting to regain her confidence after sitting out Adamson’s 10-0 victory over Ateneo last Saturday.

This is Basa’s third win of the season. She has just allowed four hits so far.

Adamson look to make it five in a row when they face the National University Lady Bulldogs on Thursday, February 28 at 11:00am. On the other hand, UST hope to bounce back when they take on the University of the East Lady Warriors at 1:00pm.