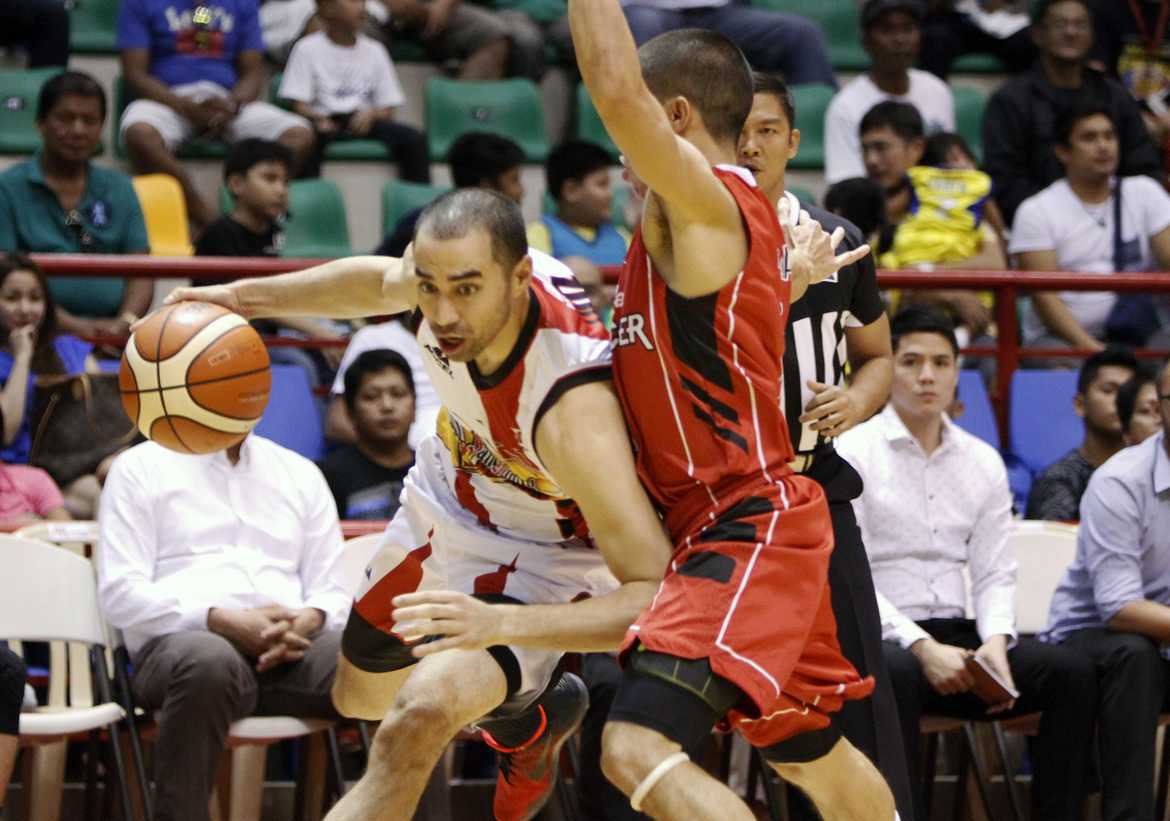 As if 29 points in his PBA Commissioner’s Cup debut was not enough to impress, San Miguel Beer import Tyler Wilkerson set the hardcourt on fire after exploding for 52 points as the Beermen defeated Globalport Batang Pier, 120-109 on Friday night to shatter whatever doubt there was left.

Wilkerson added 11 rebounds and four blocks, while making 7-for-11 from three point land as the Beermen hit 19 threes, the second most in franchise history.

More importantly, the Beermen finally got in the win column, showing there is no letting up for the team after winning the Philippine Cup.

“I made some shots today. Shots were falling and my teammates were looking for me,” Wilkerson said. “I feel like I score when I needed to. I didn’t come in thinking I would score 50 but I just came in to play.”

“I just played basketball. Whatever the defense is giving me, that’s how I am going to play. Today, the three-pointers were open and that’s what I am taking.”

The import added the 52-point showing is not even near his highest single-game output of 72 which he did while playing for a Chinese club team a few years ago.

“This is normal,” he said, drawing laughs from the press. “It was like three years ago, I can’t remember. I hit 11 threes.”

Wilkerson’s output was the highest total since Wendell McKines’ 53 points for Rain or Shine in the 2015 Governors’ Cup. But more than making it to the headlines, the 27-year-old import had bigger goals in mind.

READ  San Miguel Beermen not focused on Grand Slam, to take it crown by crown

“We want to win a championship. It’s that simple,” he shared. “This team can be a powerful team. We did not even have Arwind tonight.”

Santos did not play in the match against the Batang Pier as he was experiencing some pain in his legs, head coach Leo Austria shared afterwards.

Chris Lutz, who played two years with Wilkerson for the Marshall University Thundering Herd, was one of the players who recommended Wilkerson to be part of the Beermen.

The wing man said Wilkerson’s game has only gotten better in the professional ranks, considering the import was not even the top scorer for the Thundering Herd during his stay with the NCAA squad. But Lutz always believed in what his college teammate was capable of.

“I knew he was playing in Korea for a few years and he could not get in time for the second conference, but I was always following how he was doing. We knew he would be a great fit out here,” Lutz shared.

“He was always a scorer but he has gotten better since then. He definitely expanded his game a lot, that’s for sure. He started to develop that during his senior year. Every year he got better and better. You can see that after college, he has continued to get better.”

“We got our management in touch then they asked us how he is. Of course, I had high praise for him because he was a big time player and I knew in this league, he would be really good,” Lutz closed.

Magnifico shrugs off potential Avalos bout, fights for the day