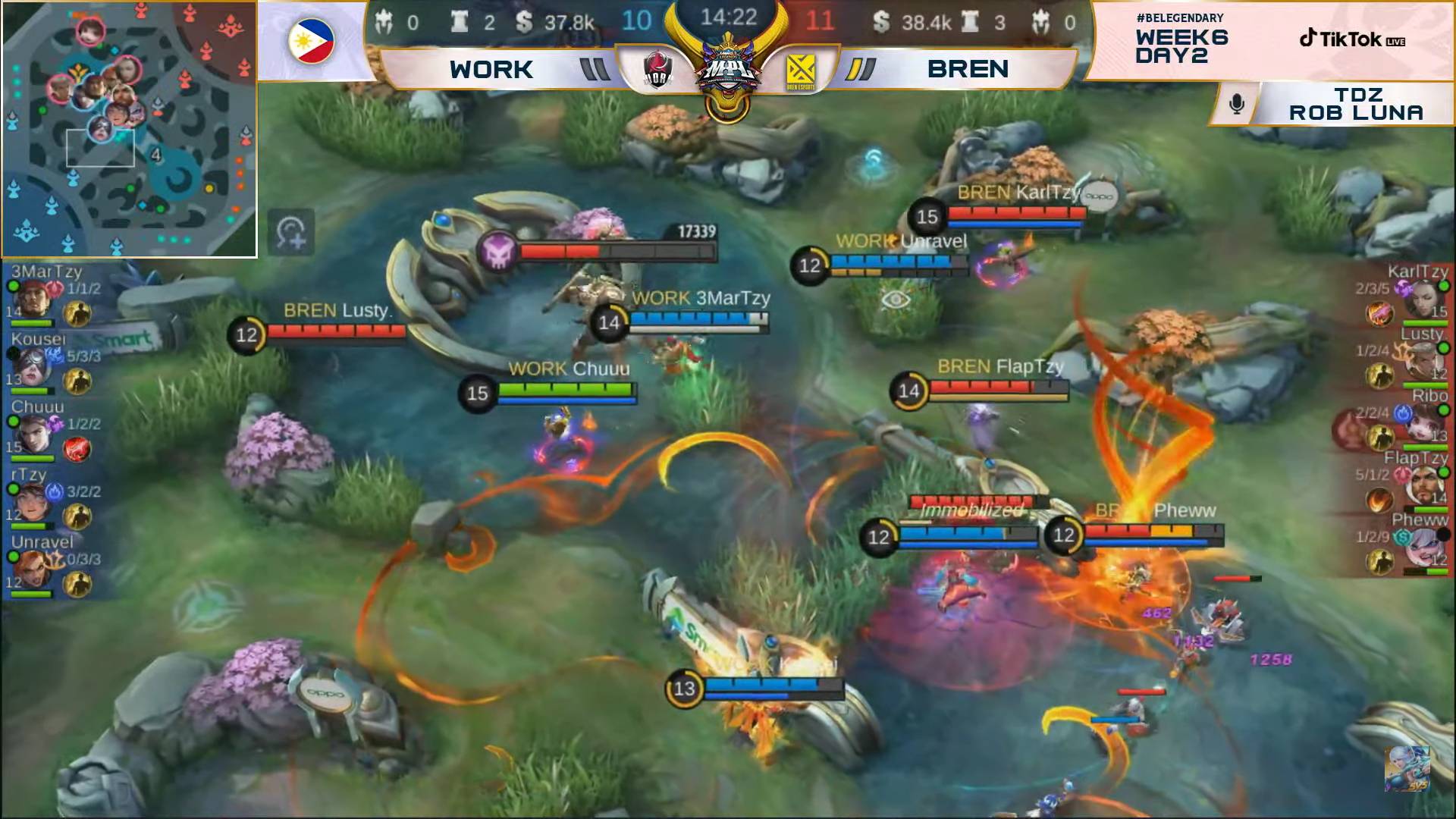 Entering the 15-minute mark, Work was poised to completely take over the game as they were already positioning themselves to secure the Luminous Lord.

However, Lusty, who used the Shadow Mask to reach Chuuu, was able to pop the Way of the Dragon perfectly on the Work core to tip the scales back to Bren’s side.

That resulted in a four-wipe for Bren, along with the Lord that helped them take down Work Auster Force’s turrets.

Another clash in the lord pit secured the win for Bren Esports.

Lusty nabbed the SMART MVP award with three kills, two deaths, and seven assists — along with a game-changing kick in the 21-15 Game Two win. 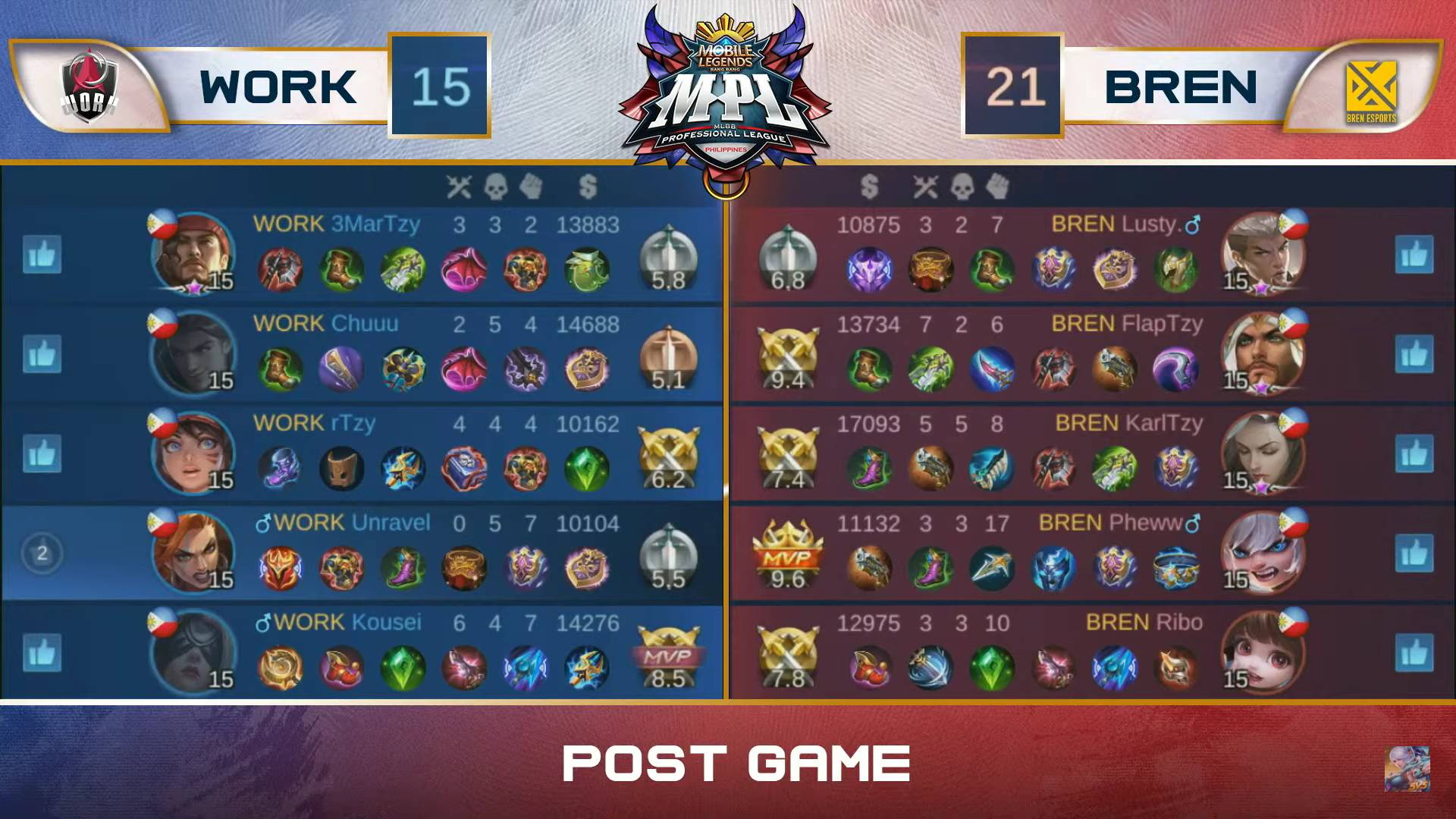 #ReadMore  Mackie lifts Pocari Sweat over UP for second win

But that seemed to be the last of it for Work, as Lusty (Rafaela) popped multiple well-timed Holy Baptisms to cancel out Dylan “Unravel” Catipon’s Khufra.

KarlTzy won the SMART MVP award in the dominant 16-2 Game One win with seven kills and two assists against just a death. 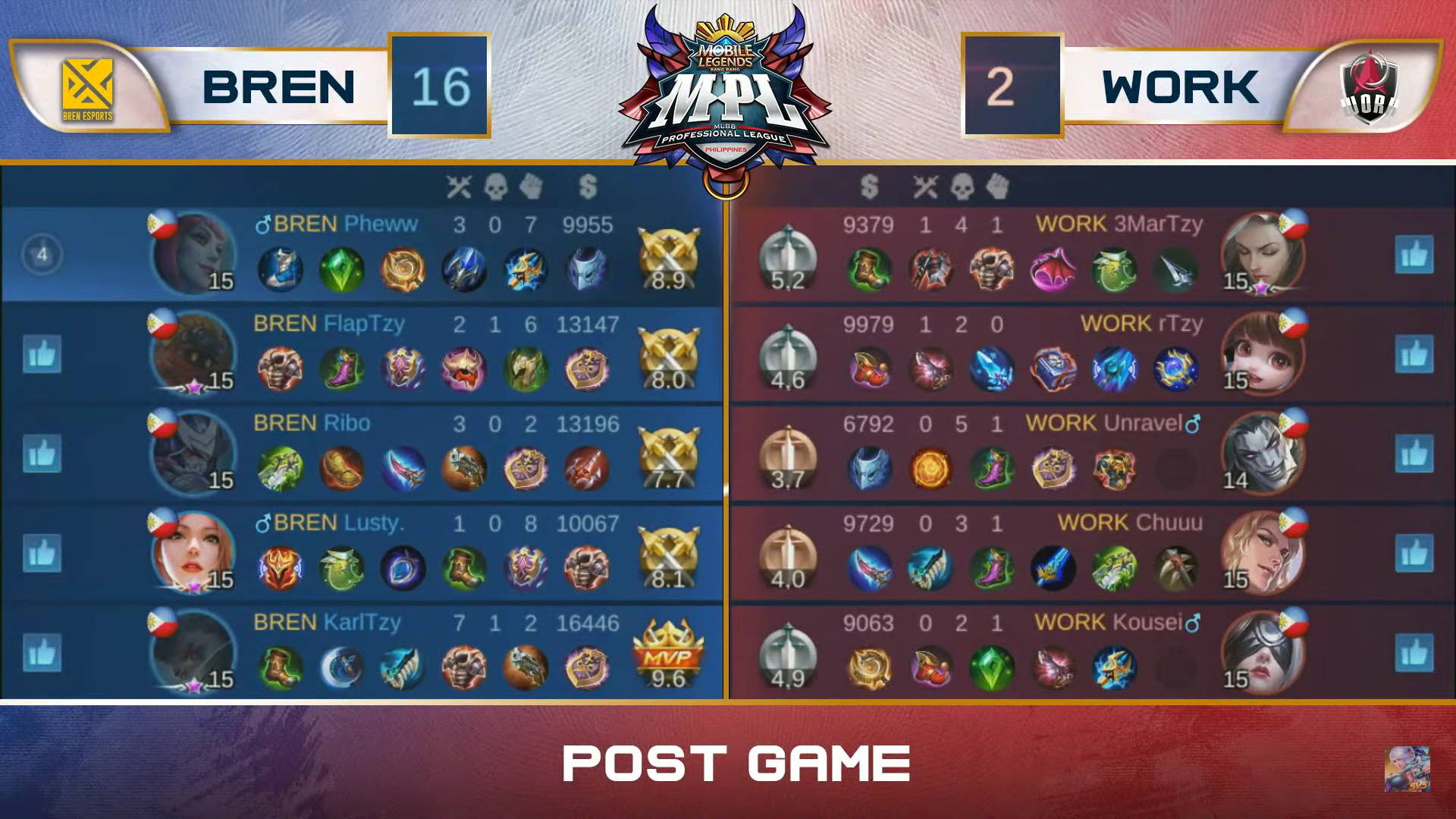 Bren Esports will go up against Cignal Ultra on Saturday, May 15 at 6:00 pm while Work Auster Force looks to secure its slot in the upper bracket on Sunday May 16 at 3:00 pm.