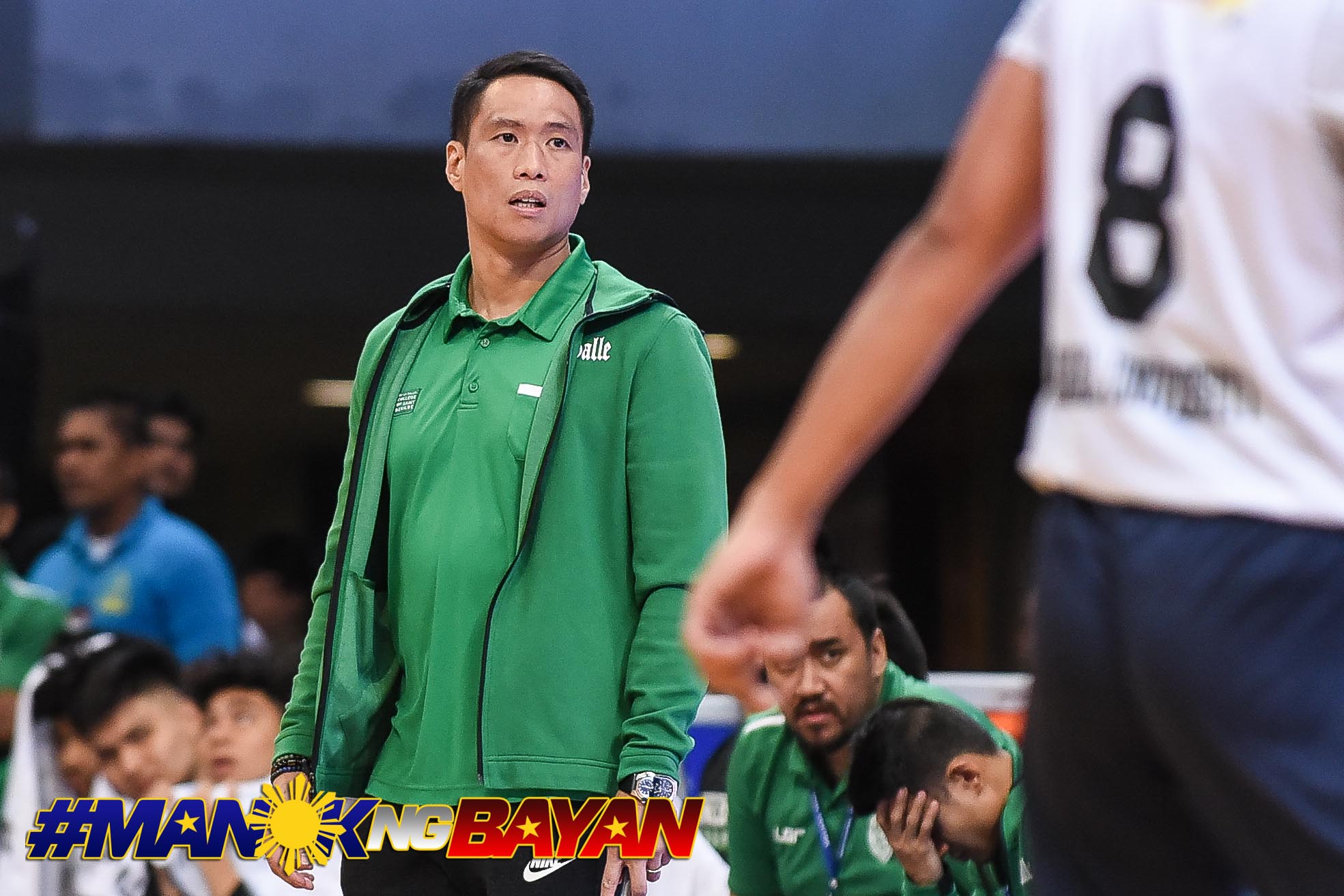 After three fruitful years with the La Salle Green Hills Greenies, head coach Marvin Bienvenida has asked the school’s president Bro. Victor Franco, FSC that he be relieved of his duties.

And it’s because he wants to focus full-time on being the school’s Athletic Director and lead the school’s sporting program to new heights.

“Actually, I announced it already. I already gave my letter to Fr. Vic. I’ve been wearing three hats for La Salle Green Hills. During my first year, I was the high school PE coordinator. Then two years later, I was tapped as athletic director,” recalled the youthful mentor during a private dinner held at Choi Garden Promenade in Greenhills, San Juan.

“I would like to give more time to the other sports who want to improve and be successful especially in the NCAA.”

The last game Bienvenida coached was last Sunday’s Chooks-to-Go/NBTC National Finals, which saw the Greenies fall to the NU Bullpups for the second year in a row, 83-95.

But besides the two silver finishes in the Nationals, Bienvenida steered LSGH to a third-place finish in his first year back in Season 92 of the Grand Old League. A year later, he was able to lead the Greenies to their first-ever NCAA Juniors Basketball crown after an epic three-game series with the Mapua Red Robins.

In what ended up being his final year, he and the Greenies fell to Mapua in another classic three-game clash.

“It’s a dream come true. Hindi ko na-expect but I was always praying hard that this would come and win one,” expressed Bienvenida.

“My legacy is, I could mold different characters and individuals. May they be recruited or homegrown, happily nakikita ko na maganda ang kanilang future,” continued Bienvenida. “Legacy rin probably is, in a way, I was able to deepen our relationship with each other. I did not treat them na napaka-taas ko.

With this, Bienvenida – who will still serve as a consultant to the Greenies – is laser-focused to build up the entire LSGH sporting program from the ground up.

“Last year, Green Hills only won one championship during the NCAA. This year, luckily swimming got it with the school hoping na basketball would be the other one,” he lamented.

“I’m not putting pressure on anyone. I’ll be realistic with them and just see progress from table tennis, track and field, and volleyball.”