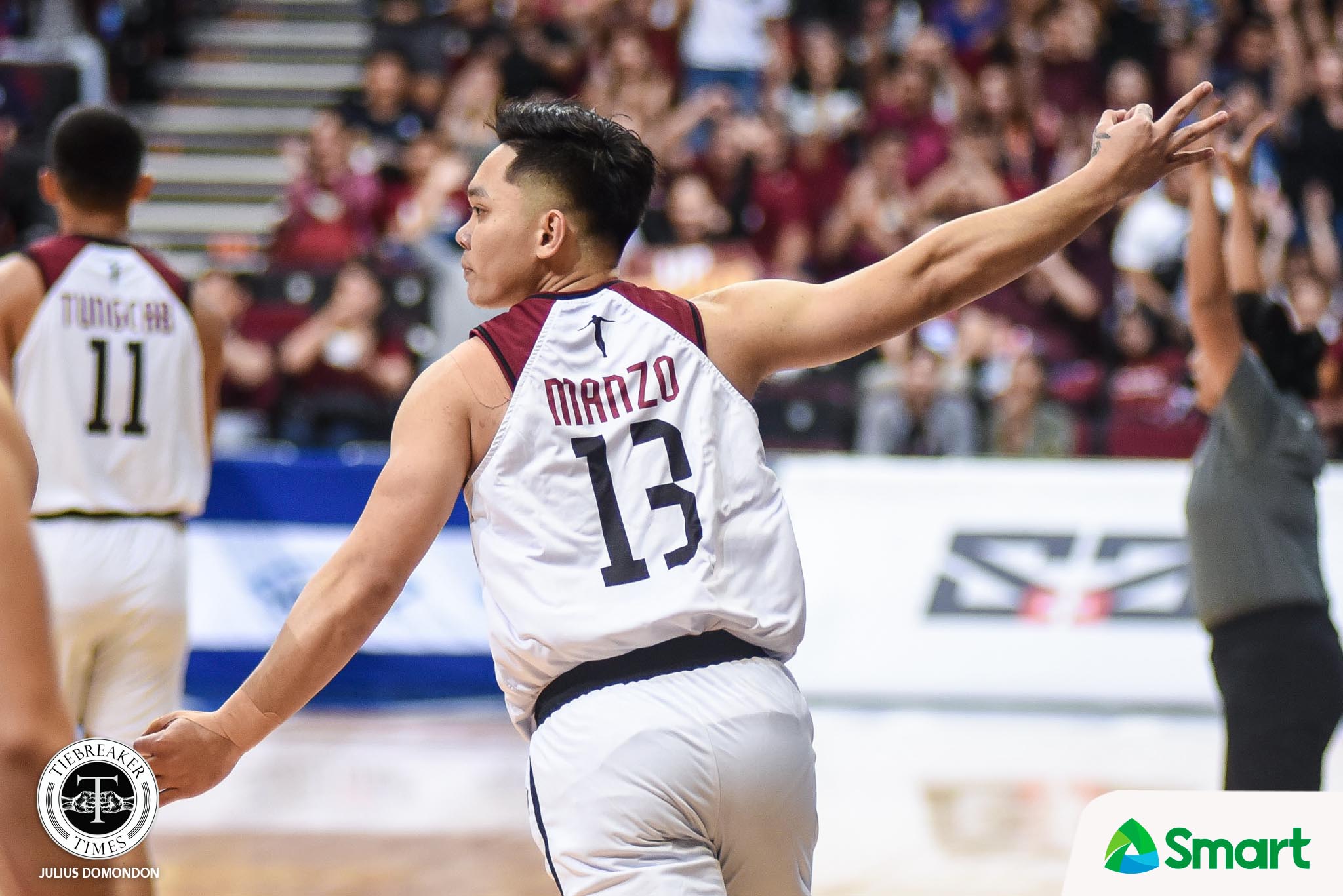 Just when the University of the Philippines Fighting Maroons were in the danger of losing their fourth game in the UAAP Season 82 Men’s Basketball Tournament, Jun Manzo took charge to avert disaster.

As one of the leaders of the State U this season, much has been expected of the Cebuano guard, but he appeared locked in a shell throughout the season.

That all changed tonight, though, thanks to sharing a meal with one of the finest ever players UP has ever produced — Paul Desiderio. 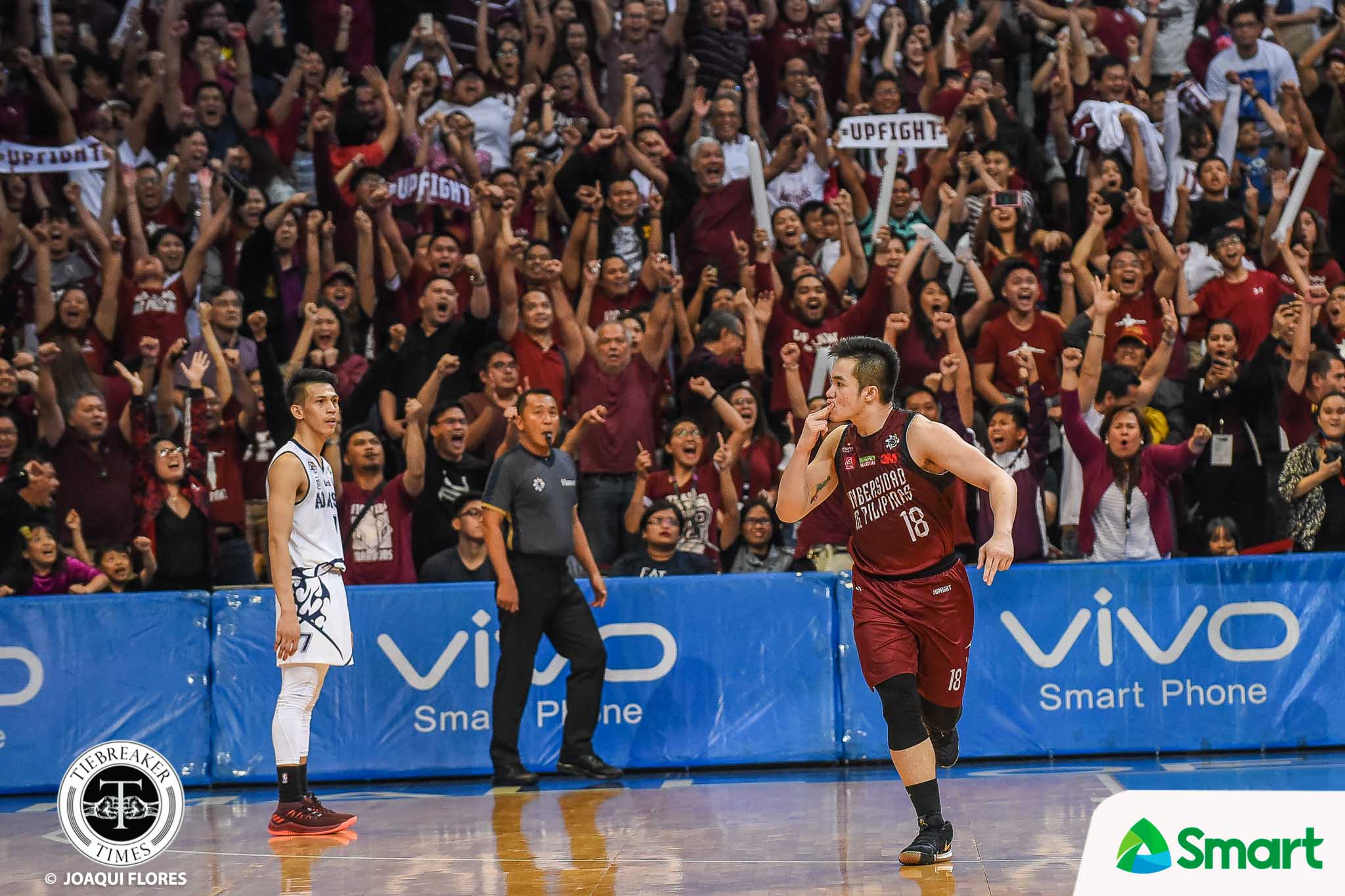 Safe to say, the pep talk from the current Blackwater Elite paid dividends for the 5-foot-9 cager. In 25 minutes of action, he contributed 17 points, five assists and three rebounds to help the Fighting Maroons escape the UE Red Warriors, 78-75, Saturday night at the SM Mall of Asia Arena in Pasay City.

To say that the win came at a right time is an understatement.

Another loss would have extended UP’s losing streak to three games, and allowed doubts to creep into the team as it seeks to enter the Final Four anew.

Ultimately, Desiderio’s conversation with Manzo allowed the latter to refocus his energy and mindset before the game. 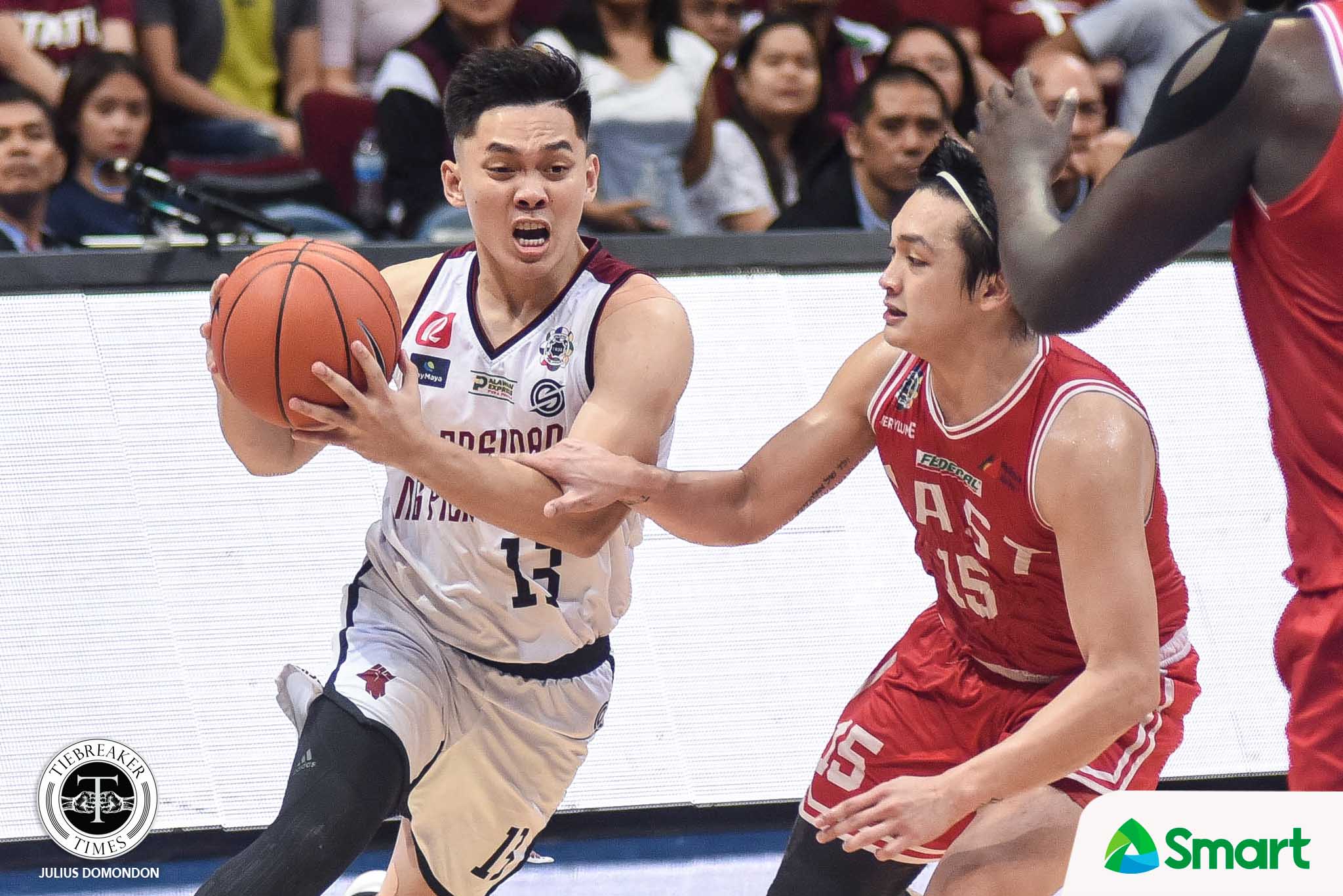 Without a doubt, the victory over UE was doubly satisfying for Manzo after his stellar performance. He knows that he needs to do contribute more to fully help UP reach its goals of finally ending a championship drought that has lasted more than three decades. When he feels down, though, he knows his former teammate is just a call or message away to help him get through a rough patch.

After Herculean effort, UP makes sure to lift Bright Akhuetie post-game