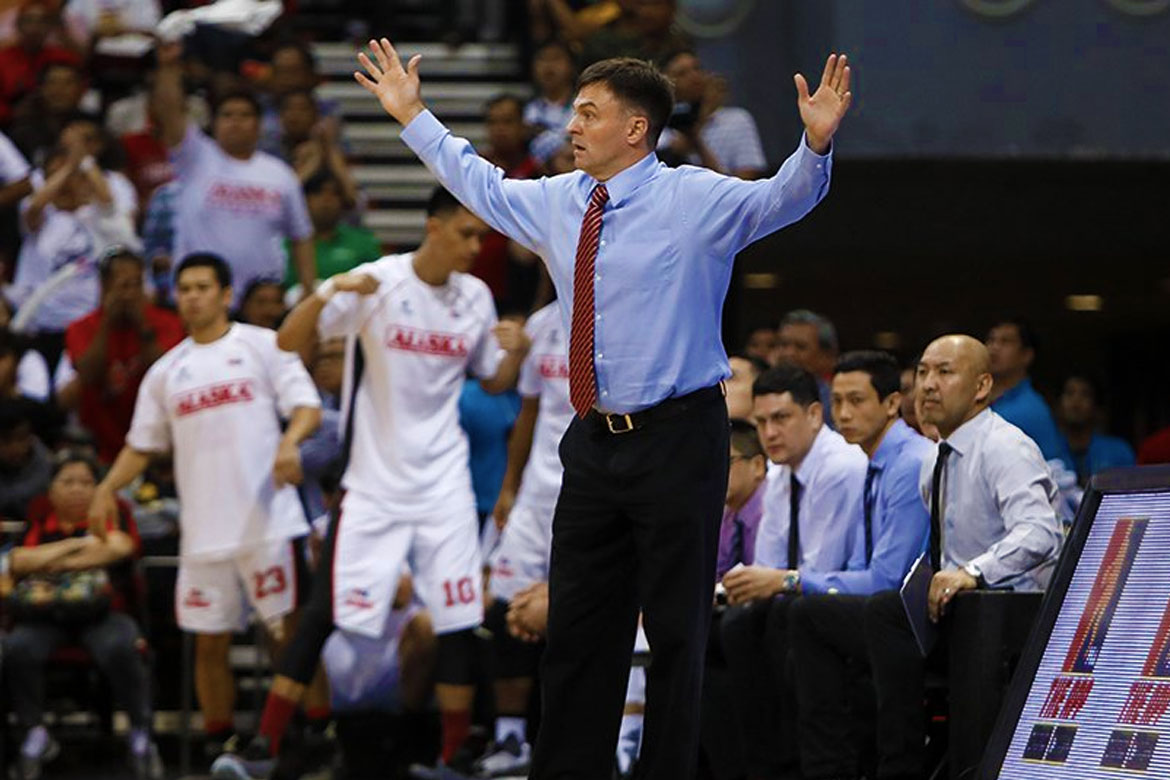 The Alaska Aces waited for two weeks before plunging into Finals action. But they unexpectedly started on the wrong foot following a lopsided 84-100 loss to the Magnolia Hotshots in Game One of their 2018 PBA Governors’ Cup best-of-seven championship series, Wednesday night at the Mall of Asia Arena in Pasay City.

Alex Compton admitted they were rusty from the get go – the Aces started the game with a quick 0-15 deficit, which proved to be early turning point of their blowout loss.

“It looked like we’re very rusty. I don’t see there being any excuse for anything,” he said, since they were coming off a two-week break entering the Finals.

The PBA halted the Finals momentarily to give way to the campaign of Gilas Pilipinas in the recently-concluded fifth window of the 2019 FIBA World Cup Asian Qualifiiers.

What puzzled Compton, though, was the way the Aces were simply outplayed by the Hotshots – plain and simple – who had the same break as them.

“We just got totally outworked, I thought. Something that I feel that has been trademark, hallmark of our team has been our effort and I thought today,” he added, as the Aces trailed by as many as 21 points before having their late game rally spoiled by Mark Barroca and the Hotshots.

“Bakit sila? Bakit sila? Ang ganda ng laro nila. I expected us to play at their level and for it to be a tight game. So we don’t have any excuses.”

But for Compton, it was still only one loss, giving him hope for a better showing from his wards in the all-important Game Two, where they will gun to tie the series at 1-1 against Magnolia – whom he admitted as the ‘best team’ right now.

“Hopefully on Friday, we’ll be fresher. We got to be better,” he stressed.

“I tried to tell our guys we’re playing against the team that’s playing the best basketball right now. Maybe we needed to experience it to know the truth of that statement. No question, we just experienced it today.”

From Liloan to Diliman, Paul Desiderio leaves lasting legacy to UP