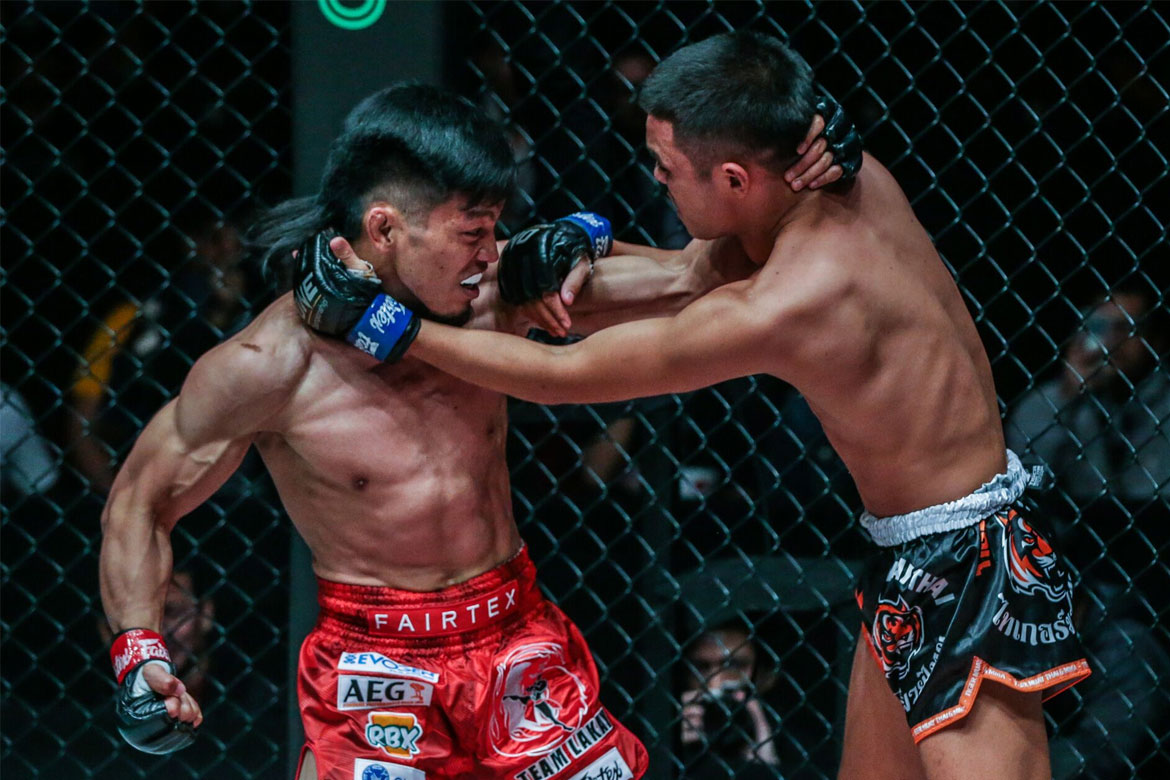 Lito “Thunder Kid” Adiwang continued to live up to the hype as ONE Championship’s next big thing in the strawweight division – and he did so in devastating fashion.

Adiwang brought the partisan crowd at the Mall Of Asia Arena to its feet with a masterful first-round submission win over Pongsiri “The Smiling Assassin” Mitsatit at ONE: Fire and Fury last Friday,  January 31.

“What makes me really happy is how I was able to get the finish, deliver the victory for our fans, and implement the game plan without taking any damage. I am really happy for that,” Adiwang said after a seemingly flawless performance against the Thai.

From the get-go, the 26-year-old was focused and menacing.

After a flurry on his feet, “Thunder Kid” pounced on a dazed Mitsatit. He then rained down heavy ground and pound on the visiting challenger.

Showing toughness, Mitsatit survived the onslaught and even took Adiwang’s back.

That became a prelude to the end. The Filipino countered with a kimura, forcing the submission from Mitsatit while the crowd went wild in adoration.

Despite the quick win, Adiwang praised his fallen foe, particularly his grit.

With consecutive first-round wins under his belt, the pride of Baguio City is making noise in the strawweight division, and he certainly wants the toughest bouts moving forward.

Without dropping names, Adiwang remained pretty clear on the path he is looking to walk.

“My biggest challenge is myself. I always want to challenge myself. I don’t want to make someone as my stepping stone. I want the top caliber [athletes] and top champions — that’s who I want to test,” Adiwang said.

“I’ll be better than today, better than yesterday, and keep moving forward so I can always put on a good show and give an exciting fight.”

In the meantime, catch ONE: WARRIOR’S CODE this Friday, February 7, at the Istora Senayan in Jakarta, Indonesia.