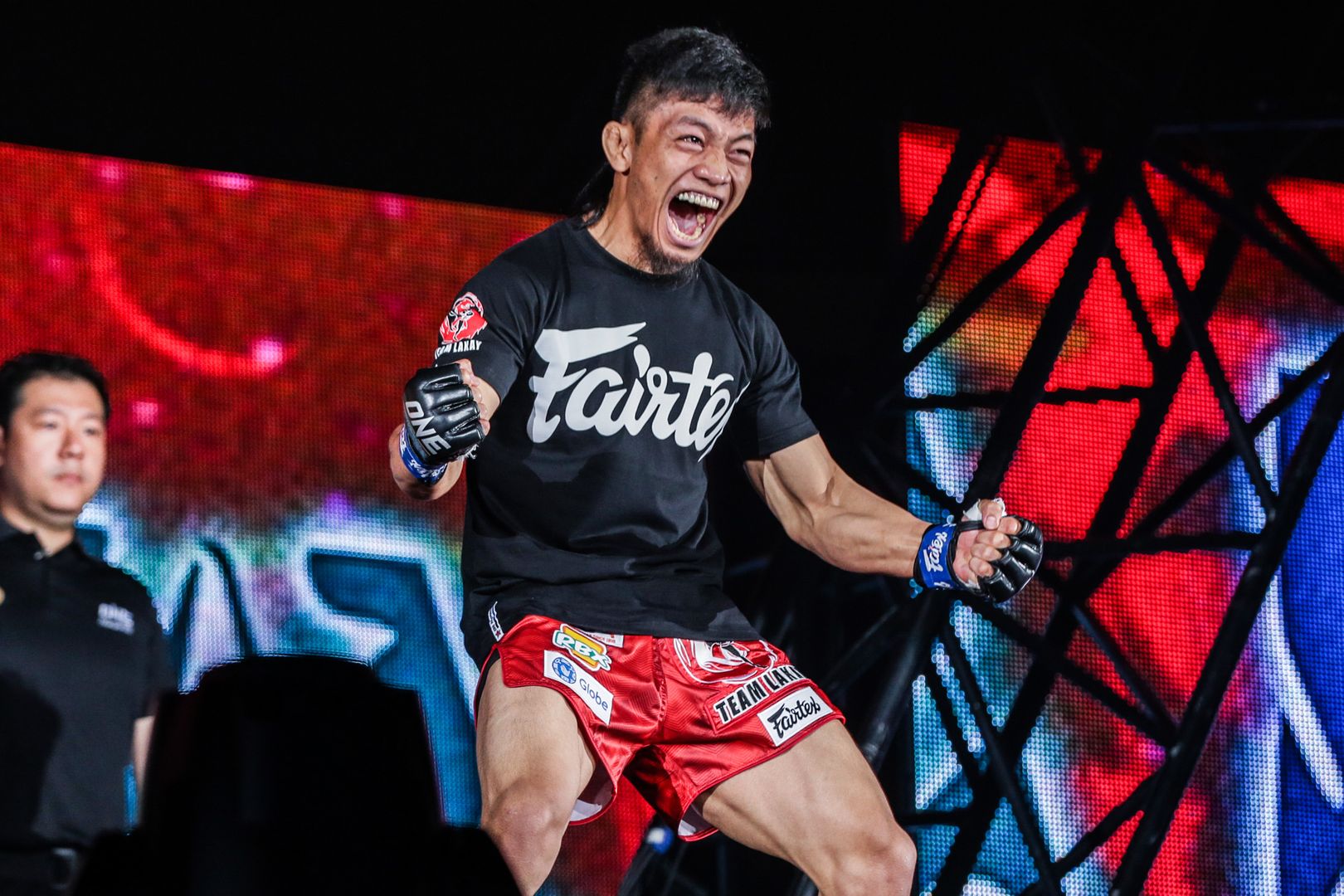 A lot of people broke out in ONE Championship in 2019, but a few athletes shone brighter than some – Lito “Thunder Kid” Adiwang is one of them.

The Team Lakay standout went from being a little-known athlete to one of the most exciting talents in the ONE strawweight division in just a span of a few months.

Adiwang’s journey this year started in Rich Franklin’s ONE Warrior Series and reached its climax at ONE: Century Part I, the biggest show The Home Of Martial Arts has ever held.

His fast ascent sometimes makes him think that he is still dreaming, but the 26-year-old understands the sacrifices he has to make to keep pursuing his goals.

“It’s like a dream,” Adiwang said. “It was a fruitful year for me in my career. I was successful in OWS and then in my debut with ONE, so I am very happy. I learned a lot this year. I saw how if you are entirely focused on what you truly want, then you will get it.

“I just have to make sure I remain grounded and focused. I just have to keep the fire burning, even though I have reached my earlier goals,” he continued.

He would not be in this position if not for his time in ONE’s developmental league.

“Thunder Kid” started out by beating Manuel “Tick” Huerta in 2018 before racking up wins against Alberto Correia and Anthony Do this year to eventually snag the lucrative six-figure contract to the main roster.

His debut on the big stage in October of 2019 was sensational, though a bit short. Adiwang scored a first-round stoppage victory over veteran Senzo Ikeda.

“My time with OWS really shaped my career. It’s a really big help to go through that process. I gained a lot of experience facing different athletes there and inside and outside the cage, I learned a lot of things as well,” Adiwang said.

“I picked up a lot of things in my opponents and I noticed a lot of things that I needed to improve more. I also met a lot of people, which continues to help me in my career. Those are the reasons why the experience was so valuable for me.”

Now Adiwang will be tested anew when he battles Pongsiri “The Smiling Assassin” Mitsatit at ONE: Fire and Fury on January 31 at the Mall Of Asia Arena in Manila, Philippines.

With big goals for the future, Adiwang has no plans to lose this one.

“I am visualizing that I will keep on winning, and hopefully be a top contender,” Adiwang said.

“I want to close 2020 and enter 2021 as one of the top athletes and closer to a title shot – that’s what pushes me to keep the fire burning in this sport.”

In the meantime, ONE Championship returns to martial arts action on January 10 for ONE: A New Tomorrow at the Impact Arena in Bangkok, Thailand.