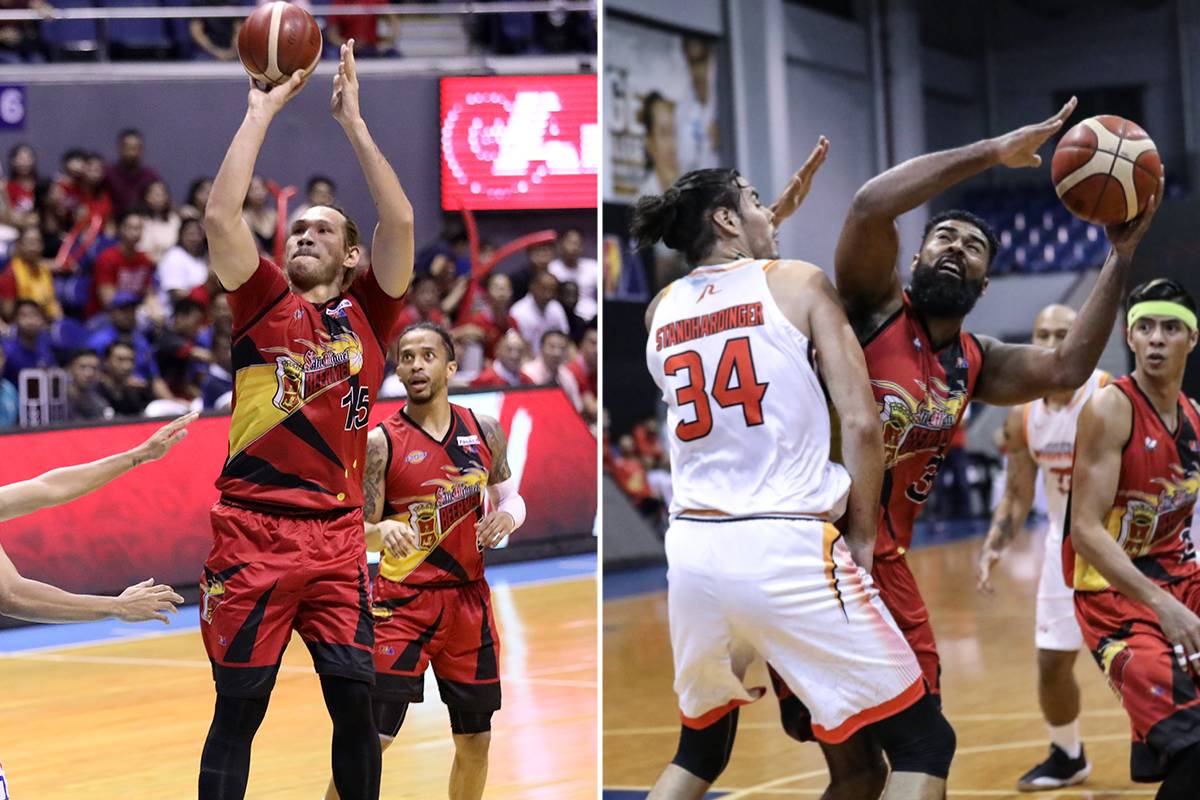 San Miguel head coach Leo Austria feels proud of what Mo Tautuaa did for the Beermen in the PBA bubble last season, filling in the gaping hole left by the reigning six-time Most Valuable Player June Mar Fajardo.

And he wasn’t even at full strength then.

The four-time Coach of the Year told Tiebreaker Vodcasts’ Coaches Unfiltered, presented by SMART, that the 31-year-old was just at “70 to 80 percent” entering the bubble mounted at the Clark Freeport due to leg problems.

“I’m happy for him because he was able to play some of his potential. I think it’s only 70 to 80 percent of his potential because he’s not healthy at that time. Going to the bubble, he’s feeling something wrong with his legs,” he said.

Fortunately for him and the Beermen, his condition did not worsen. And that benefited them on the court. Tautuaa helped his team buck a slow start for a fourth-seed finish, giving them a win-once edge in the Philippine Cup quarterfinals.

The 6-foot-8 bruiser averaged 18.9 points – eighth in the league – and 7.5 rebounds in the eliminations. That includes a 26 and 14 outing versus Blackwater last Nov. 3, where he logged in a total of 43 minutes and 40 seconds.

“He was able to recover and play hard every game,” Austria told the program supported by Mighty Sports.

“I’m happy for Mo because he accepted the role we’ve given to him and slowly but surely, he’s improving a lot.”

For the decorated mentor, things would have gone better if Tautuaa had enough time to jell with SMB. But he already felt confident that Tautuaa could deliver based on what he saw in their first game last March.

There, the Fil-Tongan slotman had 20 points and 11 rebounds, leading the way for the Beermen’s 94-78 thrashing of rivals Magnolia in a rematch of the 2018 and 2019 all-Filipino championship battles.

“Unfortunately, we didn’t have a lot of time to practice. But I’m confident with him before the start of the conference because he played well in our lone game before the bubble eh, against Magnolia,” he said.

The Beermen’s bubble campaign ended in heartbreak, though. They witnessed their five-year reign as kings of the PBA’s most prestigious conference end after losing to the Meralco Bolts – twice.

Still, Austria remains optimistic about the future, especially now that Fajardo is set to return following a year of recovery. And the eight-time champion coach cannot wait to see both Fajardo and Tautuaa share the court.

“I think they will complement each other,” he said.

“Because Mo can play stretch four or can play big, so I think they can play at the same time. I think it’s a matter of time how to build the chemistry between these two guys.”