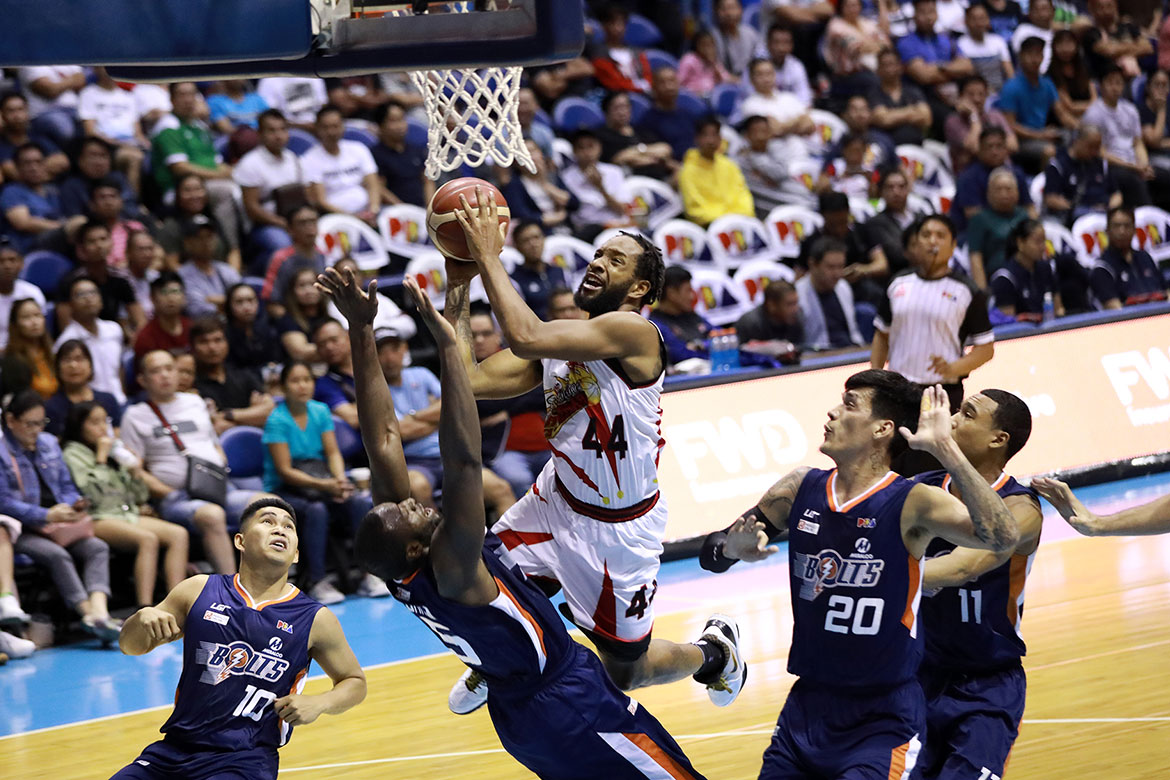 Wells got hurt at the 6:15-mark of the second quarter as he badly rolled his left ankle while trying to evade the defense of Chris Newsome. The NBA G-League veteran grimaced in pain while on the floor before heading to the team’s bench.

The San Miguel import still managed to return with 4:26 left in the period. But he did not see action in the second half, exiting with 18 points on 7-of-11 shooting along with three rebounds, two assists, and a block in 18 minutes.

Without him, the Beermen absorbed a humiliating 99-125 defeat, absorbing their second loss in a row.

“We didn’t want to aggravate it, that’s why we didn’t allow him to play in the second half,” said Austria after the match. “But I think for the fact na nakabalik siya after he twisted his ankle, I think there’s nothing serious about it.

“What our PTs want to manage is the swelling, because it could affect a lot of things sa kaniyang ankle. Kaya kailangan mag-subside kaagad. Through the help of PTs, they know what to do, and I think he will be okay next game,” he added.

For Austria, what concerns him more is the involvement of the locals in their last few games.

Austria felt like the local crew has been too reliant on Wells, who scored 52 points in a 124-129 loss to Ginebra last October 13; then 56 points versus NorthPort Batang Pier last October 23, which came in a 119-127 loss.

“My concern is the local players. They should provide help to Dez because for the fact na yung player is scoring fifty-six points, there’s something in it that he could help a lot in our team. But he cannot do it alone,” he said.

“I think we have a problem with the locals because we’re relying more on him. We should understand the situation of our team right now. We have a good import and as much as possible, he’s trying his best to get the team involved.”

The Beermen will next play on November 6 versus the Blackwater Elite. And Austria hopes that the time in between will be enough not just for their import to fully recover, but for the whole team to reflect and sort things out.

“We’re fortunate because we have ten days before our next game, and a chance to reflect because we’re trying to figure out what’s really wrong with us, if it is physically, mentally, or psychologically,” said the decorated mentor.

“There are so many things that contributed to our bad performance in the last four games. Although we won against Columbian (113-107), we’re not happy that game because we just came from behind,” furthered Austria.

“There’s a lot of people expecting a lot more from us and that’s not our game. We should get back to the way we played in the playoffs, and the way we play right now is not like we’re looking for another championship.”