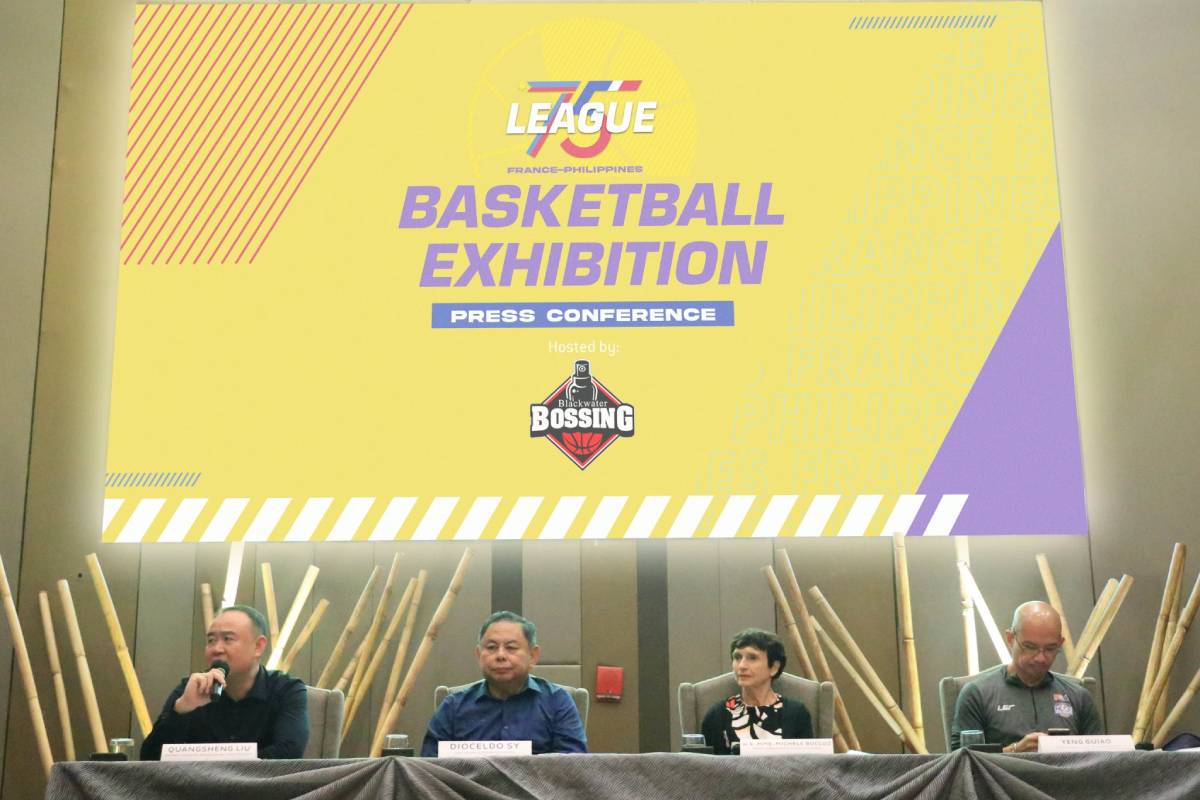 Blackwater, NLEX, and Bay Area are all set to gain valuable experience ahead of the 2022 PBA Commissioner’s Cup as they take on the visiting LDLC Asvel in a five-day exhibition event at the SMART Araneta Coliseum.

The three teams will separately take on the most successful French ball club in League 75, a series of goodwill games that are part of the 75th anniversary celebration of the diplomatic ties between the Philippines and France.

“We’re looking forward to the adjustment of the style we play with the help of Asvel coming in,” said Sy, who was one of the brains behind the event.

Asvel, which is owned by basketball icon Tony Parker, is coming over to Manila soon for the mini showcase slated on August 31-September 4.

The team will be bannered by former NBA cager Nando de Colo and Joffrey Lauvergne, both of which were part of the France squad that ruled the 2016 FIBA Olympic Qualifying here. Head coach is Parker’s brother TJ.

Bay Area, a team led by ex-NBAers Andrew Nicholson and Myles Powell plus 7-foot-5 center Liu Chuanxing, will be the first to play Asvel on the 31st.

NLEX get their turn two days later, followed by Blackwater on the 4th where they are expected to parade import Cameron Krutwig.

While League 75 will be one of the Dragons’ first gigs since being founded last year, the cagefest is viewed by both the Road Warriors and the Bossing as another way to grow in a bid to better their finishes in the Philippine Cup.

Both teams bowed out of the quarterfinals, and they are definitely looking to improve that in the mid-season conference opening on September 21.

But out to make some noise as well is Bay Area, who will be playing in the PBA as a guest team and is eligible to win the championship,