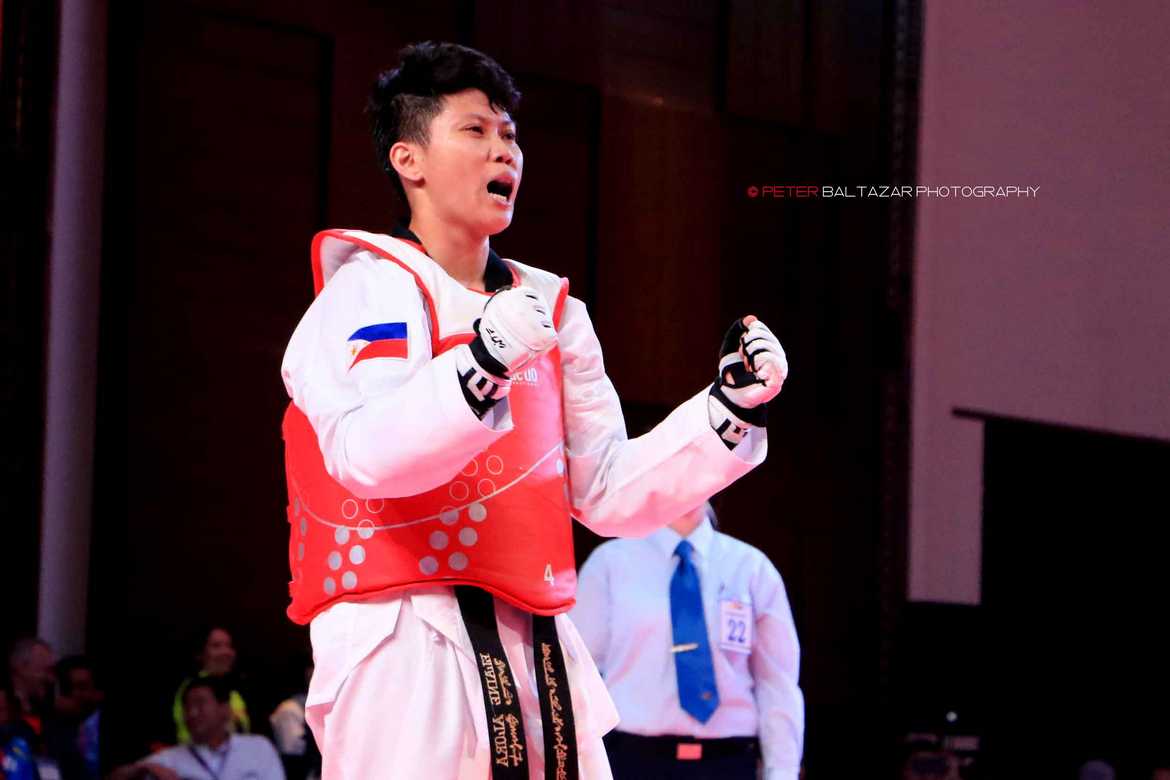 Filipina taekwondo jin Kirstie Elaine Alora plunges into action, confident of winning a medal and giving the Philippines its best finish ever in Olympics history.

Alora is the only remaining medal hope for the Philippines in the 2016 Rio Olympics. She will compete in the women’s +67 kg class and is out to follow the footsteps of silver medalist Hidilyn Diaz of weightlifting.

The 12 other Filipino athletes who qualified in six other sports to this Summer Games have already flown out of Rio de Janeiro, leaving Alora as the only one carrying the fight for the Philippines.

If she wins a medal of any color, the Philippines will surpass its previous best finish of three bronze medals in athletics, boxing, and swimming in the 1932 Los Angeles Olympics.

Alora’s match, or matches, come on the penultimate day of action in Rio de Janeiro, Brazil. On Sunday, the Rio Oympics will come to a close.

Diaz won the silver in the women’s 53 kg class in weightlifting last August 7. She ended the country’s 20-year medal drought and became the first female athlete from the Philippines to win a medal in the Olympics.

Alora can rewrite history for the Philippines starting 10:30 a.m. [Rio time]. She needs to win three matches to reach the finals set at 10 p.m.

On the eve of the competition in her weight class, Alora welcomed her parents and elder sister to her living quarters inside the Athletes Village. She also spoke to sports officials led by Philippine Olympic Committee president Jose Cojuangco.

Alora will face 2008 Beijing Olympics gold medalist Maria Espinoza of Mexico in her first match. She said it will be the toughest match of her taekwondo career.

“I feel this is the toughest match of my life,” said Alora, who has worked very hard in training since she qualified to the Rio Games last April and since she arrived here in Rio last July 23.

“I’m just ready to fight tomorrow. I’m very confident that I will do my best to win and deliver a medal,” said Alora, adding that she is focusing on one fight at a time.

For now, the only fighter in her mind is Espinoza, ranked number one in their division. Aside from the gold in the Beijing Olympics, she has also won the bronze in the 2012 London Games.

Alora has her eyes on Espinoza, who is two years older at 28. The two fighters stand close to 5’8” and are of the same build. In Friday’s weigh-in, Alora was near 75 kgs.

The Filipina is not looking ahead of Espinoza, who was also a gold medalist in the 2007 World Championships, and is known for her powerful and aggressive style.

Alora trained on Friday morning under her coach Kitoy Cruz then relaxed the rest of the day. Pinoy officials sought a special pass for her sister, Kathlyn, so she could have company in her room.

The two-time Asian Games champion is so focused on Espinoza that she’s not even thinking of winning a medal or giving the Philippines its best finish in the Olympics.

Alora said she and her coach jave studied Espinoza’s style as hard as they can, and that she finds some similarity in their fighting style.

“Siguro yung experience lang sa Olympics and lamang niya,” said Alora, who added that when they fought the first time she didn’t knew that Espinoza just won the gold in the Beijing Olympics.

She doesn’t mind that she’s the only one left in contention and that her fellow Pinoy athletes who competed here are back home.