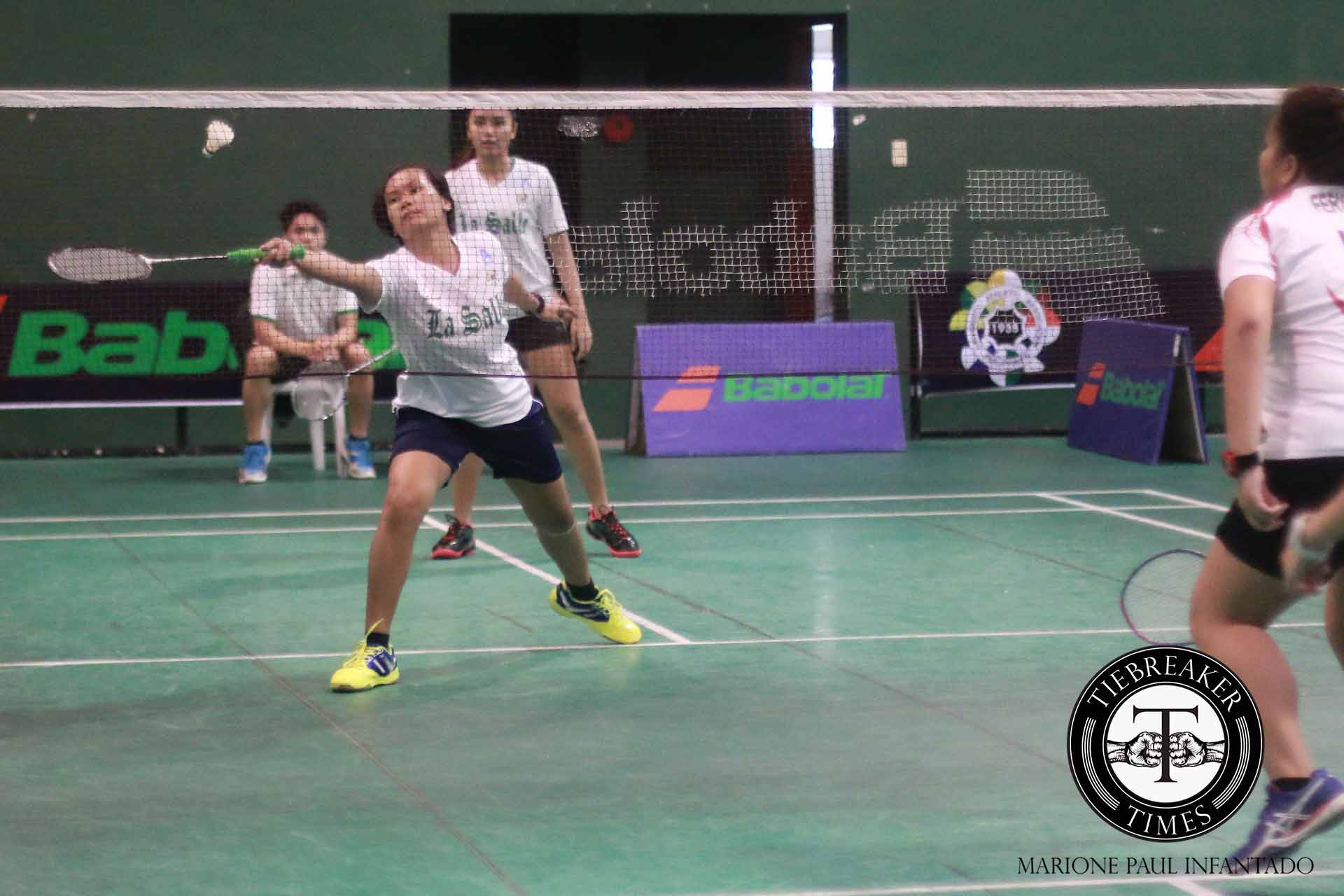 The De La Salle University Lady Shuttlers flounced to another victory after defeating the bottom seed, University of the East Lady Warriors last September 28 at the Rizal Memorial Badminton Hall.

The Lady Shuttlers turned their winning roll back again in the court starting with their prominent player, Iyah Sevilla who dominated the first singles against UE’s Heide Rosal in straight sets in just 18 minutes, 21-11, 21-8.

Arianne Rivera followed her teammate’s trail and blew off Lyra Rosal of UE in 21 minutes of game play. There was not much attacks that came from Rosal, so most of her points were unforced errors by Rivera, who eventually got a straight-set win, 21-8, 21-10.

In just 20 minutes, the great Taft tandem of Kristelle Salatan and Aires Montilla hurriedly sealed the victory after they took out the Eryka Labay and Pamela Hernandez duo of UE, 21-11, 21-7. Although most of the attacks were from Montilla, team captain Salatan also made a good impression inside the court after making runs in the second set.

In the second doubles Isay Leonardo and Iyah Sevilla were also on the roll after beating the Rosal Sisters of UE, 21-15, 21-12. The come back of Camille Gotohio from DLSU, put the cherry on top, as she was able to win the last sets of the game.

On October 1 at 1pm, the DLSU Lady Shuttlers (5-1) will face the Adamson University Lady Falcons (1-5) while the UE Lady Warriors (0-6) will go up against defending champions, the University of the Philippines (6-0).