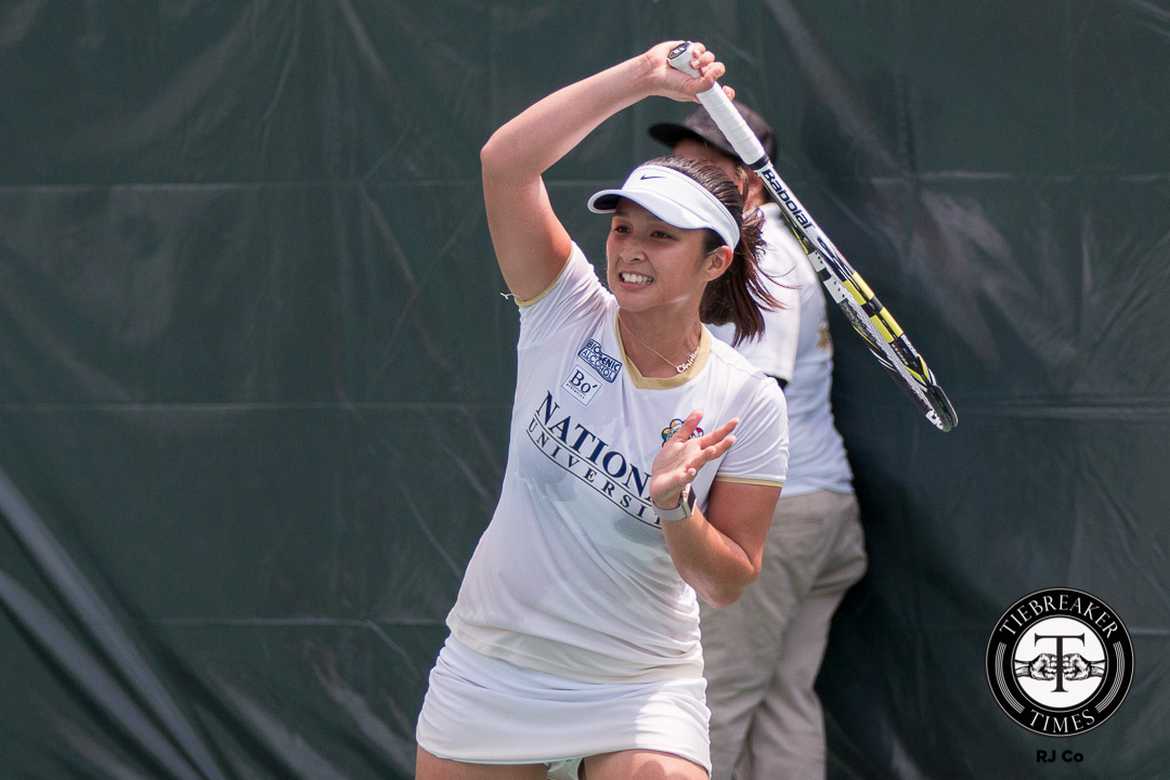 Clarice Patrimonio fashioned a 6-1, 6-1 drubbing of Kendies Malinis in the first doubles to put the Bustillos-based ladies on top.

Goldie Nagret and Zaza Paulino the doubled the advantage, winning over Genevieve Caorte and Shy Gitalan in the first doubles match. NU easily took the first frame at 6-3, but some lapses and improved execution from UST sent the second into a tiebreak. Nonetheless, Nagret and Paulino closed it out.

Erika Manduriao continued to show impressive confidence for the Tigresses as she dragged Tin Patrimonio to a deciding third set. Only, the reigning Most Valuable Player stamped his clas to get the match and the win for NU, 6-3, 5-7, 6-4.

Anna Bienes and Apol Hipolito also had a hard time against April Santos and Ingrid Gonzales before putting up another win for the Blue and Gold at two extended 7-5 sets in the second doubles match.

Head coach Karl Santamaria admitted, “We didn’t play our ‘A’ game vs UST, mainly because of the tough conditions — windy and hot — but we managed to get the job done.”

“[UST] always present[s] a good challenge with their deep roster and good doubles teams,” the mentor continued, talking about his former squad.

However, Santamaria praised his wards with the character they have shown. “Both doubles matches were close, but we showed enough poise and experience to pull it out,” he said.

The still undefeated Lady Bulldogs (2-0) will take on an inspired University of the Philippines Lady Maroons (1-1) on Saturday, February 25, even as the Female Tennisters face the Ateneo de Manila University Lady Eagles (0-1) earlier that day.