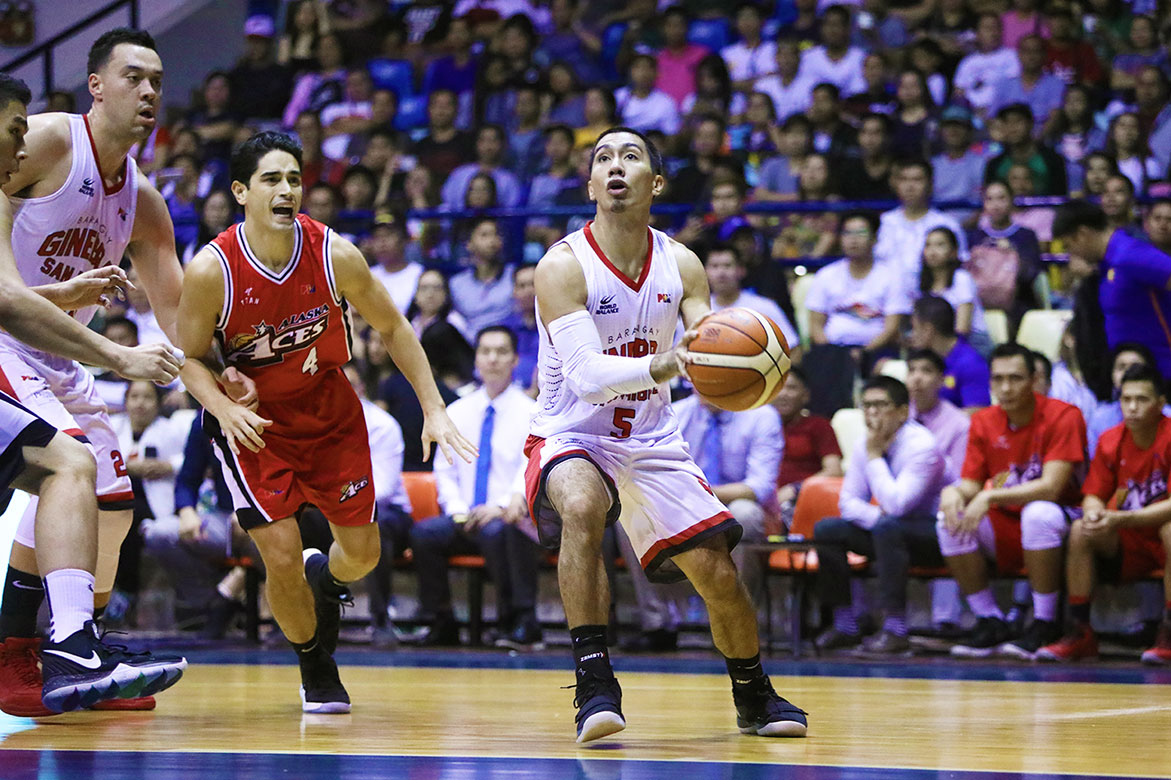 As seething as Tim Cone had been, LA Tenorio doesn’t have any issue whatsoever with the three-pointer Simon Enciso made in the dying seconds of the Alaska Aces-Barangay Ginebra tiff when the game had been all but settled.

The Barangay had themselves ready to go home with a 23-point beatdown, but the gap suddenly ballooned to 26, 78-104, when the gunslinging guard fired away a triple from the left wing as per the instruction of the coaches.

Cone was already on his way to shake Compton’s hand, but quickly turned away in disappointment after that shot.

For Tenorio, it is the least of his concerns. What he’s really thinking of had been the way the Gin Kings played, considering that they are well-rested just like every other team following the PBA’s two-week break for the FIBA Qualifiers.

The Gin Kings started to lose control of the match early in the second frame when they allowed the Aces to take a 14-point lead, and they hit rock bottom when the latter went up by 30, 95-65, with about six minutes left to play.

The loss had snapped the Barangay’s mini two-game winning streak.

“I’m more concerned on how we lost the game today. Its okay to lose but para sakin, concern ko hindi dapat ganito matalo — no effort, walang character yung team, wala kaming ginawa,” said Tenorio, who had 11 points in the loss.