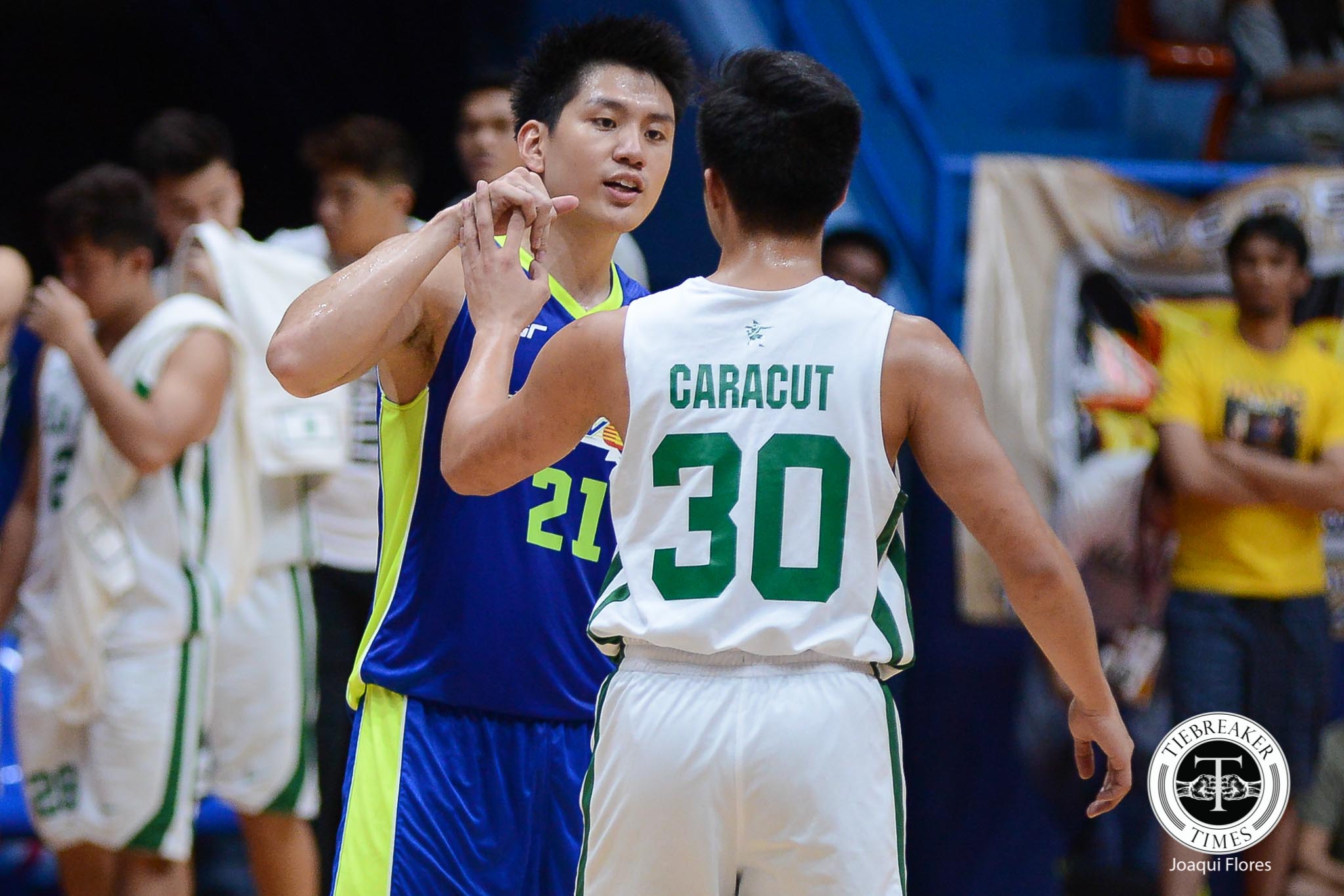 Not too long ago — December 7, 2016 to be exact — Jeron Teng and Thomas Torres ended their UAAP and De La Salle University careers with a championship. 165 days later, the two La Sallians — now part of the Flying V Thunder — were taking on the Green Archers in a hotly-contested tune-up in their home floor Filoil Flying V Centre.

But with both the former Green Archers needing to improve their games before heading into the PBA, Ayo and his team made sure not to hold back.

And for 40 minutes, the Green Archers showed both of their former skippers what it is like to experience “Mayhem”. Teng was able to get his numbers, 24 points and four rebounds, but was forced to commit two turnovers. Torres, on the other hand, added 12 points, four rebounds, two assists, and three steals.

“I wanted to give my best lang para to help out kahit paano sa La Salle,” declared Teng, who won two championships with La Salle.

One of the La Sallians who enjoyed every minute of sharing the same court with Teng was reigning Most Valuable Player Ben Mbala. The Cameroonian student-athlete tallied 19 points and grabbed 10 rebounds. But it was his swat on Teng, a chase-down block during the second frame, that made him realize that Teng would no longer be his teammate in the upcoming season.

“We went out there competing with each other, laughing at each other,” the 23-year-old reflected.

“That’s why he probably laughed at me when I blocked him, but its part of the game,” Mbala quipped.

Outside of the laughs and jabs thrown during the game, Ayo was able to teach a thing or two to his former players in those 40 minutes they were able to share the hard court once more.