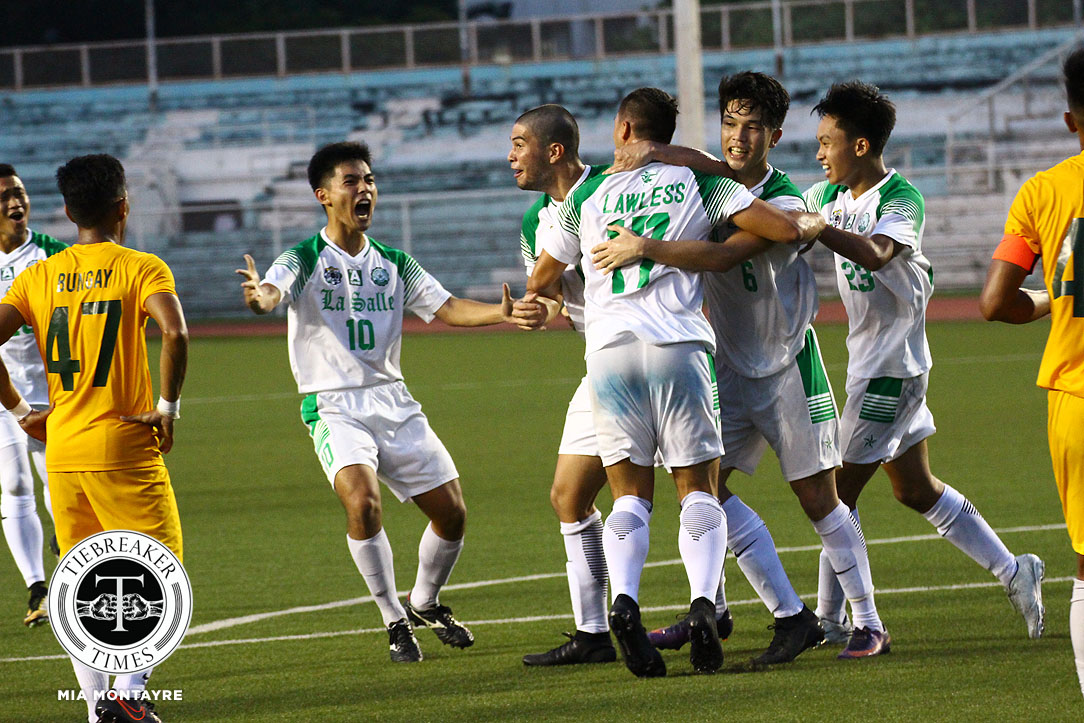 You can’t change the past, but you sure can control your present to build a bright future

“Like I told other guys before, this is an entirely different team from last year,” said La Salle head coach Hans-Peter Smit after his players got their first win of the UAAP Season 80 Men’s Football Tournament.

Any game between both schools is always something that fans looked forward to once the schedule comes out. It should come as no surprise that the two squads sought to get an early goal right from kickoff.

It was the Tamaraws who broke the deadlock, thanks to some fine individual skill from veteran winger Rico Andes. The left-winger slalomed his way past the Green Archers defense and shot past goalie Paeng De Guzman for the opener in the 21st minute.

La Salle struggled to react to Andes’ goal, and the Tamaraws’ star man almost got his second of the match if not for a good save from De Guzman. FEU had La Salle in their sights, but that was set to change 10 minutes before halftime.

Mathew Custodio — La Salle’s former blue-chip rookie who failed to score last season — finally broke his psychological hump and leveled the scores for the Green Archers. The sophomore timed his run well to break FEU’s offside trap and squeezed a shot over Tamaraws goalie Rey Joyel in the 35th minute.

At the other end of the pitch, Custodio played with renewed intensity as he constantly pressured the Tamaraws’ backline. One instance saw the sophomore unleash a fine cross to his strike partner Jose Alegre, whose shot was brilliantly parried away by Joyel.

And then came La Salle’s cavalry. With less than 15 minutes left on the clock, the Green Archers found a way to score two quick-fire goals to sink the Tamaraws. Substitute striker Christopher Lawless eluded the Tamaraws defense and saw his shot deflected into goal in the 77th minute.

The game was well and truly sealed a minute later when Yoshihiro Koizumu’s strike went past Joyel. The Green Archers emerged 3-1 winners over the Tamaraws, who suffered their second straight loss this season.

On February 11, La Salle hope to rise to 2-0 in the standings against the Adamson University at 1:30 PM, while FEU target to tally in the win column versus the University of the East afterwards at 4:00 PM. Both games will be held at Rizal Memorial.