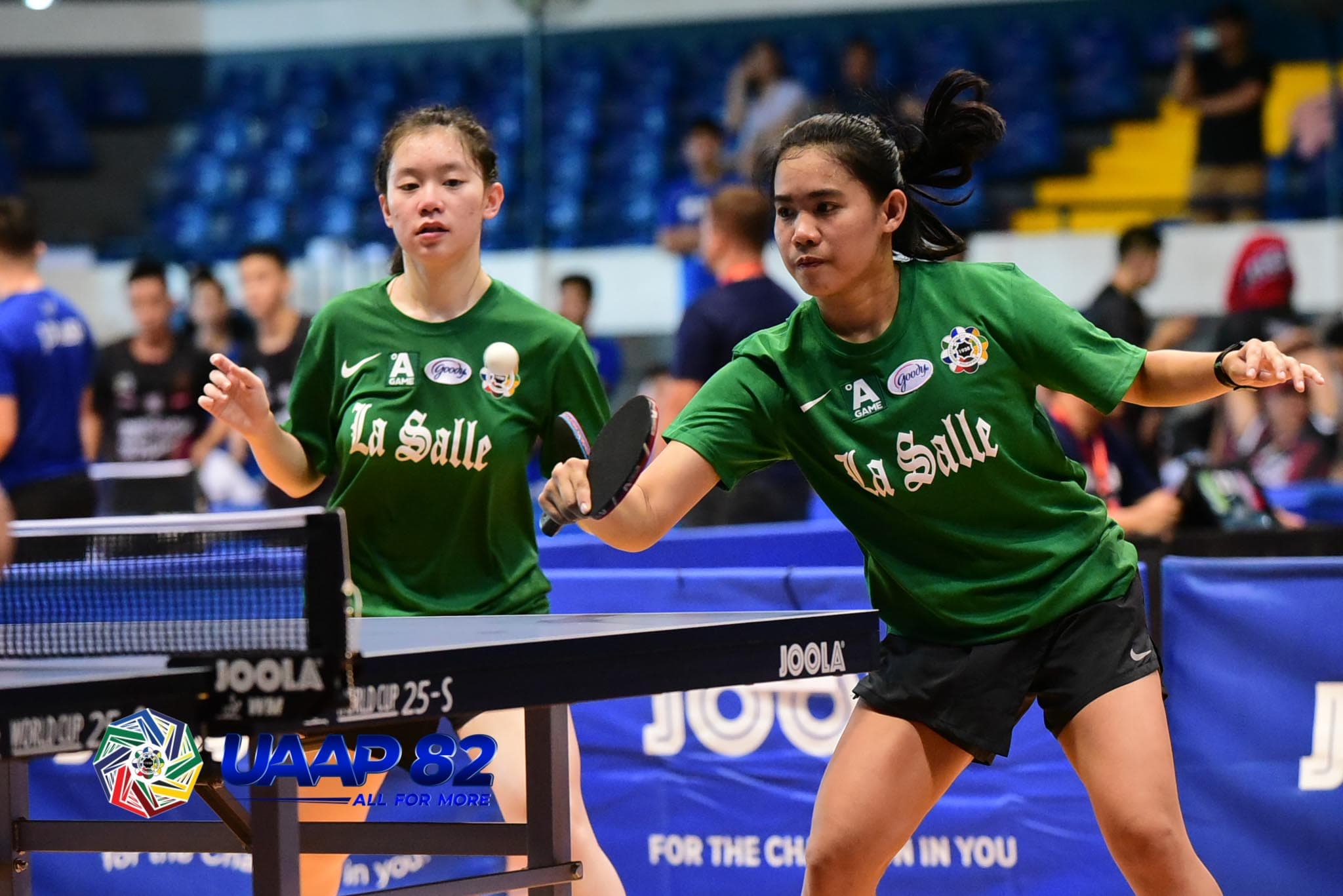 La Salle took the top of the leader board after sweeping its outings at Day Two of the UAAP Season 82 Women’s Table Tennis Tournament, Sunday at the Blue Eagle Gym in Quezon City.

The Lady Paddlers from Taft shut down rival University of the Philippines, 3-0, in the morning. They then closed out the afternoon session with a similar sweep of National University.

Jasmine Tan and Kimberly Sorongon completed the rout on both occasions, picking up where singles players and rookies Crystal Canoos and Rein Teodoro left off.

The Lady Green Paddlers duo pulled through a tough second set loss to deny Fellane Labian and Pau Cabrera of UP in four games. They then needed a similar comeback against Romelyn Pacquiao and Amiel Sazon of NU for their squad’s fourth straight win.

Ateneo, on the other hand, stunned defending champion University of Santo Tomas, 3-1. Ana Calvo took the win for the Lady Eagles over Ciara Derecho in straight sets in the third singles rubber.

The win put Ateneo and UST at similar 3-1 win-loss records, ahead of University of the Philippines and Far Eastern University who are both at 2-2. The Lady Eagles also won over the Lady Bulldogs at 3-1, while the Lady Tigress Paddlers earlier swept the Lady Tamaraws.

The Lady Maroons waylaid Adamson later in the afternoon; meanwhile, the FEU had to clinch the deciding singles match to stop University of the East to split their day’s assignments.